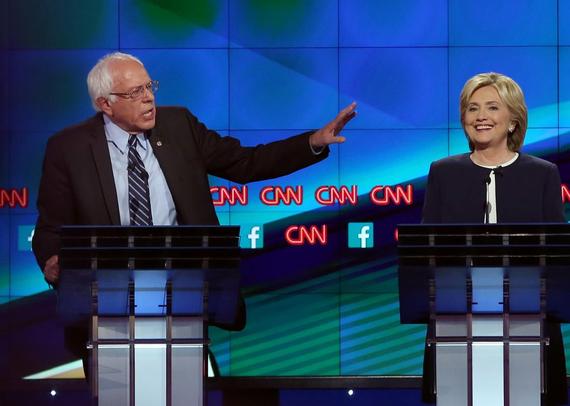 Here's what appears to be a significant flinch among Democrats with regard to supporting Bernie Sanders over Hillary Clinton:

Bernie acknowledges the system is broken, and no one person can fix it, starting with dismantling big banks.

A vote for Bernie Sanders implies a tacit agreement to get involved and become part of the revolution he envisions. This call to action is not new or unprecedented (see John F. Kennedy inaugural address.) But it is a call to action beyond pulling a lever.

So it can be argued, if you want the most effective candidate, with a limited liberal agenda, vote for Hillary Clinton. If you want someone to lead a revolutionary transformation of America, starting with dismantling the big banks, and your're willing to get out in the streets and do the work necessary to support it, vote for Bernie Sanders. Just saying. What do you think?