This year, traditional songwriting went head-to-head with algorithm-based formulas, leaving our brains confused about what makes a good song (and what constitutes the concept of an album). Should we love something just because it's hummable and memorable (i.e. anything by The Weeknd)? Or should we expect more out of a song (like when Adele shows us greatness)? Is there room for both approaches? With songwriting teams, collaborations and the ubiquitous melodies of super Swede Max Martin all over the charts in 2015, it was difficult to sift through the barrage. The top choices, however, perfected old sounds in new ways. Below, our roundup of 2015's best albums: 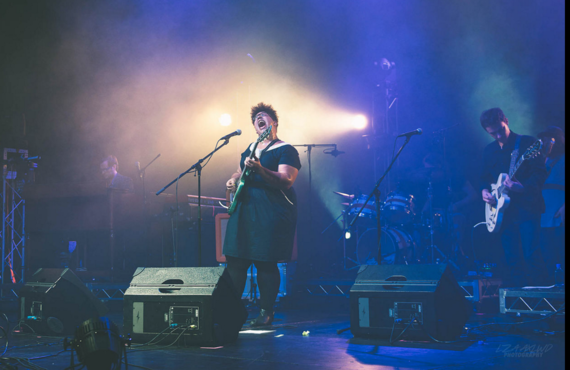 1. Alabama Shakes / Sound & Color
This mature, genre-bending collection from Brittany Howard and bandmates is further proof that the group deserves the hype it has generated since its formation in 2009. Seeing the Shakes perform the album live in Muscle Shoals this past August was an out-of-body experience. Don't call this blues or rock. It's otherworldly.

Standout Track:
"Gimme All Your Love"

2. Adele / 25
Seriously, what is there to say? We can't get enough of the voice, the authenticity, the songwriting brilliance (even if she shares credits on every track, her style shines through). As great as 25 is, we can't wait for the next album. Will it be 28? Just imagine if she came up with a recording of universal healing a la Marvin Gaye's What's Going On? Adele, we're in it with you for the long haul!

3. Leon Bridges / Coming Home
It's too bad Bridges's songs are often labeled as "retro" simply because they use traditional vocal styles and instruments. This Texas-by-way-of-Atlanta singer is only 26, but he brings six decades of style together in songs that tell the story of love and life in the South. Hot sounds!

4. Duran Duran / Paper Gods
This is the best surprise of the year: a completely relevant, danceable, addictively tuneful album by Duran Duran that feels 100% like it belongs in 2015. Although the group has had moments in and out of the spotlight since its heyday in the 1980s, its songwriting has never stopped evolving. This is fun, with depth.

5. Jason Isbell / Something More Than Free
This Drive-By Truckers alum has outgrown his role as a fixture on the scene in both Athens, Georgia and The Shoals area in his home state of Alabama: he's going worldwide. Here, Isbell toes the line of Americana, but sounds more like a roots-rock poet than a country buff. With expert production by rising star Dave Cobb, this record makes us think about the fleeting moments in our own lives.

6. Florence and the Machine / How Big, How Blue, How Beautiful
A gorgeous, sweeping album from Florence Welch, How Big blends the best of current pop stylings with the expansiveness of rock opera. Sunnier than her previous outings and with plenty of singalong moments, this one is not to be missed.

7. Soundtrack from the Broadway musical, Hamilton
Who could write a musical about Alexander Hamilton and make it a smash hit? Apparently only Lin-Manuel Miranda, who penned the book and the music for this Broadway play that attempts to bring hip-hop and history together onstage like no other show before it. The soundtrack stands alone as the first to make it to the #1 spot on Billboard's Rap Albums chart.

Standout Track:
"Who Lives, Who Dies, Who Tells Your Story"

8. Ryan Adams / 1989
Taylor Swift's lyrics go through dark twists in the mouth of Ryan Adams, whose remake of 1989 is infinitely more listenable than hers, at least to the guitar-bass-drums crowd. Sounding like a slacker Springsteen for the Starbucks generation, Adams turns lightweight girl pop into anthemic nerd rock. We keep pushing play.

Standout Track:
"All You Had to Do Was Stay"

9. Kendrick Lamar / To Pimp A Butterfly
Although unable to break away from the hip-hop stereotypes (in which women are still referred to as b****es), Lamar gets kudos for his lyrical prowess. especially when he mashes up his personal journey with the life of a character from Alex Haley's Roots.

10. The Weeknd / Beauty Behind the Madness
The songs seem to reference partying and addiction, but the swinging rhythms and happy melodies make us want to hear every line in these stories about late nights and hazy mornings. In the end, we're rooting for singer Abel Tesfaye to come clean, yet his struggling never sounded so good.

Standout Track:
"In the Night"

Paul Weller / Saturn's Pattern
Standout Track:
"I'm Where I Should Be"