Alcohol can either give you a beer belly or help you uncover your abs. After all, while one Archives of Internal Medicine study shows that people who put back one or two drinks a day are less likely to gain weight, research in The American Journal of Clinical Nutrition shows that men consume an extra 433 calories on days they have just a couple of drinks.

While lowered inhibitions and drink-fueled munchies have something to do with it, 61 percent of the caloric increase comes from the alcohol itself. So, if you're trying to lose weight while still enjoying the occasional drink, you'd better be wise about which drinks you choose. Here are the best and worst booze you can order. 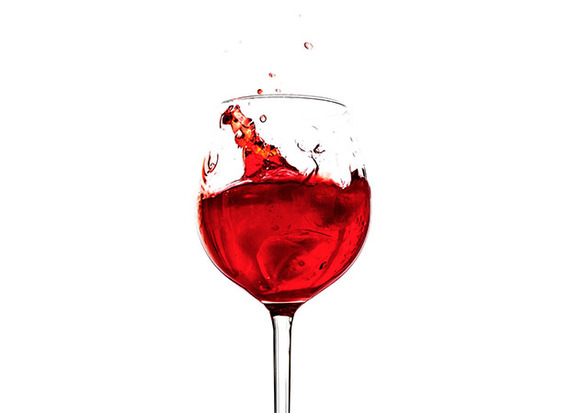 Red or white, you can expect to consume roughly 100 to 120 calories per glass. (That's assuming, however, that you're drinking a standardized 5-ounce glass. Research from Iowa State and Cornell shows that people tend to over-pour by 12 percent.)

However, there are some considerations to make when picking grapes: White wine typically contains fewer carbohydrates than does red wine, which makes a small difference in terms of calories, says Caroline Cederquist, M.D., author of The MD Factor and creator of bistroMD. Meanwhile, red wine is richer in antioxidants, and a 2014 study in The Journal of Nutritional Biochemistry, red wine's ellargic acids delay the growth of fat cells while slowing the development of new ones. 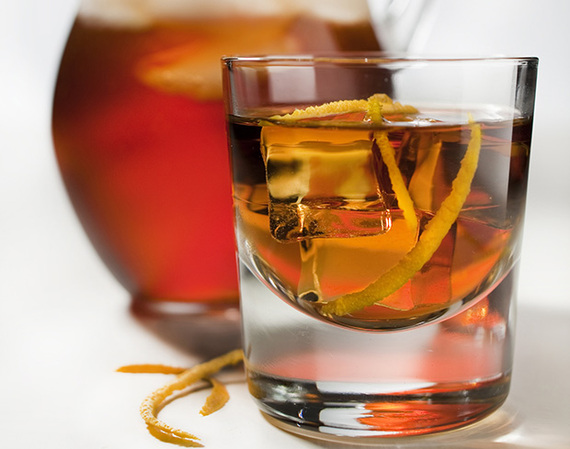 "A fortified wine with higher alcohol content and infused spices and herbs, vermouth is a calorie saver if you have it by itself--as it's commonly served in Europe," says Georgie Fear, R.D., author of Lean Habits for Lifelong Weight Loss. A 1.5-ounce serving contains a mere 64 calories, and typically contains about 15 to 18 percent alcohol, she says. Plus, research out of Budapest shows that it's jam-packed with polyphenol compounds, which may promote healthy weight loss.

Still, remember that if you mix it into a Manhattan or martini, you're probably going to be consuming far more calories and sugar, Fear says. 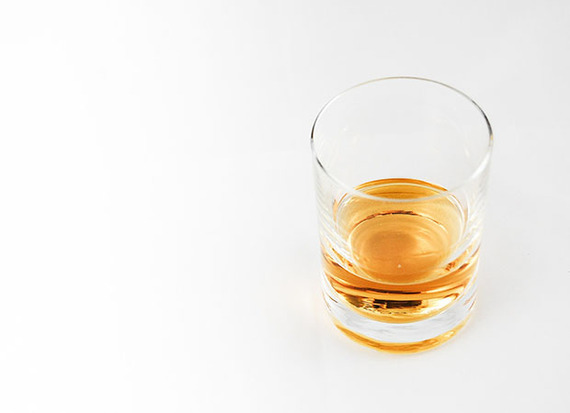 When it comes to getting the most alcohol for the fewest calories, shots and straight booze on the rocks are the way to go. "There isn't much of a difference between 80-proof hard liquors," Cederquist says. "They all have around the same amount of calories and carbohydrates." And as calories increase along with alcohol content, the difference isn't huge. For instance, a shot of 86-proof whiskey contains 105 calories and a shot of 80-proof vodka contains 97.

However, you also need to keep in mind that the sweeter the liquor, the more calories it typically contains, she says. "If you're looking for a lower calorie alternative, avoid the flavored vodkas and spiced rums and go for the original or 'plain' option offered," she says. "If you are looking for a flavor boost, try low-calorie mixers like a flavored seltzer or fresh squeezed lemon or lime. This will provide the taste without the calories." 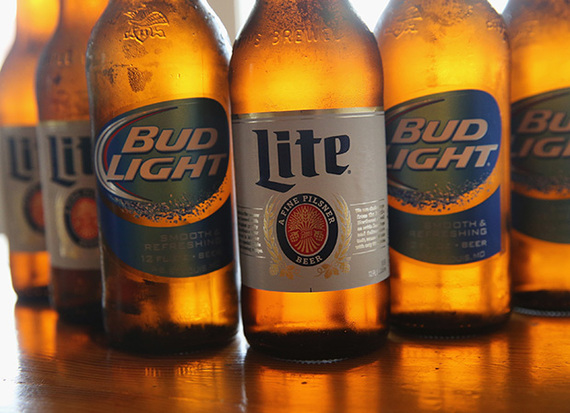 With fewer calories and carbs, these are the best brewskis for weight loss, Cederquist says. Many light beers contain 90 to 100 calories per 12 ounces, while extra-light beers pack about 55 to 65.

However, just don't use that as an excuse to have more beers than you typically would, or you'll undo all benefits. Hey, they generally pack less alcohol, right? Well, yeah, but they actually tend to have a higher percentage of their calories coming from alcohol compared to standard brews. Budweiser Select 55 for example derives 88.2 percent of its calories from alcohol, compared to Bud Light at 74.1 percent, and regular Budweiser at 66.9 percent calories, Fear says. 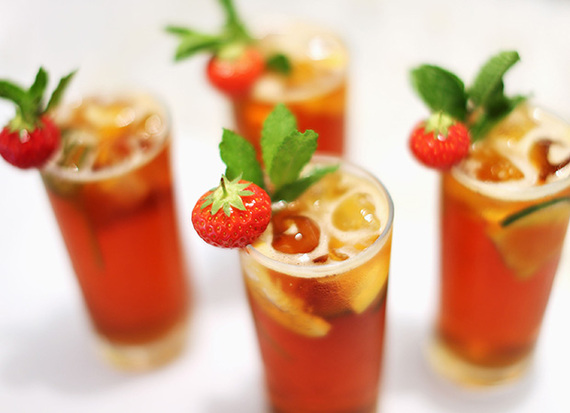 "Margaritas and Long Island Iced Teas can set you back more calories than a large order of McDonald's French Fries," Fear says. Even worse, calories from sugar-laden drinks come as a sneak attack. When you drink a marg, your body is so overwhelmed with the alcohol content that your body doesn't properly metabolize the sugar. Instead, it stores the sweet stuff as fat.

There is never a good excuse to drink these and other sugar-filled cocktails especially if you are trying to lose weight or not develop diabetes, she says. Now, if you've got a skilled mixologist behind your bar, you're probably calorically safe ordering a cocktail. After all, he'd never serve up one of these artless offenses. 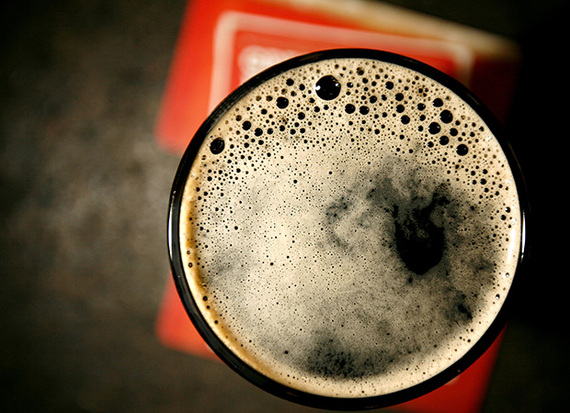 The Only 5 Exercises You'll Ever Need

5 Exercise Machines You Should Never Use at the Gym

PHOTO GALLERY
15 Twists On Classic Cocktails
Download
Calling all HuffPost superfans!
Sign up for membership to become a founding member and help shape HuffPost's next chapter
Join HuffPost
Voting Made Easy
Register to vote and apply for an absentee ballot today
Register now 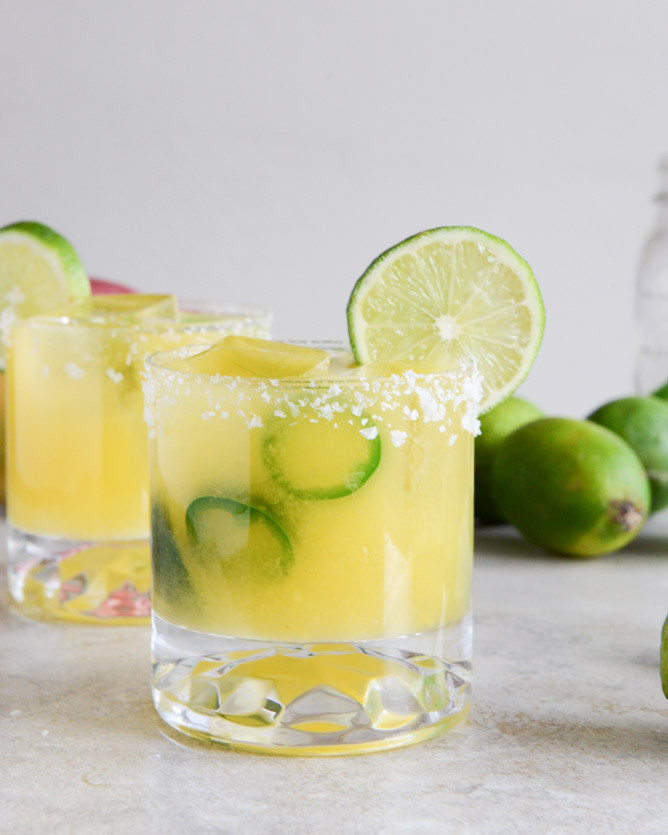