On a personal level, I want to say "thank God" that the year 2010 is coming to an end, but artistically speaking it was definitely a year to remember. Los Angeles museums as well as galleries did us proud by organizing some truly remarkable exhibitions, though unfortunately on a few occasions their efforts misfired. So let's start with the winners and end with the clunkers. Am I seeing your ears perk up? 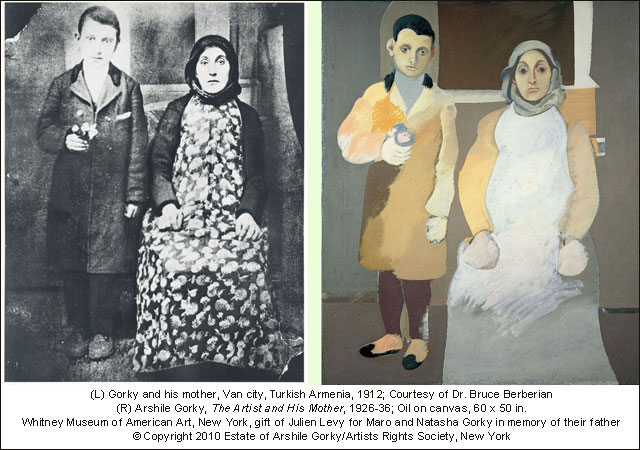 My absolutely favorite was the traveling retrospective of Arshile Gorky, which was hosted by MOCA. The artist lived his entire life with the painful memory of his childhood in Armenia and the ghost of his dead mother. The story of Gorky's life made you want to cry but his paintings-at this beautifully installed exhibition-made your spirits soar.

At the Getty, we had the rare chance to get up close and personal with Rembrandt by staring at numerous drawings done by him and his students. Visitors were encouraged to participate in an ongoing scholarly dispute about the attribution of these drawings. The lingering question remains: which of them were done by the Master himself and which by his students? 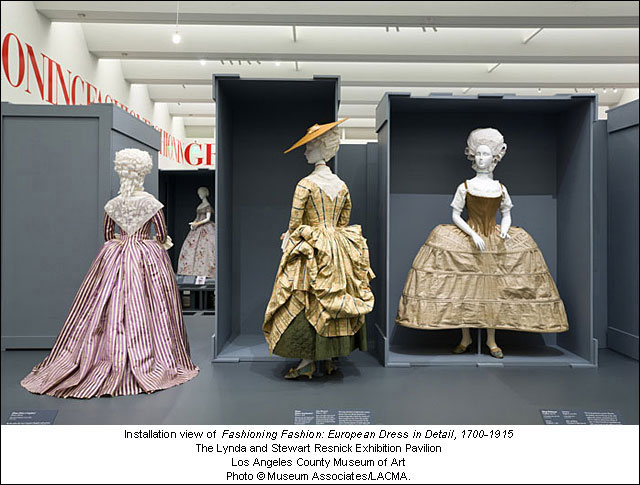 LACMA had a number of important exhibitions but the one that made me return three times was Fashioning Fashion. Its mouth-watering presentation of European costumes-with their shimmering fabric and exquisite embroidery-was so seductive...one could barely resist the temptation of touching the beautiful garments.

The Hammer Museum surprised and delighted us with a small, focused exhibition of paintings by Eva Hesse, known primarily as an excellent sculptor, but this smartly installed exhibition persuasively made a case for her as a painter of considerable talent. 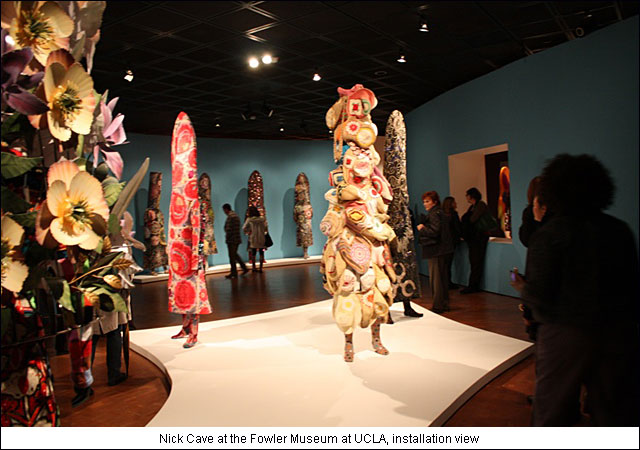 The nearby Fowler Museum hosted an exhibition by Chicago-based artist Nick Cave that gave visitors a happy Halloween-like mood with his Soundsuits sculptures. Part haute couture, part African ceremonial costumes, the Soundsuits are meant to be worn by dancers. If you were not seduced by the carnival energy of these costumes it meant you were only half alive.

The small and feisty Santa Monica Museum of Art excelled with the provocative exhibition of Italian artist Alberto Burri, whose name was unknown to most Angelenos before that. Trained as a doctor, he volunteered during WWII to serve in the Italian army and subsequently was captured by the Allies and sent to a POW camp in Texas. As strange as this sounds, all this turned him into a surprisingly original artist who miraculously transformed decidedly humble materials to the most dramatic effect. 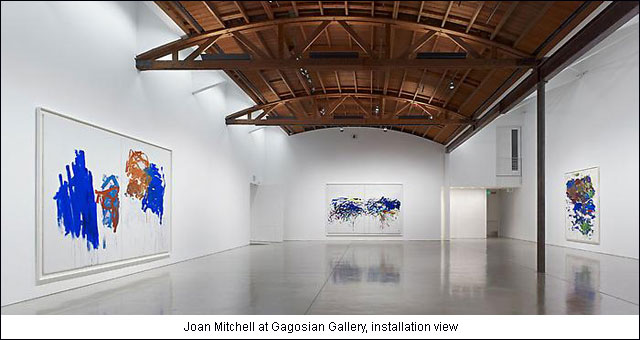 The late majestic paintings by Joan Mitchell at the Gagosian Gallery with their youthful audacious energy and sparkling bright color, made you believe you could fly.

In Chinatown at Jancar Gallery, French-born, LA based artist Pierre Picot, in his fantastical landscapes, fused traditions of Asian scroll paintings with the art of the European Avant-garde. 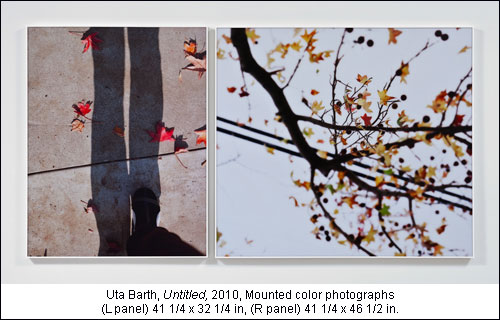 Uta Barth, another LA based European expatriate and photographer of rare refinement, had an exhibition at 1301 PE on the Miracle Mile, where her luminous images gave visitors a moment of respite and meditation.

But what about the worst exhibitions, the real clunkers of 2010? Well, I'm not going to bother with the commercial gallery flops... there were simply too many to mention. So that leaves us with museums' embarrassing missteps. The "Razzie" goes to MOCA's unfortunate attempt to present late actor and director Dennis Hopper as a multi-talented artist, equally accomplished as a photographer, painter, and sculptor. Hopper, early in his career, definitely made a splash as a photographer, but assessing his achievement as a painter and a sculptor one wants to borrow a quote from Gertrude Stein: "There was no there there." Another exhibition that made me feel sorry for the artist was the repetitious and seemingly endless display at LACMA of late, and far from the best, paintings by Renoir.

But being an eternal optimist, I am looking forward to all the wonderful surprises that Grandpa Frost, who is the Russian version of Santa Claus, will deliver to all of us art lovers in the upcoming year. And with that, let's toast 2011 with a good shot of chilled Russian vodka. Happy New Year!