In preparation for this week's taste test, we microwaved 19 different bags of popcorn in our office kitchen and learned something about microwave popcorn -- its aroma drives people wild. Hordes of our office mates flocked to the kitchen, hoping to get in on the action and grab a handful of the warm, fluffy kernels.

We set out on a mission to find the best butter-flavored microwave popcorn. The levels of butter varied from light to "Blast O' Butter," and so did the results. Texture ranged from light and crispy to hard and rubbery, while flavors ran the gamut from "attic-like" to "banana-like." But before we get to the results, you may want to know what exactly is in your microwave popcorn.

Seven of the brands we tasted contain something called TBHQ. The name itself set off a red flag, so we did a little research. Turns out, TBHQ stands for Tertiary Butylhydroquinone, which is a form of butane used to preserve foods, cosmetics, varnish, lacquers and resins. Though the FDA allows amounts of up to 0.02% of the total oils in food to be TBHQ, it's still -- well, made of butane. Consuming high doses (between 1 and 4 grams) of TBHQ can cause nausea, delirium, collapse, tinnitus, and vomiting, and has been proven to produce precursors to stomach tumors and damage to DNA in lab animals. Prolonged exposure can even be carcinogenic.

TBHQ is unrelated to another chemical that has caused quite a bit of controversy surrounding microwave popcorn -- diacetyl. Used to create artificial butter flavoring, this chemical cost flavoring manufacturers $100 million in damages from 2002 to 2007, due to an epidemic of lung disease among factory workers believed to be caused by diacetyl. One consumer actually ate enough butter-flavored microwave popcorn that he developed a serious lung condition. The good news is that popcorn manufacturers have been removing diacetyl from their recipe since 2007, making it a far safer product for consumers.

Another interesting discovery we made is that every single butter-flavored popcorn we tasted is cholesterol-free (because, of course, there's no real butter in the product).

So -- science aside, which brand tastes the best when it's blind-tasted? Scroll through our slideshow below to find out.

Which brand of microwave popcorn do you buy? Leave us a comment below. 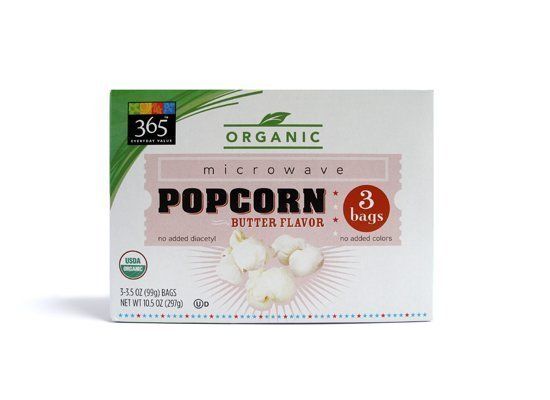