From 24/7 Wall St.: Several factors make a city easy to live in without a car. The most important one is a widely available and efficient public transportation system. Another is having daily amenities, such as groceries, shopping, schools and entertainment, nearby and within easy reach on foot or by bicycling. The best cities have both features and 24/7 Wall St. has identified the ten best ones to live without a car.

For people without cars, large cities with dense populations can be easier to handle if they have exceptional levels of "walkability." New York City, for example, is great for a car-free lifestyle because the majority of daily conveniences are reachable on foot. In Boston, the situation is similar. Both cities also have highly efficient public rail systems. As a result, people can easily get to work even if the distance is too far for walking.

More sprawling metropolitan areas can also be easier to negotiate for those without cars as long as they have highly developed public transit systems. The Los Angeles metropolitan area runs more than 500 bus lines, covering 96% of neighborhoods. Similarly, San Jose covers nearly 96% by running about 100 bus lines. Although these cities do not have exceptional levels of rail service, residents can avoid owning automobiles by relying on city buses.

The majority of cities that are easy to maneuver on foot or by public access also have relatively large bicycle communities. For example, more people bike to work in a city like Portland, Ore., than in a city like San Antonio, Tex., which is not very pedestrian or bicyclist friendly. These cities tend to have an exceptional number of programs and bylaws for bicyclists. Seven of the cities on the 24/7 Wall St.'s list are also featured on Bicycling magazine's list of the top 50 bike-friendly cities.

To compile this list of the best cities to live in without a car, 24/7 Wall St. examined the 100 largest metropolitan areas. In each city, we looked at the percentage of neighborhoods covered by public transit, the frequency of service for those neighborhoods and the share of jobs reachable within 90 minutes or less by public transit for people living in those neighborhoods, all provided by the Brookings Institution. We also looked at the "walk score" for the primary city of each metropolitan area, provided by research group Walk Score. This number represents how accessible amenities are for residents of a city on foot. Finally, we considered the percentage of commuters who bike to work, using data from the Census Bureau.

Having cities that allow easy car-free living has other benefits. Nick Spang of Walk Score told 24/7 Wall St. via email: "Walkable neighborhoods are one of the simplest and best solutions for the environment, our health and our economy."

PHOTO GALLERY
The Best Cities to Live in Car Free
Download
Calling all HuffPost superfans!
Sign up for membership to become a founding member and help shape HuffPost's next chapter
Join HuffPost 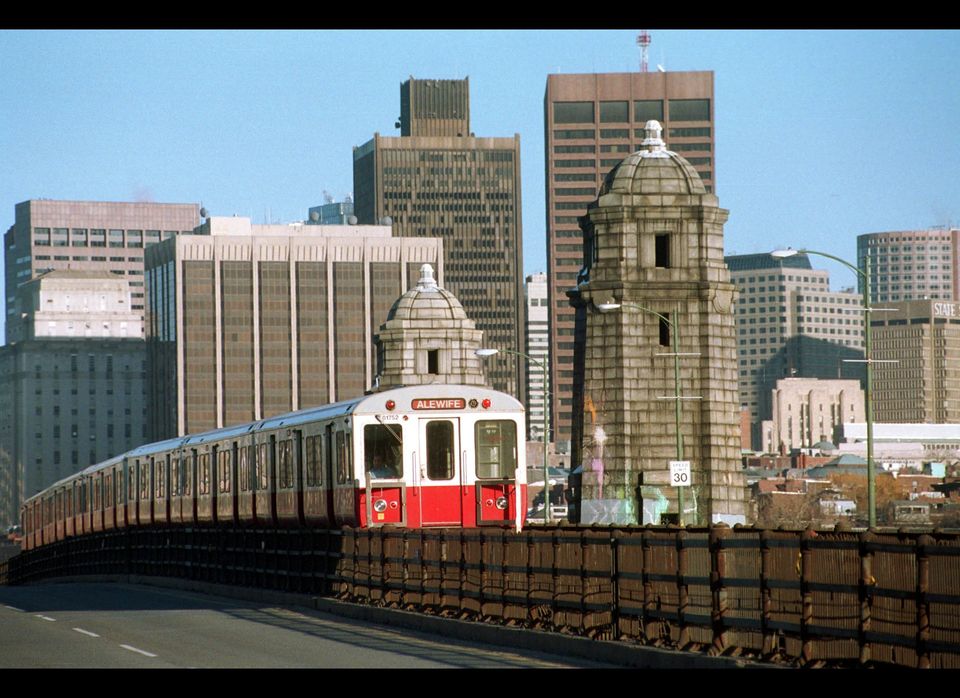 1 / 10
10. Boston-Cambridge-Quincy, MA-NH
<strong>Transit coverage:</strong> 69.4 percent (36th highest) <strong>Service frequency (minutes):</strong> 8.9 (16th lowest) <strong>Jobs reachable in 90 minutes:</strong> 30.2 percent (43rd highest) <strong>Walk score:</strong> 79.2 (3rd highest) <strong>Commuters who bike:</strong> 0.7 percent (21st highest) The Boston-Cambridge-Quincy metropolitan area's greatest strength for those without an automobile is the prevalence of dense, easily manageable communities. This makes it exceptionally easy for residents to reach amenities such as groceries, restaurants, shopping and schools. The metropolitan area's primary city, Boston, has the third-highest walk score in the country. The area's public transit also has a relatively high service frequency rate, making its use that much more convenient for the city's residents. <a href="http://247wallst.com/2011/11/01/the-best-cities-to-live-in-car-free/#ixzz1ceeuzYH1" target="_hplink">Read more at 24/7 Wall St.</a>
Getty