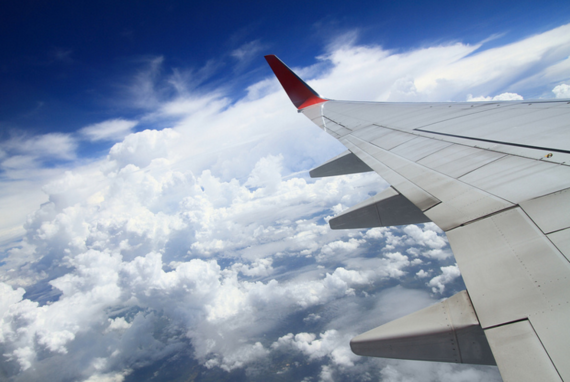 It's Cyber Monday, and with it has come some of the most aggressive fare sales we will see all year. Our Deal Experts have been tracking the sales for weeks now and got up early to pick the best of the best to show our members.

Note: Availability is limited and deals could end earlier than expected. This post was last updated at 12 p.m. ET.

Alaska Airlines: Each-way prices have been cut to $49 for West Coast fares as well as $109 for coast-to-coast fares in its best sale of the year.

Sun Country: In a three-day sale, fares from Minneapolis start at $69 each way.

Virgin America: Keeping things simple with a 25%-off promo code.

Airberlin: The German-based carrier has launched one of the strongest sales to Europe, with roundtrip fares starting at $499 to destinations including Berlin, Vienna, Milan and Copenhagen.

Aer Lingus: With the Cyber Saver promo code, travelers can get $50 off roundtrip flights to Ireland and other European gateways.

WOW air: The Iceland-based carrier relaunched the sale they had for Black Friday.

Emirates: Named among the world's Top 5 airlines in 2015 by Skytrax, the airline has dropped nonstop roundtrip fares to Milan to $1099 when two travel together, an effective price of $550 per person.

KLM: Flights to Dublin from New York City have been slashed to $558 roundtrip, including tax. Other destinations including Amsterdam, Frankfurt and Munich are also discounted from Los Angeles, Detroit and Atlanta.

Air New Zealand: On Cyber Monday only, the 4-star carrier is slashing $400 off all roundtrip fares in all cabins to any destination the airline flies from North America.

Singapore Airlines: For $599 roundtrip, including tax, fly nonstop on the 5-star carrier to Tokyo from Los Angeles, and save $315 on the airline's regular pricing. This deal is part of a larger sale on all of Singapore Airlines' nonstop economy/business class routes.

Fiji Airways: In this one-day sale, direct flights from Los Angeles to Nadi Airport on Viti Levu have been cut to $899 roundtrip.

Vacation Express: The vacation packager has dropped the price of nonstop flights to Cancun and Punta Cana this winter to as little as $199 per person -- a savings of up to $300 per person on current pricing.

Looking for the best deal before you buy? Take a look at HuffPost Coupons where we have hundreds of promo codes from brands you trust, including travel & accommodation coupons.