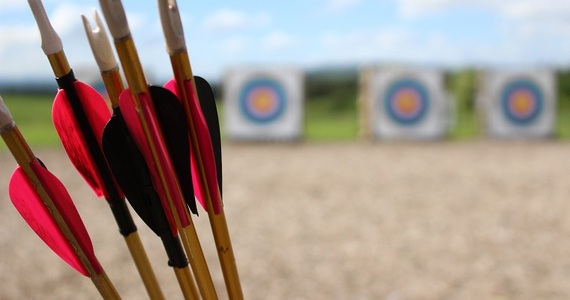 Setting goals is important. And starting them is a pretty big deal.

It marks the beginning of change. When you take action for what you want personally or professionally.

We all know how tough it can be to follow through on your goals. So knowing how to effectively start pursuing them can help, right?

New research published in the journal Psychological Science has found a piece of advice for those wanting to start a new goal off right.

These researchers found that when you start can give you more motivation to start your goals.

What Time Is It?

So what's the best time to start a new goal?

Most motivational gurus would emphatically tell you, "Today!"

It's true that you don't have to wait for any particular date to start pursuing your goals. However, the researchers did find that certain days are more effective than others.

While you may hate Mondays because it marks the beginning of the work week, it is actually the best day of the week to start getting after your goals. At least when it's just a normal week in the year.

To be honest, the research gets a little more complex than that.

It's not necessarily Monday. It's what Monday signifies. Other great days to start goals can be the day after a birthday, New Years, or an anniversary.

I'm not trying to confuse you, so let's take a closer look at what the researchers found.

One of the things that motivates us is imagining ourselves in the future. Who we're going to be, what we'll be doing, and what we've accomplished.

When we want to make a change to our diet or health, we recognize we want to be better version of ourselves. We don't want to dwell on old behaviors or failures. The past is the past.

Psychologists know this. People are motivated when they start with a clean slate. A new start gives us motivation to pursue new goals. They move on from past failure and focus on the new, better version of themselves.

And what easier way to do that then to have a specific, meaningful date that separates the old you from the new you. Researchers call this date a "temporal landmark".

This is why Monday gives us more motivation than other days of the week. Because it's the beginning of a new week. It signals a fresh start.

This works even better if the day has greater meaning for you, such as a birthday, a holiday, or a new job. They are highly significant points in time. So starting goals on these dates seems to give us more motivation to initiate goals.

The researchers noted the significance of these date landmarks by conducting a series of studies.

For example, one study had 165 participants describe a goal they wanted to pursue in the near future. They were then told they could receive an email to remind them of the goal and how to start it.

Subjects were then given a choice of which day in a week to receive the email. The particular week chosen by the researchers as an option was the 3rd week of March.

For some participants, they labeled Thursday as "the beginning of Spring". For others, they simply labeled it the "3rd Thursday in March".

They found that people chose Thursday when it was labeled as "the beginning of Spring" 3.5 times more often.

Previous research from the same team has seen the "fresh start" phenomenon in action.

When the research team looked at data from Google searches, they found a spike in activity for words like "diet" at the beginning of the week, the month, or after national holidays.

They found similar results when they analyzed information from a University gym. Students would hit the treadmills and weights on many of these same days, including days after a birthday. Something that many of us could probably relate to.

As the researchers note in their paper:

The abundance of fresh start opportunities throughout the year offers repeated chances for people to attempt positive self-change, so even if they initially fail, they may subsequently succeed.

So the big takeaway here?

Use a meaningful date to help you initiate your goals.

If you're starting it during any old week of the year, Monday is probably the best day. But if you can start it after a day that is personally meaningful to you, even better.

Granted, initiating goals is only the start of the battle. Staying motivated throughout your goal takes determination and continued effort. This part is just as tough, if not tougher.

Even if you have to restart your goals, you probably have another fresh start opportunity right around the corner. Which gives you an increased chance of having your goals stick in case you do happen to stumble.

---
This article first appeared on The Brain Flux, a website dedicated to improving your brain health, behavior, and performance. Join thousands of others getting science-backed brain tips and advice by signing up for the free newsletter.

Voting Made Easy
Register to vote and apply for an absentee ballot today
Register now
More:
healthy livinggoalsgoal settinghabits
Newsletter Sign Up
The essential guide to taking care of your mind and body
Subscribe to HuffPost’s wellness email
Successfully Subscribed!
Wellness delivered to your inbox