It's quiet in Kathmandu these days. For the last 20 years the city has been overpopulated with tourists and guest workers, all of whom have left, so it's emptier. But it's more than that. The quiet relates to a sense of fear.

I feel fear from everyone here: young, old, male, female, regardless of background or social standing. It shows itself in different ways. 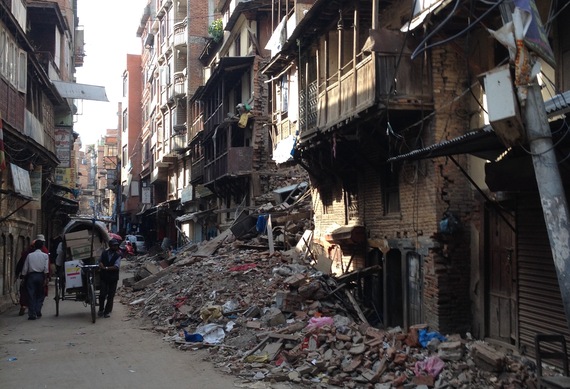 A neighbor told me his daughter doesn't want to go back inside. She is still in shock -- and terrified. Some of our young monks encouraged her, saying "It's all right. A house doesn't collapse in a second." Eventually, she went in. But she is still scared.

Other people show fear by stockpiling supplies. They don't feel safe, so they gather more and more. They get rice from every aid group -- far more than they can eat -- leaving others nothing. Sometimes people even accost aid workers who are delivering supplies to other people, forcing them to hand over the aid. That just spreads the fear to the aid workers (fear for their lives) and to other Nepalese (fear of starvation). 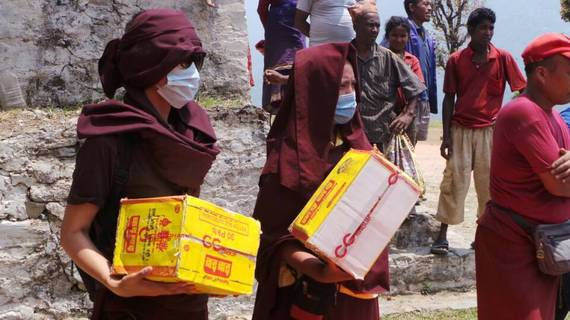 I also see that fear can be dispelled. I just returned from the village of Barpak, a remote village near the epicenter of the earthquake. It is in ruins. The villagers have lost everything. Yet, I was struck by the spirit of the people in Barpak. Despite everything, they are still smiling. I asked how they can be so cheerful and they responded: "If one person were going through this, then yes, there would be sadness. But when everyone is suffering, we cannot live in sadness." Their spirit is so strong. 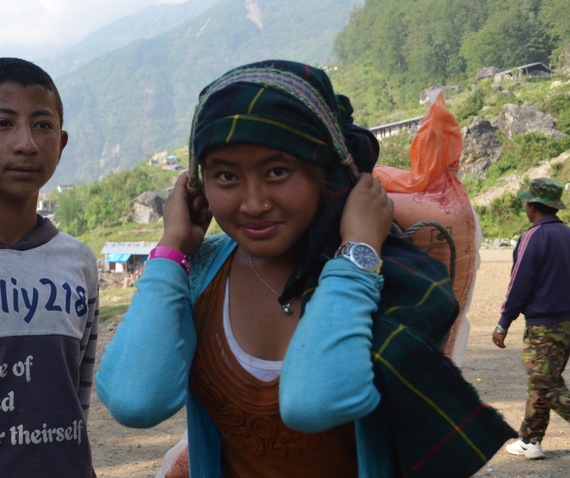 Two different places with similar trauma, but different results, raises the question: How can we help others overcome their trauma and find resilience?

I think the answer lies in the very subtle but important connection to emotional well-being that comes from being productive. Supporting that connection requires a holistic approach to aid.

It is important to feed people, but we cannot stop there; we have to help them feed themselves. This is very important. When people go from being independent to being dependent it creates a huge psychological shift in the way they experience the world. In the short term such aid is essential--but it must be temporary. Otherwise, people begin to feel like beggars. We need to shift their environment, enable them to rediscover a sense of achievement, regain hope.

As the work of Buddhist Relief Services (BRS) expands, our vision is to help people not only sustain themselves, but grow in ways that will help them help others. This will increase their dignity, their self-respect, their hope and their happiness.

This self-sufficiency is important for adults, but it is also important for children, and is central to our vision of creating homes for those orphaned by the earthquakes. Not only will we be saving children from the streets -- protecting and educating them -- we hope that we will create an environment that will help them give back in the future. Some percentage of these children will be doctors, social workers, creative people, people who improve the world around them.

I believe that our work will not just have a one-time impact -- it will create a ripple effect that could impact the future of the world.