Fall is a special season. You finally get to pack away all clothes that reveal your actual body shape and your perennially disappointing NFL team is back to add a sense of crushing defeat to your Sunday night scaries. But on top of all of that? New beer. Lots of delicious, glorious new beers.

And while there are many, many pumpkin-based options out there this year, you won't find any here. These are the best pumpkin-free beers for the fall, from the best breweries in America.

More: The Perfect Beer for Every 2016 NFL Team

Jack's Abby Copper Legend
Oktoberfest, 5.7%
Framingham, MA
Who do you turn to when you're looking for one of the best American-made options for a stein-appropriate lager? One of the best lager-only breweries in the country, of course! Copper Legend already fits the Oktoberfest vibes by coming in larger 16oz cans, but that's just a bonus: it also happens to be a super easy-drinking festbier, with subtle biscuity notes, medium body, and a dry finish that make it the perfect brew for everyone's favorite German holiday.

Modern Times Aurora
Red rye IPA, 6.7%
San Diego, CA
The idea of an acceptable fall beer coming out of San Diego could make many people laugh. But somehow, a brewery in a city where autumn is nothing more than a human construct was able to concoct a complex rye IPA that perfectly encapsulates the season. The nose is bombastically dank, before giving way to an assertive West Coast-style smack to the palate that is tempered by a smack of spicy rye. Sure, your hophead friends will clearly love it, but even those who are slowly toeing the IPA waters will find something to like in the balance that's struck here.

Uinta Fest Helles
Helles lager, 5.5%
Salt Lake City, Utah
A low-impact standout from Utah's notoriously high-ABV purveyors of big heavy beers, the Fest Helles is a nice alternative to the Oktoberfest go-tos, with grassy notes balancing the lower hops profile. This is a clean, down-to-earth beer that basically defines easy-drinking, best enjoyed on those late-summer days when the sun tries to trick you into thinking it's not quite autumn. Which is to say, this is a great sunshine-and-sweaters beer. 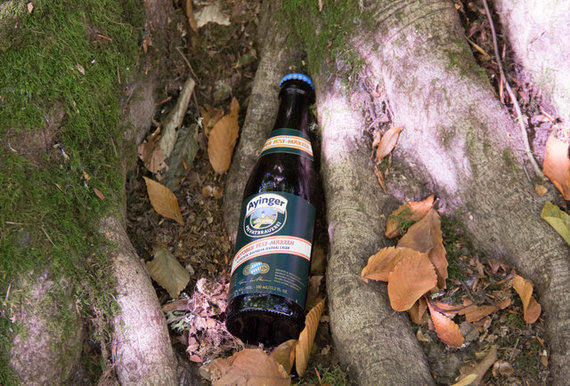 Ayinger Oktober Fest-Marzen
Oktoberfest, 5.8%
Aying, Germany
It may be a bold statement to make, but we'll make it anyway: this is probably the best German-made Oktoberfest beer available on the American market... and it's technically not even allowed to be called "Oktoberfest" due to Germany's extremely rigid naming guidelines. There are some floral hops on the nose, but the palate is malt-driven with a medium body that's balanced perfectly by a nice dry finish. Like an episode of Rick and Morty, it's complex enough to give you pause, but also so refreshing that it will keep you coming back for more. Your co-workers will thank you for bringing this to the office Oktoberfest party. If, you know, that's the kind of office you work in.

Blackberry Farm Brewery Fall Saison
Saison, 5.7%
Walland, TN
This recipe is basically fall in a glass, minus football flavoring. The addition of rye to the bill brings things into "spicy in an autumn kind of way" territory, with flavors of vanilla and toffee that bring to mind graham crackers, and its vibrant carbonation (thanks to in-bottle re-fermentation) works well with the full-bodied texture. This should be a go-to bottle for you to bring to any dinner party this season.

Off Color Sibling Rivalry
Belgian tripel, 8.5%
Chicago, IL
There's a very good chance that as you reach for your favorite hoodie for the first time this season, you'll start craving a really solid Belgian tripel. Go for a Sibling Rivalry. Expect all of the fruit-forward flavors you get with Belgian yeast, but with a non-traditional (and well-integrated) hop presence thanks to the use of Nugget and Sorachi Ace hops in the recipe. It's enough to warm your bones and get the blood flowing without being over the top. 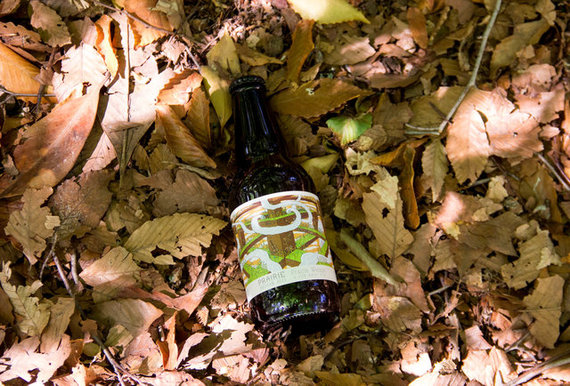 Prairie Artisan Ales Prairie Weisse
Sour wheat, 4.5%
Tulsa, OK
A standout among Oklahoma's up-and-coming brewing scene, Prairie has become one of the most surprisingly inventive breweries in the Corn Belt. That's thanks in large part to its fearlessness in putting out complex beers (a dry-hopped farmhouse here, a brandy barrel-aged stout there) that would be at home in some of America's most adventurous breweries. The Prairie Weisse is one of those beers, one that perfectly combines wheat beer sensibilities with a tart, lemon-forward sour that, at a mere 4.5%, might just be one of the most infinitely drinkable sour variations you'll find this fall. If you're looking to turn somebody on to sours, this should be on your roster. That's provided you'll want to share, though.

Urban Chestnut Dorfbier
Dunkel 5.2%
St. Louis, MO
In case you hadn't noticed, October tends to be a popular time for breweries to release a sea of Oktoberfest beers, which is a very good thing. But if you're looking for a break from tradition that's still rooted in German origins, this medium-bodied dunkel is a safe bet. It's malt-driven like a festbier, but with more roasted and biscuity flavors to spice things up a bit on the palate without overpowering the senses. Keep it on hand for any tailgates, too, as it goes really well with pretty much anything made on the grill.

Deschutes Hopzeit
Autumn IPA, 7%
Bend, OR
One of Oregon's best brewers basically does a remix of the Oktoberfest style, mating it with IPA in one of the best mash-ups of German and American ingenuity this side of the Iowa pork tenderloin sandwich. You get that malty/toasty flavor you've come to expect from schnitzel's favorite beer, but with a healthy, citrusy boost of hops that define the American IPA. That, friends, is how you do beer diplomacy. And also how you create a fall IPA, which isn't exactly the most common variation of American craft's go-to beer.

To find out which 9 other pumpkin-free beers you should be drinking this fall, get the full story at Thrillist.com!

Flip Cup Is 100% Better Than Beer Pong in Every Way