I resisted going to the Telluride Film Festival for many years because I hated all festivals, but Tom Luddy, the co-founder of the fest 42 years ago, convinced me Telluride was different. He said it was a film festival programmed for filmmakers and lovers of film. Boy, was he right! After my first visit I was hooked and this is now my sixth consecutive year. The festival always showcases a diverse slate of up and coming films, and also resurrects important and forgotten classics from the past. It is incredibly valuable for both filmmakers and cinephiles to see as wide a variety of films outside the mainstream as possible. Cinema has so much potential as an art form that it's often in the lesser known films, whether they be foreign, domestic or from the silent era, that you witness breathtaking originality. During the recent Labor Day weekend, 42 films were shown over the four-day event, and I managed, by racing between venues, to see 15 of them. Below are the top seven films I recommend everyone try to see.

Die Nibelungen (Fritz Lang, Poland, 1924): My favorite film was the five hour long Die Nibelungen. Directed by Fritz Lang, one of the world's greatest directors (Dr. Mabuse, Metropolis, M), this 1924 masterpiece was shown for the first time in the United States fully restored and with an amazing new orchestral score by Gottfried Huppertz. Adapted from the classic 13th century German epic Nibelungenlied, the film's plot of epic revenge resonated mightily in Germany a few years after their humiliating defeat in WWI.

I thought I'd watch the two and a half hour first part and skip out at the intermission. Didn't happen. The astonishing visual beauty of the film, and a brilliant screenplay that drove the narrative forward, intervened. People, riveted to their seats by this 90-year-old thriller, left the theater only to grab a beer and bratwurst and then return for part two. I told Eberhard Junkersdorf of the Murnau Foundation, who brought the film to Telluride, that it must be shown in Los Angeles and Jan Schuette, Dean of the AFI, and I would help arrange it. He agreed and there is now the possibility of a screening in Los Angeles later this fall. Stay tuned.

Spotlight (Tom McCarthy, USA, 2015): This film dramatizes the work of a special investigative team working at the Boston Globe in the early 2000s. Their assignment was to uncover the sexual abuse scandal that the Boston diocese was attempting to keep quiet. Since many of the reporters were Catholic there was a great deal of personal and institutional conflict in this pursuit, which unfolds like a suspense thriller. Written and directed by Tom McCarthy (The Station Agent, The Visitor) the film calls to mind All the President's Men in its depiction of a team seeking to reveal criminal behavior whose disclosure could undermine people's faith in a major institution. November 6 release date.

Siti (Eddie Cahyono, USA, 2014): This astounding Indonesian film by Eddie Cahyono was brought to the festival by Pierre Rissient, the legendary French 'l'homme du cinéma'. Pierre had spoken highly to me about Siti and I was not disappointed. Shot in a week, with no money and a post-production of perhaps two weeks, Siti is so perfectly written, directed and photographed that you would never know its limitations. A young woman with a small child and an invalid husband lives by the beach and works in a karaoke bar to pay back the loan for the loss of her husband's boat. How she handles this terrible situation, fraught with temptation, is riveting to watch.

Room (Lenny Abrahamson, USA, 2015): An Irish film by Lenny Abrahamson, Room is based on the Booker Prize-winning novel of the same name. It's the story of a young woman who has been imprisoned in a garden shed for seven years with her five-year-old son, who was conceived through systematic rape by her kidnapper. With her son's help she eventually escapes. In spite of its horrific premise the film is a rich redemptive statement of human endurance and love. October 16 release date.

Rams (Grîmur Hakonarson, Iceland, 2015): Rams, an Icelandic film by Grîmur Hakonarson, is a black comedy about two sheepherding brothers who haven't talked to each other for 40 years. After an outbreak of scrapie, when all the sheep must be exterminated, the brothers' love of sheep forces them to work together. Theatrical release planned in February, Cohen Media Group.

Black Mass (Scott Cooper, USA, 2015): Black Mass is the story of Whitey Bulger, the ruthless Boston gangster brilliantly played by Johnny Depp with the intensity of a horror film villain. Superbly directed by Scott Cooper, there is also a fantastic performance by Joel Edgerton as Bulger's boyhood friend and FBI protector. Currently in theaters.

Winter on Fire: Ukraine's Fight for Freedom (Evgeny Afineevsky, Ukraine, 2015): This film reminds us that documentaries are essential in our current era of informational overflow which counter-intuitively produces a scarcity of knowledge. I have been following online and in several international newspapers the events in Ukraine, but nothing prepared me for the reality of the 93 day conflict as documented by Evgeny Afineevsky, whose film follows the Maidan, the popular unarmed protest, as it withstands wave after wave of murderous attacks by President Yanukovych's shock troops. The troops fired guns with live ammunition into the unarmed crowds, seeking to crush all opposition to the government's pro-Russian, pro-Putin policies. At the end the people won and Yanukovych fled to Russia. Fortunately this great doc will be on Netflix, which is also responsible for financing its post-production, on October 9. 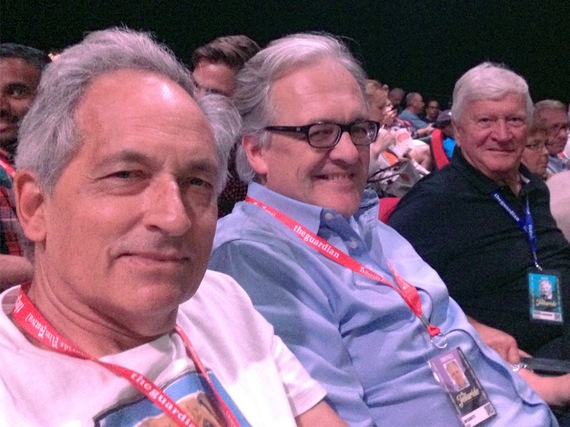