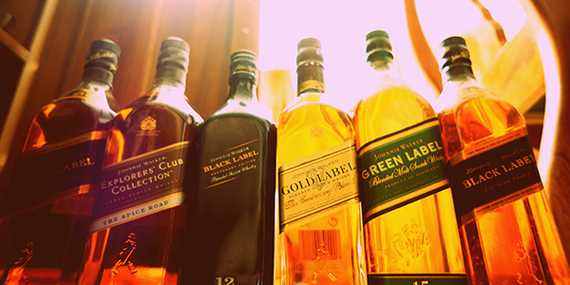 I never paid much attention at all to airport duty-free shops until I moved my life outside the U.S. to a country with some seriously tight importation policies. Duty free is like the United Nations of shopping and it's awesome.

What little is allowed here into Argentina is taxed to death and marked up to unreasonable prices. Just like that, I was changing my schedule to get to the airport early to load up on things like alcohol (gifts!), sunglasses, makeup, and chocolate.

Even now when I'm back in the U.S., I still find myself gravitating toward duty-free shopping, because there just aren't deals many other places like what's going in those shops, even in the Land of the Free.

The majority of items sold in duty-free shops are products that are usually slapped with high taxes when sold in a country's regular stores. In some places like Europe, buying duty free is a glorious way to avoid paying that local tax, so there's that added bonus.

The general rule of thumb is: If the product is something that'll get taxed in a country's regular territory (not the airport), the best bet is to buy duty free. This includes goods that are easy to demonize--and therefore tax--like liquor and tobacco, as well as obvious imports like Swiss chocolate anywhere but Switzerland.

There's a limit. It varies based on visited country but when returning back to the US each person has a limit of US $800 of tax freedom. The first $1,000 over that limit is taxed 3%, which actually could still potentially work out to less than if you're making the purchase non-duty-free.

Exchange rates influence the bargain. The best bargains are in places with weak local currency as compared with where you're going or coming from. Honestly, I'm not sure of the economics behind this but that's apparently how it works.

Not everything is a steal. Those smart shopkeepers take advantage of (my) spending momentum and often sell products that are, at best, priced as they would be anywhere else alongside the truly discounted goods.

You still have to declare. Purchases technically still need to be declared. Even what is bought duty-free could be subject to duties in your home/destination country. In my experience no one really is looking for or at your duty-free stuff, though.

For more nitty-gritty information, Mental Floss has a great write-up on some of the basics of duty-free shopping.

Load up on alcohol and those celebratory cigars or whatever tobacco products out there are, because they're as cheap as possibly can be at duty free. I've noticed that when it comes to national liquor like buying José Cuervo tequila in Mexico, that it's usually the same price or cheaper to buy right at the store next to where you were staying than compared with the airport.

The bacchanalia does have some restrictions, though. Namely, every adult is limited to 1 liter. I learned the hard way, too, that if you have to go back through security at any point during your trip that liquid isn't accompanying you to your destination (for instance, Singapore Changi's airport often does screening at the gate). I hope those security agents had a good time with the bottle I had to leave them.

Makeup and skincare products often are sold for up to 50% off at duty-free shops, according to BBC Capital. The MAC station always seems to be half-empty at every airport shop I check, so I think this one isn't much of a secret.

When it comes to luxury goods (perfumes, bags, sunglasses to name a few) prices are sometimes rock-bottom and, other times, more expensive. I've found the way to be a really savvy shopper is to research online before traveling to see what the normal price is and then see what it costs at duty-free. Even if I'm not planning to buy any big-sticker item when in duty free, I consider perusing the goods time well spent anyway. I'm just planning for the day I have money to blow on some baller Tumi luggage.

If you need some great resources, Travel + Leisure has a ranking of the best airports for duty-free shopping. Esquire has also hand-selected some of the best (cheapest) free finds from around the world. But perhaps the site that really has travelers in mind is Duty Free Addict. The site lets you price compare brands and products at duty-free shops in 14 different countries so you know whether to buy in your origin or destination, though it should be noted the site is still in beta.

Karina Martinez-Carter is a writer whose work has appeared in BBC Travel, Travel + Leisure and more. This post originally appeared on Map Happy.