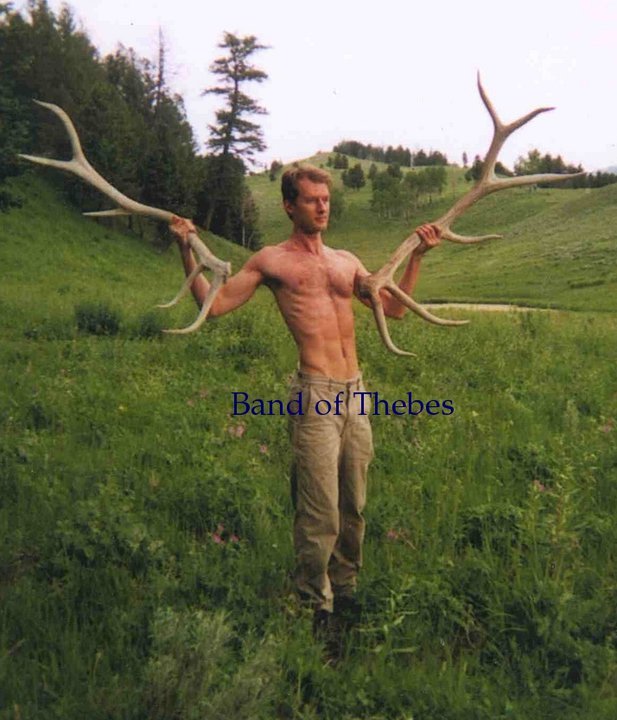 With LGBT bookstores shuttering and the consolidation of gay media resulting in reduced promotional opportunities for publishers and authors, few venues remain for discovering literature reflecting the gay experience. Happily, Stephen Bottum continues to provide one of the best sources for LGBT publishing news on his blog, Band of Thebes, which he began five years ago. His site has garnered a devoted following of authors, publishers and readers, with Band of Thebes providing a wonderful mix of book reviews, posts on LGBT authors and the latest in literary news.

In 2009 he began asking authors to share their favorite LGBT reads of the year, in all genres -- fiction, non-fiction, poetry, comics -- leading to the creation of an annual author survey of the best LGBT books of the year. His eagerly awaited list for 2012 has just been released, and Stephen graciously took time to share with me more about his inspiration for starting the website, his love for literature and his annual list of the year's best.

Kergan: "Sacred Band of Thebes" refers to an ancient Grecian army of 300 men that was comprised of 150 male couples. The theory was that by fighting alongside one's partner, the desire to succeed would be stronger. What was it about that story that inspired you to select it as the name for your website?

Stephen: As far as I can remember, the first men I understood to be gay were of an old-school, Paul Lynde ilk who at the time frightened me with their snideness. My coming out was prolonged in part by not wanting to join the bitch fest. So the idea of gay warriors fighting for each other was very appealing, minus the mayhem and slaughter. My aim was to create a site to highlight queer writers and filmmakers and artists and enrich an eager audience who might miss them in the mainstream media.

Kergan: Where did your love for literature begin?

Stephen: I terrorized my parents by giving up on books around 9 or 10 and refusing to read anything other than movie ads and TV listings. Then, at 14, I quit tennis, my friends started pursuing girls and suddenly I discovered those gray blocks surrounding the cartoons in The New Yorker held words. After a few stories by Ann Beattie and Peter Cameron, I was hooked.

Kergan: What prompted you to start your blog? Was there a void you saw that you wanted to fill?

Stephen: Much as I'd like to take credit for reversing the mainstream's shortfall of gay coverage, I'm sure it was my partner's idea. Desperate for a way to shut me up, he kept saying, "Hey, you have all these opinions about books and movies. You should blog."

Kergan: You've been compiling your "Best Books" lists for a few years now. When you begin the process, do you have a strategy? A certain mix of authors to approach?

Stephen: Maligned as she is, Tina Brown is absolutely right that a great magazine should be like a really good party, and the survey is the same: poets rubbing against porn stars, with the added challenge of balancing the L, G, B and T, and fair representation of ethnicities. Beginning each spring, I keep a wish list of authors to approach, and I was very, very thrilled this year to have about 24 new participants, including Lisa Cohen, Ellis Avery, Rick Whitaker, Tendai Huchu, Ivan Coyote, Farzana Doctor, the cartoonist Justin Hall, Nick Krieger (whose memoir deserved all the attention Chaz Bono's received) and young Scottish novelist Kerry Hudson, who is going to be the next Jeanette Winterson.

Kergan: How do you feel about the mix of the contributing authors?

Stephen: Invariably the list is too gay, white, male... It needs a broader age range and more working-class voices. But a party is only the people who show up, and gay white men respond to me. For example, the Asian lesbian authors I queried -- not out of tokenism, but because I admire their work -- didn't write back. Ditto every other missing group. I tried, and I'll have to try harder. Of course, one of the great pleasures of reading is exploring otherness, and sometimes the list of recommended books is more diverse than the roster of participants.

Another underrepresented group is very famous American writers. They're busy, of course, and they're being asked the same question by The Guardian or The New York Times, where their answers will reach a wider audience. But some gay writers who have achieved mainstream success no longer want to be associated with queer-only events, which is unfortunate. Contrast that with Sarah Waters, who takes time to write a great email, even in years when she can't participate. 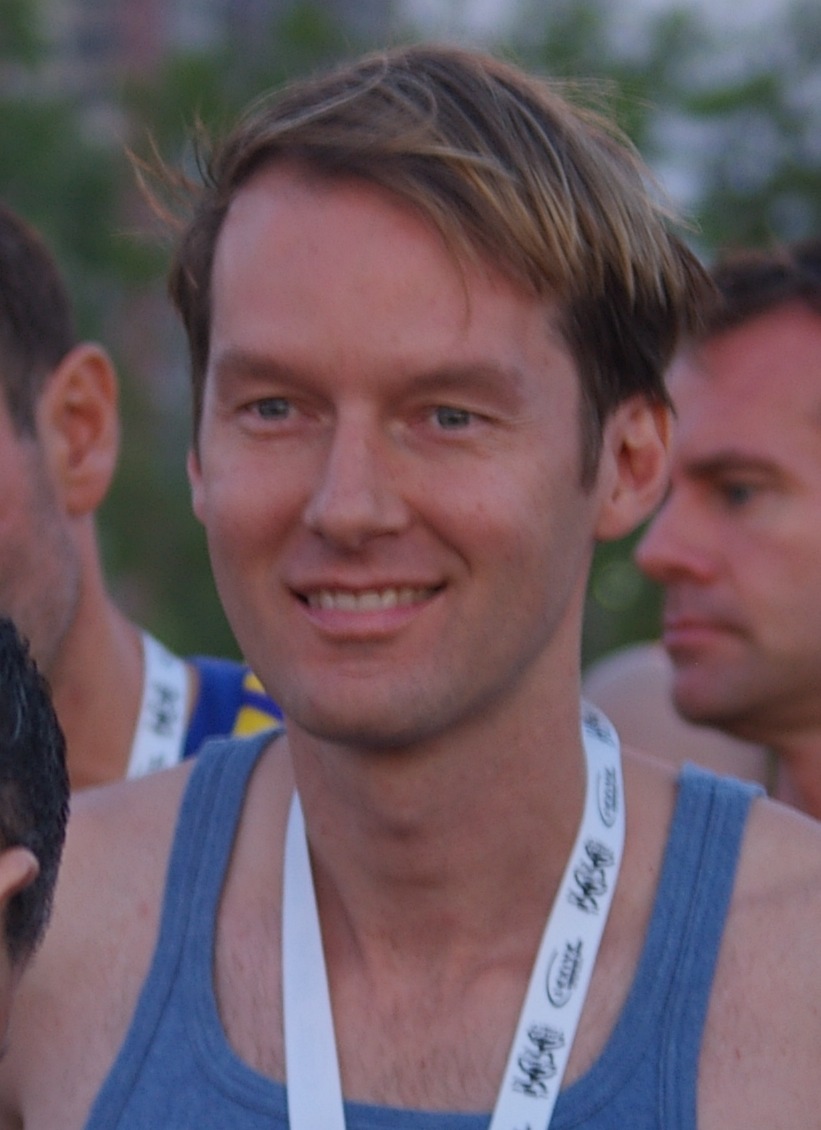 Kergan: As you piece the list together, how do you balance your role as compiler with your own personal viewpoint and tastes?

Stephen: I'm a lot like Queen Elizabeth. Or Switzerland. Or Z bosons. My watchwords have to be "impartiality" and "neutrality." Readers get far too much of my opinion the other 364 days of the year; with the list, they want to know what real writers think.

Kergan: And like the Swiss, are you silently judging?

Stephen: Mainly, I'm overwhelmed by how seriously people take the task and what care they put into crafting their answers. But yes, I admire the Swiss enormously (Alpine huts, bankers, chocolate, the age of consent is 16, male prostitution is legal). And yes, I'm exasperated by those rare lazy choices. A very few people send me recommendations that I don't remotely believe they genuinely consider the best of the year. Sometimes it's charity. Or payback. Or to gain favor. More than one author has frantically praised a book without mentioning it's by his partner. Not so much in the Thebes' survey, but in the wider world you see some creative people unwilling to compliment their peers. I don't know why -- envy, insecurity, rage? So you get the equivalent of asking, "Who's the tallest person you met this year," and they tell you someone 5'8".

Kergan: Are there any authors you can't wait to hear from?

Naturally, because I limit people to 100 words, dozens of worthy books go unmentioned. This year I was particularly sorry not to see G.F. Green's novel In the Making mentioned.

Kergan: Given all the flux in publishing trends, such as the closing of indie bookstores, the emerging prominence of m/m romance, the explosion of self-publishing, etc., what do you see as the current state of gay literature, and where do you think it is headed?

Stephen: It's a sign of something that after a 14-year wait, Dale Peck's return to adult gay literary fiction wasn't noted by any of the survey's 87 authors. Maybe it's because people couldn't find it. He released it through his own small imprint at an alternative publishing house that doesn't sell to Amazon. On the one hand, it's wonderfully liberating to circumvent the risk-averse gatekeepers of traditional publishing; on the other, DIY work suffers from invisibility.

I hope I'm wrong, but in terms of mainstream success, it seems like a much better time for queer nonfiction or memoir than for LGBT literary novels. One hopeful sign is the new queer bookstore BGSQD, now open, temporarily housed in the Strange Loop Gallery.

Kergan: Any final words on the survey?

Stephen: Yes. Several of the participants politely told me they like the site and hope someday to meet me. One of these was a man I've slept with. So when I urge readers to study the list and take some books to bed, I am now in the position to guarantee the read will be more memorable than I am.

Kergan: Stephen, thanks for your time, and best wishes! And if readers are curious as to what book I named as my favorite for the Band of Thebes Best LGBT Book List of 2012, check out the full list here.

This piece originally appeared on KerganEdwards-Stout.com and LGBTQ Nation.