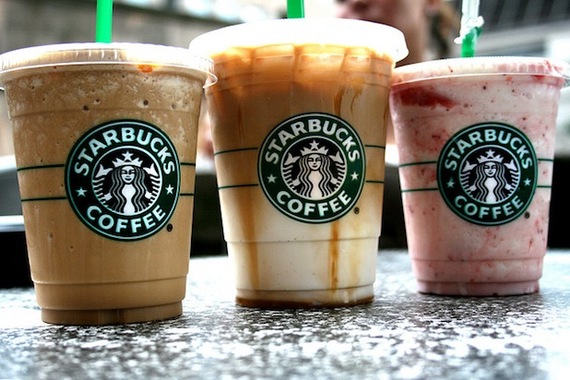 Lattes, coffees and cappuccinos can become boring after a while of mass consumption. There are all sorts of crazy spices and syrups available at local coffee shops but no one ever knows how to use them properly. Your local barista is probably too busy to explain that they can create essentially anything you want behind the barista bar. Back in 2011 we discovered something amazing -- Starbucks had a secret menu that allows you to get creative with all that Starbucks has to offer. This menu wasn't widely known, but it was enough of a start to get us more interested in the craze. We found a number of creative drinks that were widely available at almost every Starbucks across the country. What we didn't realize was how explosive the secret menu would become.(Photo Credit: © Flickr /poolie)

Following the development of our story, there were a number of websites created that allowed for individuals to share their own Starbucks concoction and build on old secret menu items. Sites like Starbucks Secret Menu feature loyal Starbucks goers that have come up with some pretty creative drinks like the Cake Batter Frappuccino which only calls for a Vanilla Bean Frappuccino and one pump of almond syrup for a tall. Other drinks require a little more patience on the part of the barista like the Hot Butterbeer Latte, which needs caramel syrup, chai syrup, caramel syrup, cinnamon Dolce syrup, toffee nut syrup and whipped cream and salted caramel bits. Then there's the old favorites that have hit our list before, like the Thin Mint Frappuccino which uses Tazo Green Tea Crème Frappuccino and is blended with chocolate syrup and java chips and The Dirty Hippy (a Dirty Chai Tea Latte with soy milk instead of regular milk). Some of these drinks don't seem that difficult to make but when you're 20 customers deep on a busy Monday morning, we can imagine the baristas are pretty overwhelmed when it comes to the hidden menu. That didn't stop us from trying to find more drinks on the secret menu though.

We scoured the web and found some pretty crazy sites that offered some creative and innovative Starbucks drinks from consumers. There are all kinds of secrets behind the bar at Starbucks -- bet you didn't know there's even a size that is larger than the Venti called the Trenta that is a 31 ounce drink that's available for iced drinks only. Walking into Starbucks can sometimes be overwhelming what with their plethora of possible drink orders. We were able to come across some new secret menu items that aren't on the giant chalkboard but are definitely available to the daring coffee consumer. These are drinks that some faithful Starbucks lovers have come up with and we think definitely have the right to be shared with the public. These drinks should be available at your local Starbucks and they're full of flavor and absolutely delicious.

Take your own liberties when it comes to certain ingredients in these drinks. If you aren't feeling a squirt of hazelnut syrup then maybe opt for the almond syrup instead.The fantastic thing about Starbucks is the liberties you can take with your coffee! Get creative and if you're feeling inspired then tweet your recipe @thedailymeal and join the conversation using the hashtag #SBsecretmenu.

12 Superfoods You Need to Know