By Alyssa Bird for Architectural Digest. 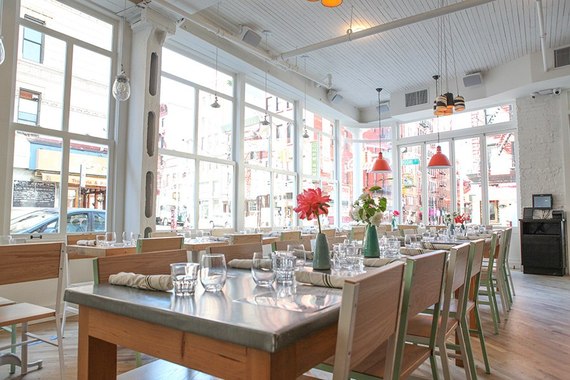 The Meatball Shop founder Michael Chernow brings a laid-back, beachy vibe to Manhattan's NoLIta neighborhood with Seamore's. An homage to the seafood shacks in Montauk, the restaurant serves up casual fish dishes in a light-filled space designed by Chernow along with firm Carpenter & Mason. seamores.com 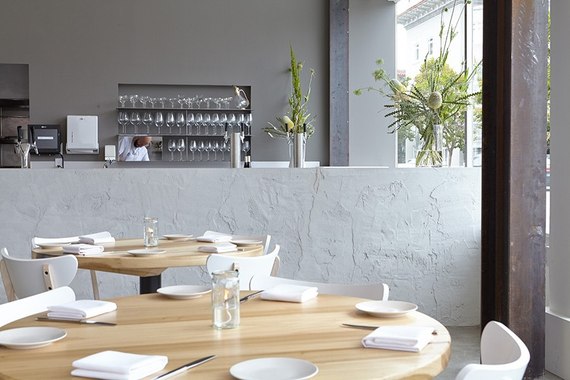 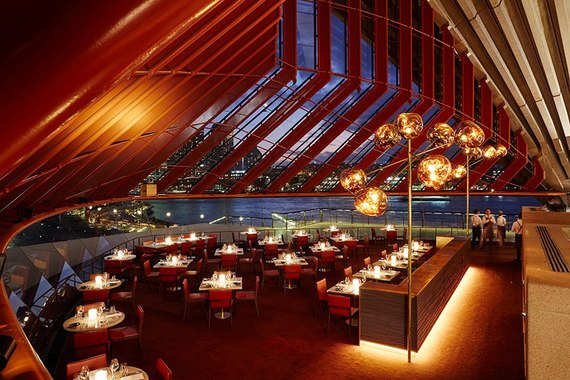 Bennelong--located within the iconic Sydney Opera House--reopened in July after an 18-month renovation by Australian firm Tonkin Zulaikha Greer Architects. To coincide with the new look, there's a revamped produce-driven menu by acclaimed Aussie chef Peter Gilmore. Showgoers need not worry, though, as the traditional pre- and post-theater menus are still available. sydneyoperahouse.com 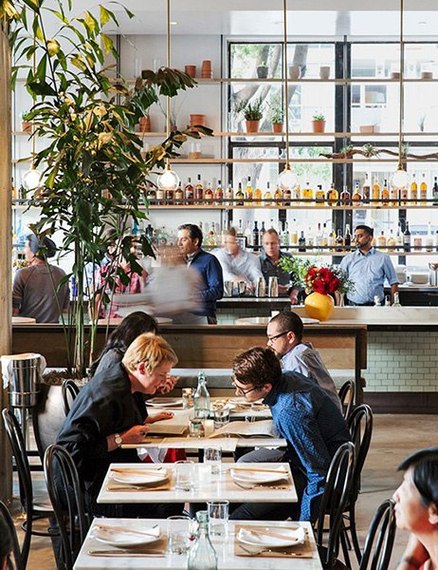 After construction of a Los Angeles subway station forced their popular downtown restaurant Spice Table to close in late 2013, chef Bryant Ng and his wife, Kim, have launched their highly anticipated follow-up act: Cassia, in Santa Monica. The menu features the vibrant cuisine Ng is known for, melding Southeast Asian flavors with a California sensibility and French technique, along with grilled meats cooked on an open hearth. Montalba Architects designed the restaurant, located in the 1937 Telephone Building. cassiala.com 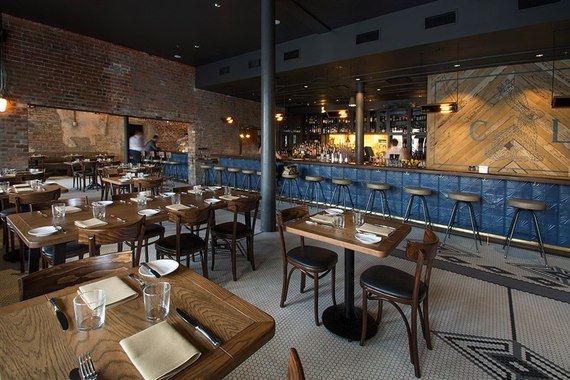 Nina Compton fell in love with New Orleans during her stint on Top Chef, so much so that she decided to open her first restaurant there. Compère Lapin, set on the ground floor of the Warehouse District's Old No. 77 Hotel & Chandlery, marries the flavors of her native St. Lucia, her experience cooking French and Italian cuisine, and ingredients from the surrounding Gulf area. New York-based design firm Parts and Labor envisioned the industrial scheme. comperelapin.com 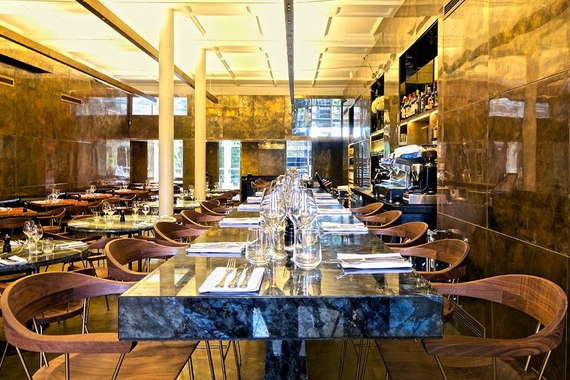 One of London's most anticipated restaurants of the year, Le Chabanais, is the brainchild of film producer Varun Talreja and Inaki Aizpitarte, the Basque owner-chef of Paris's hottest modern bistro, Le Cha­teau­bri­and, and one of the early players in the more casual bistronomie movement. Le Chabanais's cuisine remains true to Aizpitarte's signature synthesis of French classics and Asian and South American influences but includes native English ingredients sourced by head chef Paul Boudier. Architect Clément Blanchet lined the interior of the Mayfair restaurant in unbroken sheets of brass punctuated with richly veined dark-marble surfaces. lechabanaislondon.com 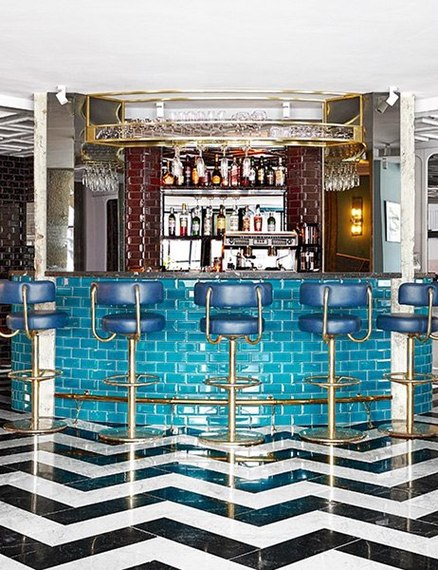 For Amsterdam's San George, the first Italian-cuisine offshoot of the popular Netherlands-based George restaurants, Framework Architects blended industrial cool with 1950s glamour. Chef Luca de Santis's dishes, all of which are ideal for sharing, include pasta, pizza, and a range of seafood options such as tuna with gremolata and octopus carpaccio. sangeorge.nl 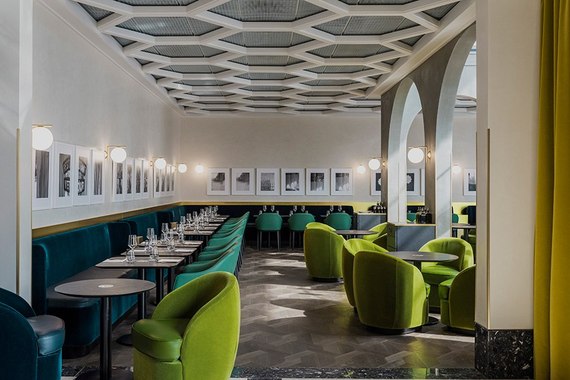 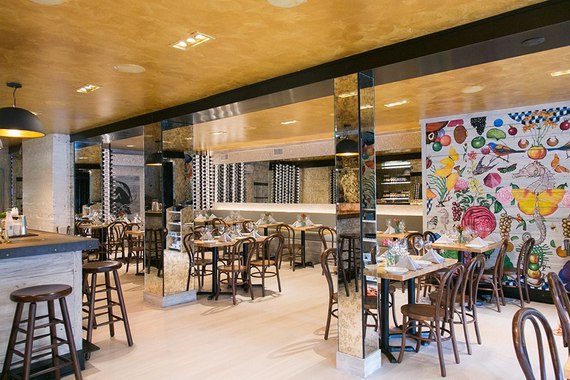 The team behind Wölffer Estate Vineyard in Sagaponack, New York, recently dived into the dining scene with its first restaurant. Located on Main Street in nearby Sag Harbor, Wölffer Kitchen serves modern American cuisine with a Mediterranean flair by chef Deena Chafetz. Local firm Martin Architects added a touch of whimsy to the dining room with a floral wall mural. wolfferkitchen.com 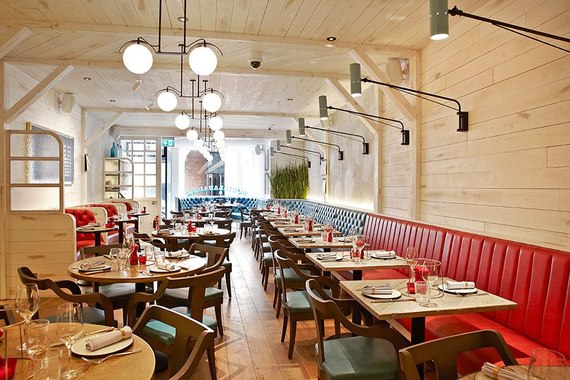 The World's Most Spectacular Waterfront Restaurants

10 of the World's Most Romantic Getaways

The World's Most Beautiful Historic Hotels