One of the first and most important questions to address when considering your options for retiring overseas is this: How easy will it be to become a legal resident of the place where you're thinking you'd like to live?

You don't want to pick your new home overseas because of the residency options it offers, but I do recommend that you factor this important issue into your thinking early on, because not every country in the world welcomes foreign retirees full-time. You aren't going to get a visa to reside full-time, legally, in India, for example, and it can be a challenge to get one for Thailand, too.

Panama, on the other hand, offers perhaps more good options for becoming a full-time resident than any other country. The challenge in Panama isn't qualifying for residency; it's choosing which residency option best suits your circumstances.

Some countries not only welcome full-time foreign retirees, but compete for their attention, offering special benefits and discounts for those who qualify packaged in what are typically referred to as pensionado programs. Countries on this list include Panama, Belize, Uruguay, Ecuador, Nicaragua, and Malaysia (the only country in Asia where foreign retirees are formally sought-after).

While, again, I wouldn't choose where to retire based on residency options, if you're geographically flexible, the countries working hard to attract foreign retirees would be good places to start your retire-overseas search. In Panama, Belize, and Uruguay, for example, three of the most foreign retiree-friendly places in the world, the process has been formalized and simplified, and the path is well-worn. That is, lots of other foreign retirees have already done what you're thinking about doing, meaning you'll have lots of support.

The requirements for qualifying for residency status vary country to country, and some countries offer a number of different options (Panama offers more than a dozen, for example). In this case, when the country where you're thinking you'd like to retire offers more than one choice for becoming a full-time resident, you want to understand all the options to be sure you're choosing the one that provides the greatest benefit for you.

If you're new to this topic, it can get confusing, so let's start with some definitions.

A "visa" is a document that allows you to remain within a country's borders for a specified period and, sometimes, with specified restrictions and limitations. Just about every country in the world makes it easy to visit as a tourist, on what's called a "tourist visa," and support the local economy with your money, as long as you leave again within a specific time frame (typically 30 to 90 days). Most Western passport holders (including Americans) aren't required to apply in advance for tourist visas to most countries. You need only show up. When you arrive at the entry point into the country (typically the international airport), you show your passport, and you're automatically granted a tourist visa and allowed entry. Sometimes you'll be required to fill out a form, and sometimes you'll be asked to pay a fee (say, $5).

When you hold a residency visa or permit for a country, you're a legal resident. You're not a citizen. This is an important distinction, especially for tax purposes. You're not a citizen, and you don't necessarily have the right to work. A work permit, again, is a separate thing.

Residency visas come in different forms -- temporary and permanent, for example. A "temporary visa," as you might guess, gives you the right to remain in the country for a limited time, typically one year. After that time, you must apply for another residency visa. The reapplication is usually a formality, but you may be asked to prove again that you meet whatever requirements you were required to meet to obtain the visa in the first place.

In most countries, you'll be required to make a new application to progress from temporary to permanent visa status. Once you've obtained permanent resident status, you're done. You're free to live in the country as long as you like and to come and go as you please.

This isn't rocket science. But it's a process. And it takes place in another language and in another country, where they do things the way they do things. The systems and protocols don't have to make sense to you, and sometimes they won't. I've found that it's a waste of time and energy to try to understand. You don't need to understand how the residency visa application process works in France. You need only qualify for a visa to remain in the country (if that's your objective). This is why I recommend that, for most countries, even if it's not required by law, you engage an in-country attorney experienced at helping foreigners obtain residency to help you process your application.

Generally, to apply for a residency visa, you'll need a report from the police department in your hometown (one that, hopefully, shows there's nothing to report). You may also be required to undergo a physical exam and to show proof of health insurance that covers you locally.

Most of the countries on my Top Havens list offer a "retiree" visa (a "pensionado visa" in Spanish-speaking countries). The minimum monthly financial requirements vary by country, ranging from $400 to $2,000, sometimes more. In many cases, your Social Security income alone is enough to qualify. Typically, a retiree visa carries tax-exemption benefits, including the ability to bring your household goods, personal belongings and a car into the country duty-free.

Another residency option that may make sense for you, depending on your personal and financial circumstances, is an "investor" visa. Most countries try to encourage foreign investment, often by offering tax and other incentives, including sometimes for small investors. The required investment amounts vary country to country and can include the purchase of real estate or putting funds in a local bank CD.

Another option available in some countries is a "person of means" visa. You qualify by showing that you have sufficient assets to support yourself while residing in the country (and therefore will not be a burden on the state). The cost of living in a country is a guide to the level of assets you'll have to show to qualify for a person of means visa. Typically, you'll be required to put a minimum of $100,000 in a local bank (in an interest-bearing account).

Your final residency visa option can be to marry a local. I'll leave you to sort out the details of this strategy on your own.

Want to avoid the issue of establishing legal residency altogether? Then think about retiring overseas part-time. Base yourself in the States and spend a few months a year someplace sunny and exotic, taking your leave before your tourist visa runs out. 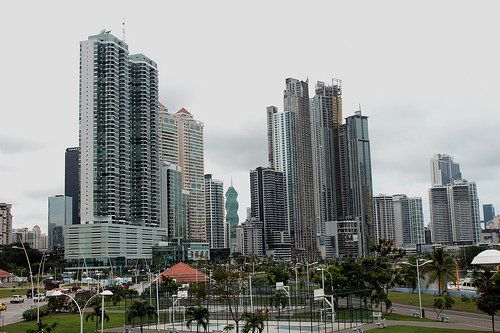