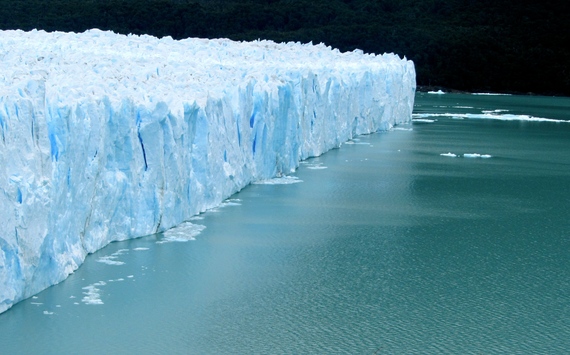 I worked in Alaska many years ago as a young attorney defending the forests, fisheries and other remarkable natural resources of the last frontier. The "termination dust" that fell every fall ahead of the deep freeze of winter made my job easier, providing an annual pause in development, with the cold winters that followed keeping the permafrost permanently frozen. Yet now, the vast and beautiful natural resources of Alaska and the broader Arctic region face their greatest threat of all: global warming.

Global warming is usually expressed as an average over the globe. But the Arctic region has warmed twice as fast as the global average -- faster than any other place on Earth -- and is now 3.6 degrees warmer than 50 years ago, according to the National Snow and Ice Data Center. The region is suffering climate impacts today that show what the rest of the world may face tomorrow. Warming in the region is contributing to the record fires in Alaska this fire season and the five million acres already destroyed, as well as to the loss of Arctic sea ice and the melting of land-based glaciers and permafrost.

These impacts feed upon themselves and further accelerate warming in the region and the world. The loss of forests means carbon dioxide stored in trees and soil is returned to the atmosphere causing more warming. The loss of reflective sea ice means less incoming heat is reflected back into space. The melting of permafrost means carbon dioxide and methane trapped over eons may soon contribute to further warming. Melting land-based glaciers including in Greenland are contributing to sea-level rise and threatening to dump enough fresh water into the ocean to disrupt the currents that now keep Europe's climate temperate.

In this drumbeat of bad news, however, there is a counterpoint of hope -- a strategy that can help slow warming in Alaska and the Arctic enough to avoid some of the worst impacts. The strategy is to reduce the often overlooked "short-lived" climate pollutants, which include black carbon soot, methane, tropospheric, or ground-level, ozone, and hydrofluorocarbons, used primarily as refrigerants. These climate pollutants are responsible for between 40-45 percent of global warming, with carbon dioxide responsible for the other 55-60 percent.

Because they are short-lived in the atmosphere, cutting these pollutants can quickly reduce most of the warming they cause. An integrated assessment by the United Nations Environment Programme and the World Meteorological Organization concluded that aggressive cuts to black carbon and tropospheric ozone could cut the rate of global warming by up to half in the near term, and cut the rate of warming in the Arctic by up to two-thirds. Black carbon and tropospheric ozone are also traditional air pollutants, and reducing them would save millions of lives a year globally and improve crop yields. Cutting HFCs, which are the fastest growing climate pollutants in much of the world, can cut the rate of warming even more. 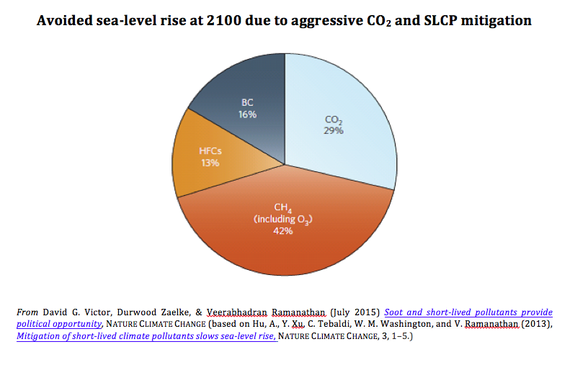 President Barack Obama is taking strong steps to address both long-lived carbon dioxide and short-lived climate pollutants, including efforts to increase renewable energy, improve mileage for autos, and cut carbon dioxide from new and existing power plants, along with efforts to cut HFCs, soot emissions from heavy-duty trucks, buses and vans, and most recently, methane from oil and gas production.

Most importantly, the president's success at home puts him in position to encourage other world leaders to reduce both their carbon dioxide and their short-lived climate pollutants. The U.S. has done this with China, India, and Brazil for HFCs and with China on an even broader scale. At the GLACIER meeting in Anchorage next week, the president has the opportunity to urge the Arctic nations and observers including China and India to join him to take global action to cut short-lived climate pollutants along with carbon dioxide. This effort should include a global agreement to stop the growth of super greenhouse pollutants like HFCs this fall through the Montreal Protocol, a treaty signed and ratified under President Reagan that has put the stratospheric ozone layer on the path to recovery, while also providing more climate protection than any other policy or regulation. Such actions can help create a more bipartisan domestic and effective international platform for climate policy, and help save the Arctic and Alaska from the threat of runaway climate impacts.

Durwood Zaelke is founder of the Institute for Governance and Sustainable Development in Washington, D.C., and Geneva and co-directs a related program at the University of California Santa Barbara.

This Op-Ed was originally published in the Alaska Dispatch News - Anchorage Daily News on August 27, 2015.