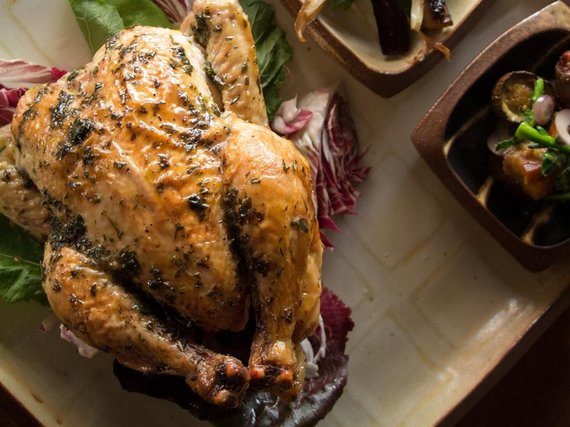 We all know New York, Charleston, and New Orleans are destinations for food lovers-but in these U.S. cities, each with a population under 8,000, dining out is an event.

Twenty-five miles southwest of Austin, Driftwood is best known for the Salt Lick, one of the state's iconic barbecue institutions. Recently, it's begun attracting visitors for something other than brisket: a thriving wine scene. Three major vineyards--Duchman Family Winery, Driftwood Vineyards, and Fall Creek Vineyards--operate within the town limits, and all three make damn good wine (aglianicos, viogniers, vermentinos) exclusively from Texas-grown grapes.

Roughly equidistant from New York and Boston, Great Barrington has all the things you'd expect in the Berkshires--hiking trails, ski runs, a whole lot of trees--and there's also roughly one restaurant for every 150 residents. Standouts include Prairie Whale, opened by Brooklyn restaurant vet Mark Firth, whose farm supplies the pork, chicken, eggs, and fresh produce. A mile down Route 7 is the Meat Market, a whole-animal butchery selling house-cured meats and grass-fed beef. For lunch, order a half-pound burger with Vermont cheddar, house-made mayo, and pickles.

Urban refugees who once set their sights on Asheville are now heading 50 miles northeast to Spruce Pine, a mining town in the foothills of the Blue Ridge Mountains that's gaining national attention for its restaurants. The buzz is largely thanks to Knife and Fork, a modern farm-to-table spot, and Spoon, an upmarket cocktail bar; both are owned by Nate Allen, who spent a decade cooking in acclaimed L.A. restaurants such as A.O.C.

More from Condé Nast Traveler:
25 Things You Absolutely, Positively Have to Do in New York City


Fredericksburg, Texas
Getty Images/age fotostock RM
Not far from buzzy Austin, this small town with German roots boasts charming B&Bs, dozens of adorable shops and proximity to some of the best wine tasting in Texas.
Healdsburg, CA
Judy Bellah/Getty Images
Smart visitors to Northern California will skip Napa and head to Healdsburg, a foodie capital with outdoor concerts and shady sidewalks to charm you between courses.
Gallup, New Mexico
Sabrina Dalbesio/Getty Images
When you consider its museums, charming Spanish Colonial theater and historic hotel, you'll see why Rand McNally named Gallup the Most Patriotic Small Town in America in 2014.
Beaufort, South Carolina
Getty Images/Stephen Saks
Stroll streets of antebellum mansions and moss-covered trees before hitting the beach in this little Southern oasis.
Deadwood, South Dakota
Getty Images/Walter Bibikow
Visit the graves of real-live Wild West characters, like Calamity Jane and Wild Bill Hickok, at Deadwood's local cemetery. A number of walking and sightseeing tours will show you the lighter side of things, too.
Traverse City, Michigan
Getty Images/EyeEm
This lovely lake town was made for lovers of the outdoors: There's no shortage of boating and beaches, with larger-than-life sand dunes nearby. Visit a charming craft brewery once you're back on land.
Port Townsend, Washington
Getty Images/Flickr RF
Art galleries, boutiques, festivals and great food draw locals out to this lovable seaport on the picturesque Olympic Peninsula.
Corning, New York
Getty Images/Dennis Macdonald
The "Crystal City" in New York's charming Finger Lakes region is famous for its collection of glass artworks. You can even make your own in the studio!
Estes Park, Colorado
Getty Images/Peter Ptschelinzew
Estes Park is perfect for lovers of both small-town life and nature explorations, as it's a gateway village to Rocky Mountain National Park. A romantic, haunted old hotel adds a bit of thrill to the mix.
Woods Hole, Massachusetts
Getty Images
If you've always wanted to try Cape Cod, then make Woods Hole your first stop. This nautical village has an awesome Science Aquarium and a collection of charming sailboats to boot.
Everglades City, Florida
UIG via Getty Images
This tiny town houses a visitors center for Everglades National Park. Oh, and they serve some tasty crab dishes too.
More:
americaFooddomestic travelDestinationsusa