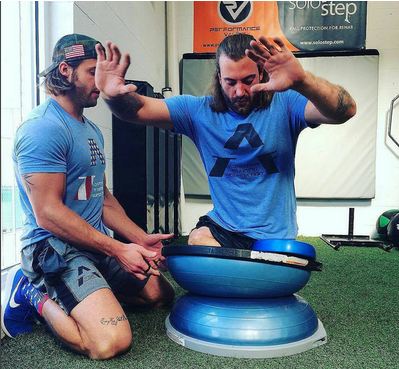 We saw the good, the bad, and the ugly from the world of advertising during Super Bowl 50.

Now it's time to highlight the beautiful.

The folks from the Adaptive Training Foundation in Dallas submitted an ad called "Limbitlless" for Doritos' Crash the Super Bowl contest.

The Foundation is a haven for military veterans and civilians who have lost a limb and/or suffered paralysis, but still want to develop as athletes.

The submission didn't reach the final 25, so it didn't run during world's most watched television event, but who's to say we shouldn't shine the light on it?

These are the athletes that inspire:

To learn more about the Adaptive Training Foundation, check out our exclusive with them on Purpose2Play.com.

As the founder and editor-in-chief of Purpose2Play.com, Kim Constantinesco writes about athletes who turn tragedy into triumph. Whether talking to the first man with cerebral palsy to summit Mt. Kilimanjaro or the first woman to mountain bike across Afghanistan, Kim has a keen interest in shining the spotlight on ordinary people doing extraordinary things. Previously, she covered the Denver Broncos and the NFL for seven seasons. Her work has been featured on NFL.com, CBS Sports, Fox Sports, The New York Times, and USA Today. She resides in Denver, CO. When not working, Kim can be found deep in the Rocky Mountains throwing backflips on her snowboard. Follow Kim on Twitter: @KimCon14