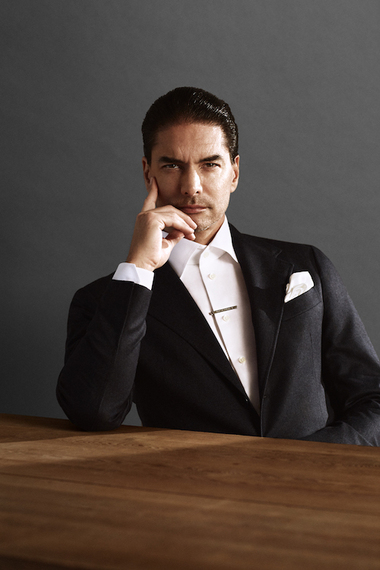 It's finally Fall, that crisp, beautiful time of year when orange-hued leaves drop off leaving trees bare, a pumpkin pie slice becomes the plausible portion of our vegetable daily requirements and the men we know and love begin to sport mustaches. What? Oh, yes, it's time for the Movember Movement once again. And the mo' envy that goes along with not being able to grow a mustache.

Movember was started in Melbourne, Australia thirteen years ago, by a group of friends who decided to begin sporting "moustaches" -- the English spelling of our Americanized word -- as a way to bring attention to the prevention and treatment of prostate cancer, mental health and other men related diseases. While it's a perfect thought, and through the years has grown to include more than 5 million people around the world who grow a mustache through the month of November to support their fellow men, the movement has lacked, well, how do I put it in a politically correct way... Girl power!

It's no secret that I count Swedish brand Eton among my favorite menswear companies ever, because of their cool people-quotient, their products' classy good looks but also their earth conscious good intentions. From the marketing team to their brand director, and everyone in between, Eton stands for humanity and their latest campaign featuring The Invisible Tie proves it.

While the thought behind the Movember movement remains, The Invisible Tie campaign takes the awareness one step further, and includes women who simply felt left out like I did, unable to grown a mustache and show their support. 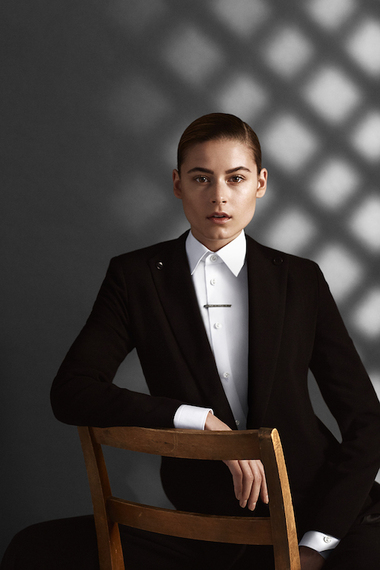 So what is The Invisible Tie? As you may have noticed in the photos above, it's just what it claims to be, except it is accompanied by a pretty, silver toned tie bar engraved with the words "I wear The Invisible Tie" which both men and women can don. All proceeds from the sale of the tie and its more visible, tangible tie bar will be donated to charities supporting men's health, with particular emphasis going to those for the treatment and research of prostate cancer, testicular cancer and suicide prevention.

I asked Johan Falk, Brand Director at Eton what his personal involvement in this campaign meant to him and he kindly replied, "obviously, working with fashion and marketing and trying to get people to discover a great product is loads of fun. But trying to get people to direct their attention towards an issue that really matters is something else entirely. To me, this turns into a one-of-a-kind test that forces you to give it your all to outperform yourself." He continued, "The Invisible Tie is an idea in which we use all of our capabilities as marketing professionals and our position in such a high-interest category as fashion, to grab people's attention and ask them to be part of something that can change the lives of men everywhere. This is serious business and we want to create a product that will contribute to the research and awareness of men's health issues over a long period of time."

Falk also shared that "we [at Eton] have had a grass root movement in the company where many employees have supported the Movember movement by growing mo's and raising money. This initiative is a big reason for us going all in as a company to support with our full strength." And in case you didn't believe it, I have included a fabulous, exclusive company photo of Team Eton sporting their own mustaches to prove it. 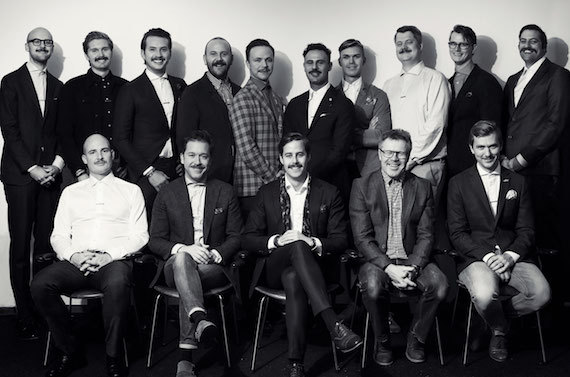 A piece about mo's isn't complete without a few fun factoids about mustaches. Did you know that the first ever "recorded" one was discovered on a Persian artifact dating back to 300 BC depicting a horseman with a thick black "mo"? Or that the city of Eureka, Nevada has a law on record that makes it illegal for men with mustaches to kiss women? And finally, police officers in Madhya Pradesh, India, are being paid to grown mustaches, because their superiors believe they will command more respect sporting one. Good stuff.

Yet I feel the biggest respect you will get is by choosing, as photographer Yann Arthus-Bertrand says in his life-changing film Human, and I paraphrase a bit, "during this short moment we each have on earth, what type of human being will you be?" Lets choose to be giving, aware and kind.

The Invisible Tie is available online at Etonshirts.com and in their shops around the world.

All images courtesy of Eton, used with permission.