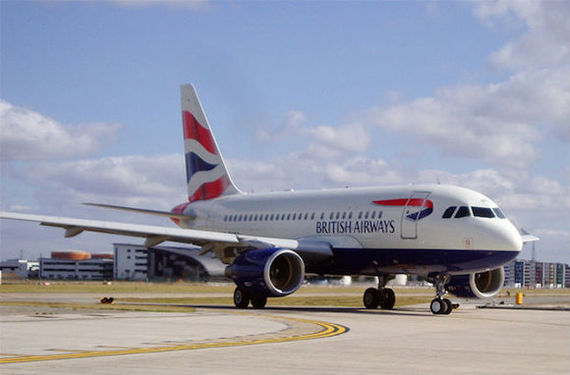 Several airlines have attempted success at operating an all-business class route or an entire premium class airline. Remember EOS, MaxJet, and SilverJet? MGM Grand, and Midwest Express with its all first-class planes and warm cookies baked on board? Or Singapore Airlines' 18-hour non-stops between LA and Newark to Singapore operated by specially modified all-business class Airbuses? And, of course, the Concorde was all premium seating. All ended in tears or with a whimper.

But British Airways seems to have figured it out. Twice a day in each direction, BA operates its London City service between New York's JFK and London City Airport in the eastern reaches of the capital. Airbus A318's, specially modified to hold extra fuel, carry a maximum of 32 souls in 2-by-2 configured, fully-horizontal seats, and a cabin crew of three, although usually fewer passengers board each flight, especially in summer when business travel peters out.

As the closest thing that many of us will ever come to flying "private" in a cocoon of exclusivity, BA appropriately re-used the Concorde's flight numbers (001, 002, 003, and 004) and while there are some trade offs compared to flying BA's Club World business class to and from Heathrow on 777, 747, and A380 aircraft, the pluses far outweigh them.

I've flown the London City service several times round-trip and it's my favorite way to fly to London. On two recent flights, every passenger had a row to himself (and it was mostly men), for extra privacy and comfort. You can check in at London City as few as 15 minutes before departure if just carrying cabin bags, or 20 minutes if checking a bag. Security lines are always short.

On my most recent trip I was staying at the historic Pilot Inn, a little pub-with-rooms in Greenwich, and took a 20-minute cab ride (in rush hour) to the airport, so I left my room 60 minutes before take off (try that if flying from Heathrow) and still waited in the lounge for 15 minutes. Compare that to the hour-long ride to Heathrow, and the much longer check-in times required and the longer security lines. So you save a lot of time on the ground, especially if you're staying in the City or near Canary Wharf. Boarding and deplaning is much faster, too, than on a jumbo (it usually takes all of 5 minutes). And because City is such a small airport take off and landing delays, in contrast to Heathrow, are almost unheard of.

The minuses? Well, one is not really a minus depending on how you look at it. Westbound flights land in Shannon for a 35-minute refueling stop (that's because London City's shorter runways can't accommodate a fully-fueled A318 for take off). But the earlier BA 001 flight is cleared at U.S. customs and immigration at Shannon while the plane refuels, so you land as a domestic passenger at JFK. Tiny Shannon has almost non-existent immigration lines (and friendlier U.S border agents as well). True, there's no in-flight entertainment system on these planes (you get an iPad with a limited selection of media); the lounge at City is nothing like the Terraces at Heathrow (but then, you don't spend much time waiting in it); and if your final destination is the West End then City is no easier to reach than Heathrow.

But there are many pluses besides the convenience and greater privacy. For one, cabin crew love flying these flights so service is a notch above the usual business class norm--even more attentive and speedier. In fact, in some ways I prefer it to first class on a larger plane. But I think the best thing about London City flights is that it's a classless society. No first, no premium econ, no econ. We're all in the same boat--or plane. You don't feel "guilty" as the econ passengers pass by your luxury seat or envious as you pass by those in first class. It's Marxism for the one or two percent.

But wait, you don't have to be the one percent to experience it. If you're using your BA Avios points it's often easier to find business class London City award seats than to Heathrow. And those points are easy to earn: BA has offered in the past 100,000 mile bonus offers with its affiliated credit card, and you can earn miles in dozens of other ways. So play your points right and anyone can experience the best way to fly to London.