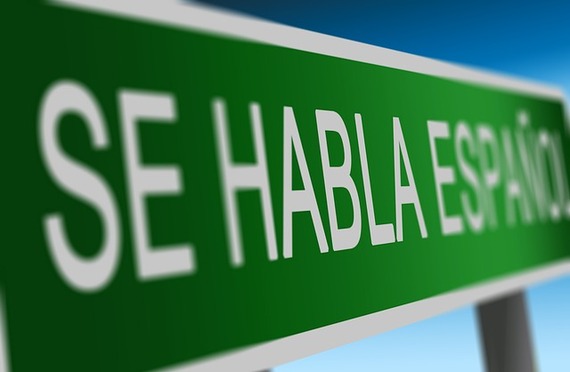 I've spent a big part of the past 30 years in Spanish-speaking countries, and I've been a full-time resident of Panama for seven. I figure it's time to learn to speak Spanish.

I studied French, not Spanish, in high school and college. A year or so after graduation, I took my first trip to a Spanish-speaking country, Costa Rica. I packed a phrase book and boarded the plane without any concern that I didn't speak even a little of the language of the country where the plane was headed. Ah, youth.

Over the next couple of years, as I returned to Costa Rica often and began traveling as well to Nicaragua and Guatemala, I figured I'd pick up the Spanish I needed as I went along. How hard could it be?

By my late 20s, I finally realized that I wasn't going to get this through osmosis. If I wanted to learn to speak Spanish (as I did), I was going to have to study Spanish.

I bought a language program on cassette (remember, this was the early '90s) and listened in my car during my daily commute. I bought Spanish Made EZ textbooks, watched children's programming on television when traveling in Spanish-speaking countries, and ran through verb conjugations in my head at night when I couldn't sleep.

After three decades of this easygoing approach, I can order dinner in a restaurant, ask directions, and engage in elevator chit-chat with neighbors in my apartment building. I can scan the local paper for the gist of the news each day and follow conversations in Spanish as long as everyone speaks very slowly and clearly.

All of which is to say that I still don't speak Spanish. Not really. One of my 2015 New Years resolutions is to fix that, finally. My husband Lief and I are planning to reposition ourselves back in Paris by the end of this year. This is my window for serious Spanish study before I have to try to remember my French.

The best way to learn a new language is to get a boyfriend (or girlfriend) who speaks only that language. That ship has sailed for me. 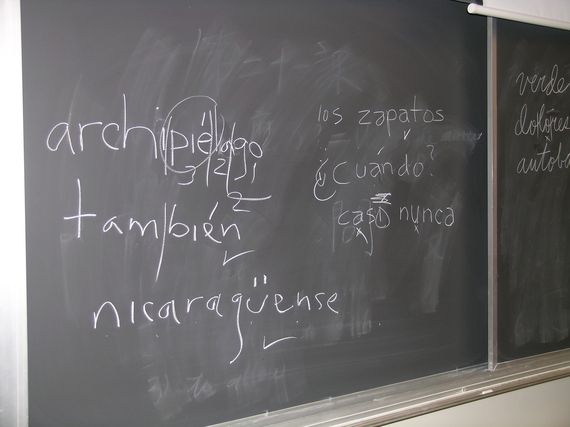 The next best way to learn a new language is to engage a private tutor you like. Someone you look forward to spending an hour with a few times a week and who forces you to take your studies seriously. I've tried hiring Spanish tutors in the past. A couple of years ago, I tried private lessons with a young girl, but she was too intimidated by our age difference to crack the whip on me. Other tutors have over-focused on grammar, while I'm more interested in mastering conversation.

Finally, I've found a personal tutor who suits me. Elizabeth commands my respect. To tell you the truth, I'm a little afraid of her. Certainly I don't want to disappoint her, so I work hard to keep up with the lessons. She keeps my interest by switching up her approach class to class. Sometimes we discuss current events in Panama with the day's newspaper for reference. Sometimes Elizabeth challenges me to recite 10 Spanish words for each letter of the alphabet while she times me. When I can't come up with 10 words per letter within the allotted time, Elizabeth wonders what's wrong with me... I must not be studying as I should between classes she suggests with a disapproving look...

This is not a budget approach. Private tutors are more expensive than group study, and Elizabeth is more expensive than any of the other tutors I've tried over the years ($50 per hour versus as little as $15 per hour with others). On the other hand, the effort is paying off this time. My Spanish skills are improving week by week.

When we moved to Paris, none of us spoke French. Jackson, age four at the time of the move, learned to speak French (as well as any French four-year-old) within six weeks. His sister Kaitlin, age 14 at the time of the move, worked and struggled, and, after many teary nights of toil and, eventually, a French boyfriend, was speaking beautifully and fluently within 12 months.

Lief and I watched in awe. 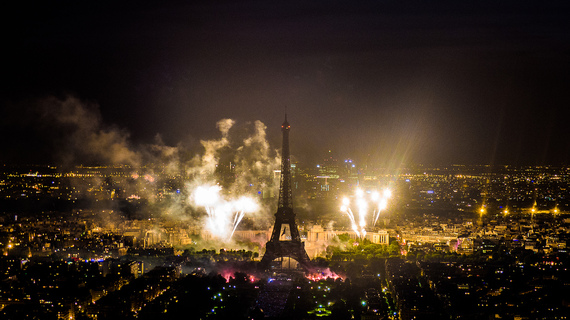 Finally, after living in Paris nearly four years, I got serious. That January I made the time and registered for a month-long immersion program. Kaitlin and Jackson will tell you still, today, that I don't speak French. My level doesn't compare with theirs, but, after my four weeks of four hours of lessons a day, five days a week, I was able to get along, get around, and even chat with French friends over apperitifs en français.

The challenge for us adults is to put ourselves in situations where we must communicate in the foreign language. Lief and I managed to live in France four years learning only basic French because we spent all day every weekday in the company of fellow English-speakers. The language in our office was English, and we were communicating all day long every day via phone and the Internet with other English-speakers around the world. We were insulated from the French-speaking world on our doorstep. The same has been true here in Panama, which is why, seven years on, I still don't speak Spanish.

The other challenge for us adults is to make time to make progress. I was lucky, finally, to have four consecutive weeks in Paris when I could focus on learning French. It was a gift... an indulgence. Now, in Panama, I'm struggling to carve out the hour a week for Elizabeth.

The real challenge is creating consequences.

I know that the benefits of learning to speak Spanish will be great. My life will be less frustrating at times and richer overall once I break through that barrier. I'll be able to operate more independently, rather than relying on our Spanish-speaking office staff for help so often. I'll make more friends. I'll be more at home.

But, unfortunately, there are no negative practical consequences for me not learning to speak better Spanish. I do fine day to day in English.

Jackson had no choice but to learn to speak French when we enrolled him in the local nursery school in Paris. Not another person in the school spoke English. If he wanted a drink of water, to be taken to the bathroom, or to have a playmate for a game of marbles, he had to be able to communicate in French.

Here's my advice: Don't follow in my undisciplined footsteps.

If you're planning to spend time in a country where they speak something other than English, start studying the language now. This is one key thing you can do no matter when you're planning your trip, a step you can take starting today.