As we come to grips to the fact that Donald Trump is now President-Elect Trump, many, myself included, are left asking the question of how this became the final result of a nasty election season.

Yet as I ask myself the question of how I am struck with the realization that the answer, in part, is quite apparent. For 18 months, Trump has defied odds and expectations. From that awkward escalator announcement to his election into the highest office on the planet, Trump's rise has left many befuddled. Clarity has resulted from the analysis from the presidential election. The trend that began early in the primaries gained momentum until the last votes were tallied: Evangelicals support Donald Trump. This support is no mere fraction of evangelicals. Over eighty percent voted for Trump on election day.

For many of the rest of us in, or coming from, evangelical contexts, the Trump support feels like betrayal.

In fairness, evangelical is an umbrella term encompassing many Protestant Christians who hold some variance of similar beliefs. It should likewise be noted that many conservative evangelicals denounced Trump from the very beginning, an act for which they should be commended. It is these evangelicals who remain left uncertain of what to do amongst fellow congregants post-election.

The overwhelming majority of evangelicals paved the road for Donald Trump, much like they have other Republican presidential candidates in the past. As we all have come to know, Trump is no ordinary candidate. Political disagreement can be found with former President George W. Bush, or with former candidates such as John McCain or Mitt Romney. Yet those men seem like decent men. Trump is of a different sort. Set aside for the moment how unqualified Trump is to be president, his character draws a far greater concern and cannot be quickly abstracted from the policies he will likely pursue. Trump's abrasiveness, his rhetoric, his admitted assault on women should strike evangelicals as the very opposite of the morals to which they have preached. Trump's characteristics are not only out of touch with all traditional moral codes, but they also directly contradict the life of Jesus. 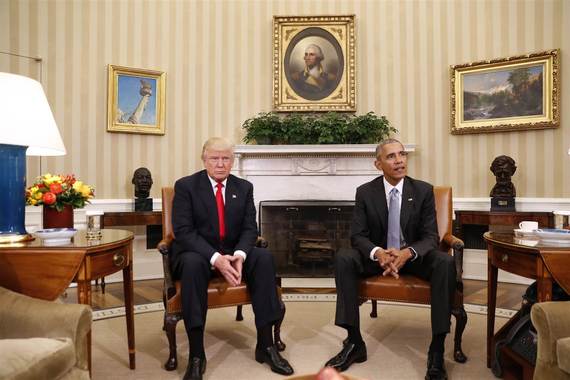 As the son of evangelical pastors, I grew up in the Church. I've attended Christian colleges and graduate schools. I've taught at evangelical institutions. My entire life has been surrounded in Jesus' message of love and liberation. And while my theological and social positions have radically changed from the conservationism of my upbringing, I still deeply respect and value much of what I've learned from those evangelical contexts. Evangelical settings have been formational to who I am. The solidarity in which evangelicals have shown Trump is foreign to the evangelicalism of my upbringing.

I was taught to love all people, regardless of nationality, race, or orientation.

I was taught to respect women.

I was taught that kindness should be my default disposition.

I was taught to turn the other cheek.

I was taught that the power of Jesus' love was the foundation for hope for a better world.

I respect these values. I hold them dearly. The grim reality is that evangelicals have seemingly abandoned the deeply rooted values that have previously provided substance to evangelical identity. In the quest for power and status in the White House, evangelicals have sold Jesus for thirty pieces of silver. We live in a era of pharisees.

And that is why this feels like betrayal. It's a betrayal of the Gospel of Jesus.

Jesus taught us to be in close proximity and community with the "least of these". He told us to care for the poor and the sick. Contrary to these instructions, Trump has repeatedly promised to make matters worse for these people, and has used rhetoric that exhibits the ugly evil that Christians have so-often warned against.

I grew up hearing how much the world needs Jesus. In the early hours of November 9, I was struck with the realization of just who needs to be starkly reminded of Jesus' life and message: evangelicals.

While my criticism could go on, I find myself now asking the question of what comes next. The polarization that has resulted from this election has the potential to further propagate anger and fear. We cannot allow this to continue.

The opportunity presenting itself is to create a new dialogue. In the immediate aftermath of this election, many may not be ready just quite yet. But there is a choice to make moving forward. Do we continue to yell past each other in vain attempts to convince the "other" that they are wrong? Or can we embody the proverbial action of walking in another person's shoes in an effort to understand one another?

The latter option is not revolutionary, but it pursues restoration. It is the path of love. Love trumps hate, and therefore love trumps Trump.

The crucial first step is to create space to recognize the sinful decisions of the recent past. The liberating power of forgiveness begins by remembering rightly the offenses we make. The intentional support for a man who has threatened immigrants, degraded women, mocked the disabled, and who has a long history of lies and deceit is wrong. Support for this type of behavior in the name of Jesus is a mockery of the Gospel. The evangelical support for Trump has been vividly noticed by the world, and the world is right to accuse evangelicals of hypocrisy because that's exactly what it is.

A Republican-controlled Congress and a Republican president will once again elevate evangelicals to a position of prominence. Their platform will largely go uncontested for the next several years. The united task that all evangelicals - liberal and conservative alike - is to use that position to right the wrongs committed. It cannot be quickly forgotten that intentional decisions were made to sacrifice core character values for political purposes. The work of regaining integrity will, and should be, a long one. It must begin with prayer, but be seen in action. Forgiveness and reconciliation will not be given in an instance, but must be pursued. I hope that is the pursuit for a new evangelicalism.