The Big Fix, Josh and Rebecca Tickell's powerful new film documenting the massive cover-up of the continuing effects from BP's Blowout at the Macondo site in the Gulf of Mexico, premiered to open the 22nd Annual New Orleans Film Festival Friday night. The filmmakers who received tremendous acclaim for their previous film Fuel, spent over a year of their lives along the Gulf Coast and in the case of Rebecca, was severely poisoned as a result of exposure to highly toxic crude oil and the Corexit dispersant. The result of their effort is a compelling indictment of both BP's and the Obama administration's response to the spill. The Tickell's have produced a truly must-see documentary film which will inform, anger, and rouse to action a great many Americans who are fortunate enough to see it.

The filmmakers traveled extensively along the Gulf Coast States impacted by the BP spill as well as Washington D.C. and cities across the country. Numerous residents who reside on the Gulf coast; fishermen, sickened citizens, public officials, scientists, oil company officials, industry experts, and leading environmental attorneys speak to the BP spill and both the media's failure to report the story and the government's deliberate cooperation in assisting BP in covering up the true extent of the blowout. 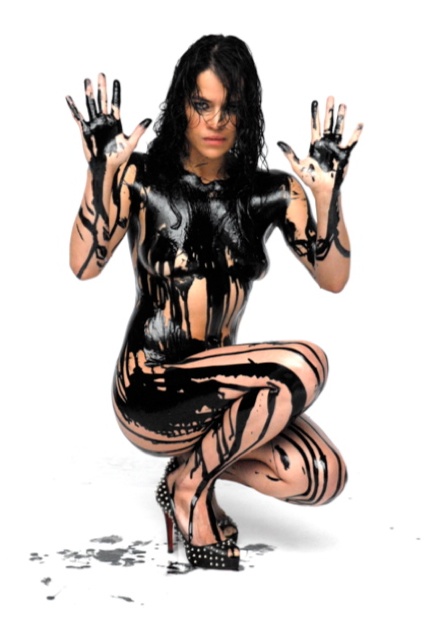 I spoke with Josh and Rebecca Tickell about their film along with several others featured in the The Big Fix regarding the fresh crude that continues to surface from the Macondo site.

JC: How would you describe your film?

JT: Well there were and are basically five cover-ups, the big elephant in the room is the fact there is still oil coming in and there is a complete disconnect from what is happening daily -- the oil coming in on shore -- and what the U.S. media is reporting. I think the most telling side of the oil being connected to the Macondo well is that Ed Overton himself, who we now know was even contracted by BP and paid directly by BP, Ed proved the scientific connection between the oil washing onshore has the same chemical signature as the oil from the BP well.

JC: You spent over a year of your lives down there as did I, we were poisoned along with countless others, what would you like to see happen at this point going forward?

RT: For me personally Jerry, I just want the truth to come out. Some honesty and respect for all the people down here. On top of the environmental disaster, the dishonesty and cover-up that is still going on just adds insult to injury. When (Kenneth) Feinberg says that he had no documentation that proved that people were getting sick as a result of exposure to the oil that is just not the case. I have a letter from the Chair of Columbia University School of Doctors and Surgeons Dr. Vincent Deleo that says mine is not a preexisting condition, that what I am experiencing is irreversible poikilderma and that to a reasonable degree of medical certainty it is due to exposure to dispersant and oil.

Stuart Smith is a preeminent Environmental Attorney in New Orleans and has been deeply involved in determining the true extent of the BP Spill since day one. It was Smith who first reported the fresh oil slick coming from the source this summer and used his considerable resources to determine that the oil wears a "fingerprint" match to Macondo crude.

JC: How about some background on how the fresh oil from Macondo came onto your radar?

SS: We have always been concerned with the geologic structure associated with the Macondo well and the reservoir because of the way they were mishandled due to BP's haste in trying to stop the flow of the oil. From the very beginning of this the petroleum engineers who work for me made it clear that the only way they were going to stop it was from a relief well. Yet BP proceeded to do all these dangerous operations including the top kill operation where they were pumping under extreme pressures drilling mud against the flow of the oil into the wellbore itself we think that they likely damaged the well bore and that there was probably an underground blowout during these operations damaging the geologic structures. As part of our continuous testing program we continued to get reports of oil washing up back in March which were fingerprint matches for fresh Macondo oil. That was powerful evidence because if it was oil associated with the equipment that had fallen, the riser that had fallen to the bottom of the sea it would have been weathered. Even at that depth it would not have been fresh. Then I got a call from a very reliable source who said that he believed there was a leak associated with the well and that BP had hired people to go out there and try to clean it up.

JC: What was the time frame on that?

SS: That was in August. I confirmed through another source that there was oil coming up from the reservoir. Where it is coming from, whether it through cracks, crevices, they are not saying. After that I put out a blog post saying it is still leaking and I got a huge pushback from a lot of people and to be honest I got a little nervous. Basically I put myself out there if you know what I mean. Bonny Schumaker of On Wings of Care agreed to fly out there and see for herself. She flew out and there was the slick as well as ROV's deployed in the water. She photographed the site and we put that up online. Both the Coast Guard and BP did the same old thing, they said there is no oil, it's not leaking -- we were wrong and it was something else. So a sample is sent to BP's and the Coast Guard's expert Ed Overton who confirms that the oil is a fingerprint match to Macondo oil. They are going to come and say that yes there is Macondo oil but that these are natural seeps. They will not come out and admit that the well did it because that would be BP's ass.

JC: Is that a possibility, that natural seeps are now releasing from the reservoir?

SS: No. When BP did their permit application for this well, they were required to survey that oil field lease area for seeps. So, unless those seeps were reported by BP before they drilled the well, they are not natural.

JC: This sounds like what was being discussed very early on, that the seafloor had been fractured and there was no way to stop the flow from the Macondo site. One Russian scientist who was brought in described the site as resembling a gigantic shattered windshield on the ocean floor.

SS: Which begs the question where is all the video from the recent ROV's they have deployed? What is most interesting is that they have never denied that there is oil coming from the site. Neither BP or the Coast have ever denied this fact.

Dr. Ira Leifer, NASA's Chief Mission Coordinating Scientist for the Remote Sensing Missions on the BP Spill had this to say after The Big Fix premiere:

IL: The Northern Gulf of Mexico has long been known to contain natural oil and gas seepage, which allows oil from the reservoir layer to reach the seabed, and it is known that there are areas of natural seepage near the Deepwater Horizon blowout. However, this is not reassuring but highly worrisome because it proves that pathways exist connecting with the ocean the same reservoir that was blowing out the severed casing.

And here is where I get concerned -- The broken casing of DWH lost untold tons of mud and uncounted thousands or hundreds of thousands of barrels of oil into an intermediate layer somewhere in the thousands of feet thick sediment overlying the reservoir and capping rocks. There is no way of knowing how much. If that pressurized oil and gas connects with natural pathways, then it will make its way to the seabed. Could this be happening? I don't know, but the evidence of new areas of seepage (natural or BP-Enhanced) is very worrisome. I sincerely hope that the seabed source is identified soon and a monitoring system is emplaced to ensure the Gulf is not facing a new oil breakout.

Michelle Rodriguez is a strong supporter of the film in a striking array of images wearing nothing but oil (see above). She offered her thoughts on why the government's response continues to ignore the extent of the disaster and its impact on the health and welfare of Coastal residents.

I think people weren't more active around the oil spill cause they don't know. They think that it's handled -- the government took care of it; the oil people took care of it. I think that people are willing to buy this story that it's all cleaned up and it will all go away because of the convenience of it all.

The people in power are thinking about their reelection; they're thinking about, maintaining their job as CEO of a massive corporation; and they're worried about their stocks not plummeting. I think ultimately all these short-term priorities are really what created the oversights that led to the oil spill.

The Big Fix will screen again at the New Orleans Film festival on Wednesday October 19th. It opens in Los Angeles November 11-18 at the AMC Broadway, and in New York Dec 2- 9 at the AMC Village 7. Be sure to wear your Hazmat suit.