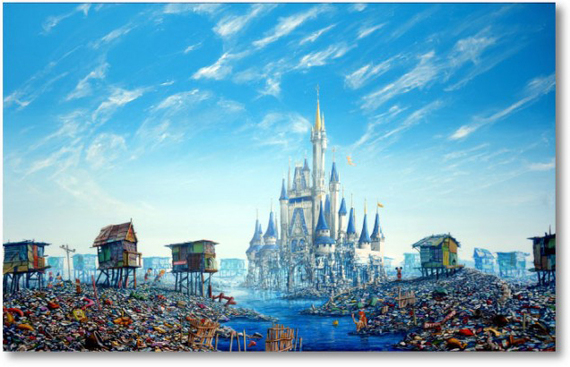 A society will never advance beyond the quality of the questions it asks itself. So who asks the big questions in our society that ensures our sustainable progress? Is it our philosophers, economists, politicians, engineers, designers or maybe our artists?

With the LA Art Show displaying more than 120 galleries representing 22 countries this provided a good glimpse of what sells in today's art world. While attending the show, I had the opportunity to ask over a dozen artists from across the world what big question they asked themselves before beginning a painting or sculpture.

For the most part, their questions were surprisingly mundane. Such as: "Is this a good idea?", "How long is this going to take?", "Is it worth it?" and "Will it have an impact?", while some asked no questions at all!

A few of the more interesting questions were: "Why wealth versus slum? "What do you want?" "How do I explain my culture to Americans while preserving its unique traditions?" and "How do I transform myself into something more beautiful?"

One theme that came up at the show, which was not present during the past five years I attended, was Art's relationship to money. The question addresses the current debate raging on about the one percentile versus the ninety-nine percentile. 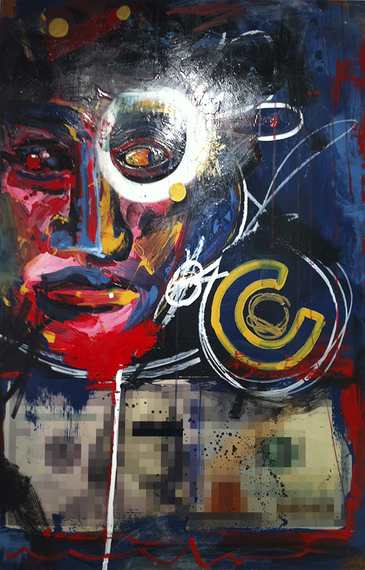 Although these questions may not be profound or new, they may offer alternatives to questions asked other professions such as financiers, lawyers and engineers before commencing a project.

Chatting up visitors at the show provided some insight into what touched them deeply. There were previous studies done at the yearly art show in Grand Rapids, Michigan, called ArtPrize, which has over 1500 participating artists from around the world. From these studies, we know that people favor art they can easily explain to others. Art like "A man texting in a box" and "An artist painting a huge face while everyone is watching" were more likely to go viral than something more esoteric. 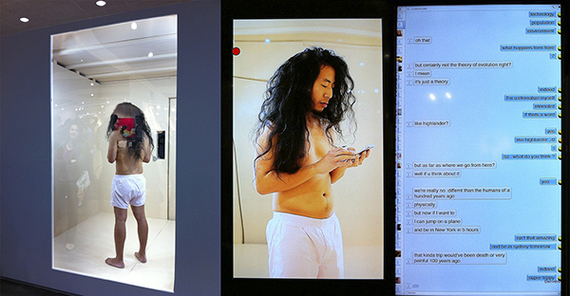 Although artists seem unlikely to ask big questions offering profound insights, they do effectively communicate current trends and debates. However, they do not concern themselves with the audience. A study reported at the College of William and Mary conference showed that artists' discourse focuses mainly on themselves and their peers, while designers focus on the user.

Artists, for the most part, concern themselves with incremental innovation. A study of LA Art Show exhibitors in 2015 revealed that artists take on low market and technology risk.

So, if artists do not ask big questions, are not in touch with their users and are not innovative, what function do they serve in society? Ellen Dissanayake, in her book, "What is Art For" proclaims that art can be framed as a human propensity for "goal directed play," with the intent of "making objects special," and supporting a culture's ceremonies. One artist, for example, wrapped prayers around small pieces of foam and mounted these on a large canvas, creating a three dimensional landscape. 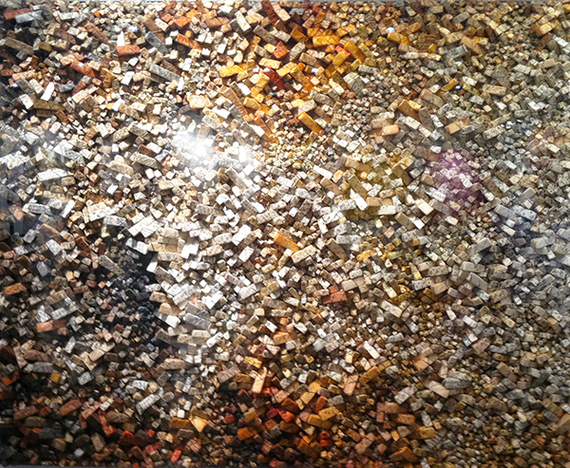 This supports very well the comments given by artists at the show, that they discover the questions as they create the art. As Michelangelo said: "I Just Chip Away Everything That Doesn't Look Like David." 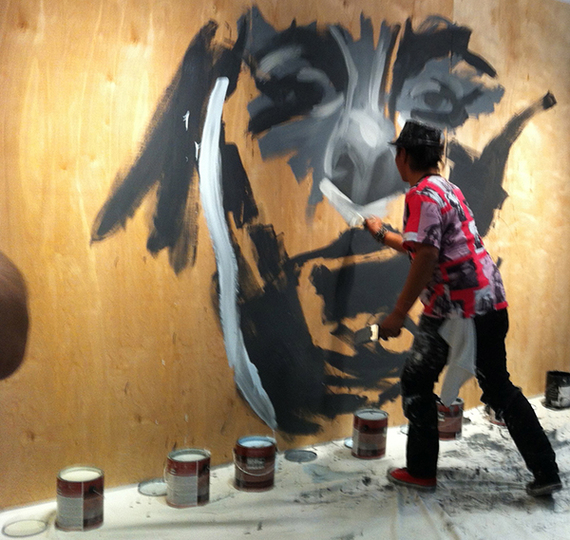 So even if artists do not advance a society directly by the questions they ask themselves, they do help us to explore facets of our culture and, thus, could inadvertently be contributing to breakthrough innovation. We are all waiting for the next Michelangelo and Picasso, however they are far in between.