This post originally appeared on The Cut
By Rebecca Traister 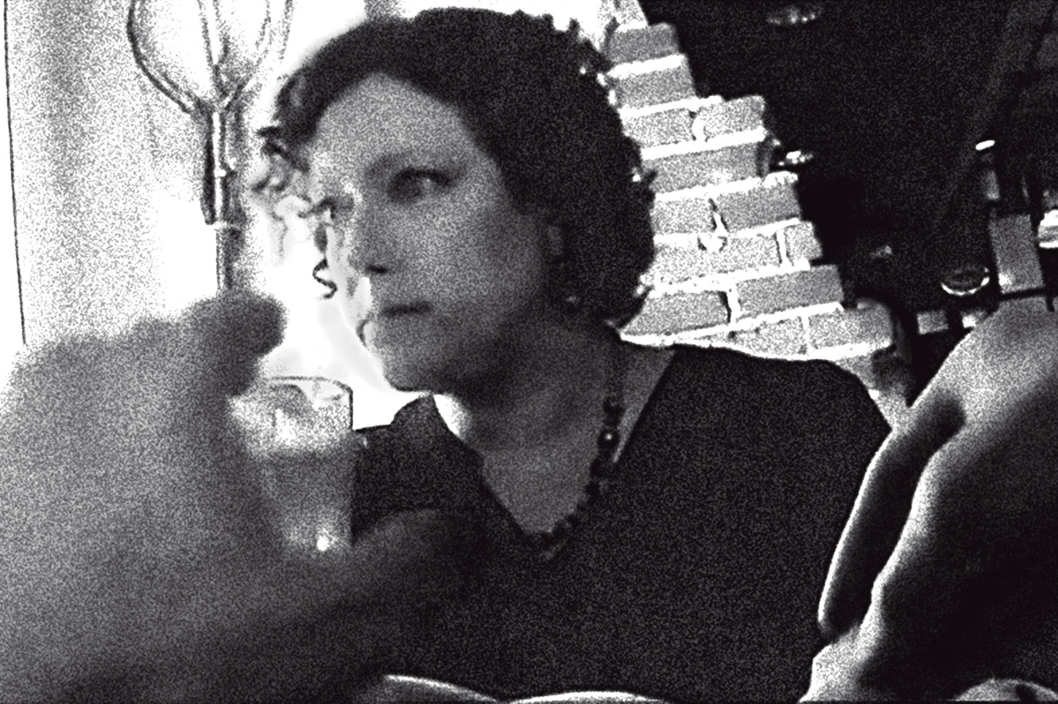 Video still from an anti-abortion group's hidden-camera footage of the research director for Planned Parenthood Gulf Coast in Houston, Texas.

"I gave birth to two premature kids," said California's Barbara Boxer on the Senate floor last week, during the debate over cutting federal funds to Planned Parenthood. Boxer sounded impatient, irritated. "I just don't like lectures by men about what it's like."

Her comment came in response to the furious fight that has erupted over the undercover videos, made by an anti-abortion outfit calling itself the Center for Medical Progress, purporting to show that Planned Parenthood is profiting illegally from the sale of aborted fetal tissue to medical-research companies. So far, the heavily edited videos have offered no clear evidence of wrongdoing but have shown Planned Parenthood doctors and administrators in frank conversations about specific protocols and ethical concerns involved in the donation of fetal tissue, for which consent is obtained from the women undergoing procedures. (Fetal tissue is crucial to research into ALS, Parkinson's, sickle-cell anemia, and Alzheimer's; Senate Majority Leader Mitch McConnell was among the Republicans who voted to make its donation legal in 1993.) But the real message of the campaign is far more visceral.

The undercover activists, posing as tissue "buyers," ask to examine trays of aborted fetuses of later gestational age, lifting severed arms and intestines to make sure the hidden camera catches them. The filmmakers engage Planned Parenthood employees in clinical exchanges about little lungs and thymus glands, about crushed organs and tiny bones. The aim is to shock viewers with the physicians' callous attitudes toward disembodied fetal parts and to expose the blood-and-guts nature of their work. The campaign, masterminded by 26-year-old anti-abortion crusader and "proud millennial" David Daleiden, is meant to let us in on the fact that abortion is disgusting.

When asked, in an interview with the National Review, what one question he would ask Planned Parenthood president Cecile Richards, Daleiden replied, "I would ask her if she knows abortion the way Planned Parenthood providers know abortion." Proud millennial David Daleiden wants to make sure that 57-year-old Cecile Richards, who has given birth to three children and publicly discussed her own abortion, really understands what abortion is.

Daleiden is enacting a very old strategy, akin to standing outside a clinic with a sign informing women that their unborn babies have fingerprints at nine weeks' gestation. This approach has taken on new life in recent years, as improving ultrasound technology has offered an ever-sharper view of fetal development, leading those in both the anti-abortion and the reproductive-rights movements to argue that a public, moral, and rhetorical reckoning with the carnal implications of abortion is necessary.

The videos are likely to have an impact: not on public opinion about abortion, which rarely changes meaningfully, but perhaps
on Planned Parenthood's funding, and almost certainly on laws made by state legislatures in the parts of America where abortion has already become so inaccessible -- thanks to elaborate facility requirements, waiting periods, parental-consent-and-notification laws, earlier gestational cutoffs, and a dwindling number of providers -- that it might as well be illegal.

But as a broader strategy, the notion that educating women in the grotesqueries of termination will be a game-changer is absurd. As Richards could tell Daleiden if he asked her his question, women already know what abortion is. We know more about blood, innards, fetuses, and the babies they may become -- in short, about life in reproductive bodies -- than anti-abortion activists seem to understand.

The average age of menarche in the United States is 12; the average age of menopause, 51. During the intervening decades, most women bleed regularly, and if you think we emit that chlorinated blue water in the maxi-pad ads, you are incorrect. I was in high school the first time a friend joked about a "period chunk." I was also in high school when I first heard that an acquaintance had had a grapefruit-size dermoid cyst removed from an ovary; as is not uncommon with those cysts, it contained teeth, hair, and skin.

The act of controlling or preventing pregnancy for a heterosexually active woman is filled with corporeal maneuvering. It can entail the daily, timed consumption of pills; implantation of a subdermal device; the obsessive monitoring of temperature and vaginal secretions; fiddling in unseen recesses with caps and diaphragms. Even the in-vogue set-it-and-forget-it IUD is not always as easy as it seems. Getting mine involved a snapped wire, retrieval, reinsertion, and the manual dilation of my cervix, which was the most exquisitely terrible pain of my life -- and I am the veteran of three uterine surgeries, two of which resulted in babies and one in the removal of 20 fibroid tumors from my uterine wall.

Women do not need real talk about bodies; our adult days brim with the effluvia, the discomforts, the weirdness and emotional intensity and magnitude of our medical choices. Then there is pregnancy itself, wanted or not, and its attendant risks. Women pass early pregnancies into toilet bowls and sadly collect the remains of later ones in Tupperware containers to bring to their doctors. Most of us know of someone who has suffered the excruciating pain of stillbirth. One friend, bleeding 13 weeks into a deeply desired pregnancy, was told by her doctor not to worry unless she passed a clot bigger than her fist.

Women who have been pregnant past quickening have felt the nauseating turn of a baby inside them; some have had the horror of feeling that baby stop moving, or, as Texas gubernatorial candidate Wendy Davis wrote of her experience, can feel the spasms of fetal seizure. She had a late abortion. So did California representative Jackie Speier, as she told the House in 2011, responding to a colleague who'd read aloud a gory description of a second-trimester termination. "I was thinking to myself, Not one of you has endured this procedure," she said of her decision to speak publicly about it.

Women know about blood. We know about discharge. We know about babies, and many of us also love them, their little feet and hands and eyelashes. And, yes, we know that those bitty features develop while the fetus is inside us. We also know the physical, economic, and emotional costs of raising those children outside our wombs.

Sixty-one percent of women who seek abortions already have at least one child. More than a third already have at least two children. Women know what pregnancy is and what abortion does. Perhaps it's this common calculation that keeps so many women (and men) grateful to an organization dedicated to the maintenance of women's bodies. An NBC News-Wall Street Journal poll, released after the fetal-parts videos, showed Planned Parenthood with a net favorability rating of 45 percent, higher than Donald Trump, the Democratic and Republican parties, Hillary Clinton, Barack Obama, the Supreme Court, and the National Rifle Association.

Frances Kissling, a reproductive-rights activist who worked in one of New York's first abortion clinics in the 1970s and led Catholics for a Free Choice for 25 years, has long urged the pro-choice movement to make room in its rhetoric for the moral acknowledgment of the fetus. But she has never doubted that many women already recognize it. "When they come to the clinic," she said, "they ask you, 'Is it going to hurt the fetus?' They know that what is inside of them is going to die and come out. They know it. And they have abortions."

They have always had abortions. Katha Pollitt, the author of Pro: Reclaiming Abortion Rights, pointed out that in the 19th century, the number of children per woman dropped from around seven in 1800 to four in 1900, despite the fact that there was no modern birth control. "So how do you think that happened? It happened with abortion. Anthropologists will tell you there have been abortions for thousands of years in a very wide variety of societies."

Planned Parenthood didn't invent abortions, and David Daleiden isn't going to explain them in terms so grisly as to reverse thousands of years' of women's needs, desires, and lived experiences.

"Abortions are yucky," said Kissling. "But after that response, there is a shrugging of the shoulders." After all, a lot of life is yucky.

*This article appears in the August 10, 2015 issue of New York Magazine.

Also from The Cut:
One Model's Secret to Success: Accept Your Body
Texas Judge: Marry Your Girlfriend or Go to Jail
Target Steps Into Gender-Neutral Future
How Diary of a Teenage Girl Refuses Easy Answers
Leave Mariah Alone, Dammit

PHOTO GALLERY
Myths About Abortion That Need To Be Busted
Download
Calling all HuffPost superfans!
Sign up for membership to become a founding member and help shape HuffPost's next chapter
Join HuffPost

The Big Secret of Abortion: Women Already Know How It Works
Myths About Abortion That Need To Be Busted

1 / 8
<big><strong>MYTH:</strong></big> Abortion is dangerous.
<strong>REALITY: </strong> Over 99.75 percent of abortions do not cause major medical problems. Less than <em>one-quarter of 1 percent </em>of abortions performed in the United States lead to major health complications, according to a <a href="http://journals.lww.com/greenjournal/Citation/2015/01000/Incidence_of_Emergency_Department_Visits_and.29.aspx" target="_hplink">2014 study</a> from the University of California, San Francisco, that tracked 55,000 women for six weeks after their abortions. The <a href="http://health.universityofcalifornia.edu/2014/12/08/99449/" target="_hplink">researchers note</a> that this makes an abortion statistically about as risky as a colonoscopy. If that fact seems surprising, consider how <a href="https://www.huffpost.com/entry/the-way-we-talk-about-abortion_n_6289906" target="_hplink">American pop culture misrepresents the risks of abortion</a>: Nine percent of film and television characters who have abortions die as a direct result of the procedure, according to <a href="http://www.contraceptionjournal.org/article/S0010-7824%2814%2900006-7/abstract" target="_hplink">another 2014 study from UCSF</a>.
Getty Images