Three movies I saw at Sundance this weekend had a fun through-line. They all starred young, likable comedians whose characters ― not far removed from their real personas ― needed to get their acts together. Each of them will find effortless mainstream appeal beyond the festival bubble, especially “The Big Sick,” which Amazon bought for a whopping $12 million.

Jessica Williams is a tremendous talent. A former “Daily Show” correspondent who appeared on a few episodes of “Girls” and now co-hosts the funny podcast “2 Dope Queens,” Williams has a magnetizing presence. “The Incredible Jessica James” marks her first starring vehicle, a lovely introduction for anyone not privileged to know Williams’ name. (But really, know it.)

Williams is relatively new to the big screen, but writer/director Jim Strouse is not. Strouse has made Sundance movies like “Grace Is Gone” and “People Places Things” (in which Williams had a supporting role) for more than a decade, but he’s never surpassed the indie-festival vacuum. “Jessica James” could change that. A crowd-pleaser with a distinctly modern voice, the movie plays like a romantic comedy of sorts. Thankfully, its nuances supersede its cliches.

Williams plays ― you guessed it ― Jessica James, who is a version of herself, or at least a character who borrows Williams’ sardonic, self-assured aura. Jessica is a 25-year-old aspiring New York playwright and devoted children’s theater teacher who wryly tells her mother’s suburban friends that, no, she doesn’t really care for “Jersey Boys” because she prefers “dialogue-driven dramas that explore the human condition.” Feeling unanchored in the aftermath of a breakup, the marriage-averse Jessica schools Tinder dates on not needing validation from a partner. Then she returns home and refreshes her ex-boyfriend’s (Lakeith Stanfield) Instagram over and over.

When a like-minded friend (Noël Wells) plays matchmaker, Jessica is surprised to find herself attracted, maybe, to an amiable 30-something white guy (Chris O’Dowd) who created an app. You’ll spot where “Jessica James” is headed, but the movie feels fresh thanks to its relentlessly lovable and imperfect protagonist. Strouse gives her a well-rounded appeal that stretches far beyond Jessica’s relationship drama. By the time she gives her pregnant sister a self-illustrated picture book called Subverting the ABCs of the Patriarchal Paradigm, we are rooting for Jessica because we appreciate her drifty self-searching that butts up against her determined social values. That’s the lovely thing about “The Incredible Jessica James” ― its title character feels like a lost bird, hoping to sprout wings, but we know she has herself figured out pretty damn well. Plus the movie is a laugh factory.

Jenny Slate and writer/director Gillian Robespierre first teamed up for 2014’s “Obvious Child,” a progressive comedy that explored romance through the lens of abortion. It a wonderful movie, so anticipations were high for their follow-up, the domestic dramedy “Landline.” Alas, this particular child is a bit too obvious.

“Landline” is charming enough. It’s the type of movie that makes you say, “Well, that was cute,” and not much else. Set in 1995, “Landline” captures the tensions of a Manhattan nuclear family dealing with the same domestic hardships that plague many clans: a rebellious teenager, affairs, monotony, drug deals, “Mad About You” episodes. When a graphic designer (Slate) stuck in a quarter-life crisis and her testy younger sister (perfectly cast newcomer Abby Quinn) discover their wannabe-playwright father (John Turturro) has penned erotic poems to someone other than their businesswoman mother (a steadfast Edie Falco), the tribe’s restlessness further unravels. Each character is dealing with his or her own emotional upheaval. In moments of impulse, Slate’s character cheats on her allegiant boyfriend (Jay Duplass), her sister dabbles in heroin, and their dispirited mother sports a replica of the Pepto-Bismol suit that Hillary Clinton wore during her now-famous women’s rights speech.

“Landline” has ample charm, even if its ‘90s setting feels like an unnecessary excuse to cram references to Blockbuster, “Curly Sue,” Must-See TV and eyebrow rings. Robespierre and co-writer Elisabeth Holm strive to capture the same lived-in vibe that “Obvious Child” carried. Instead of Jenny Slate and Jake Lacy grooving to that titular Paul Simon song, for example, the sisters dance to PJ Harvey’s “Down by the Water.” Slate and Quinn have nice familial chemistry, but beneath that charisma is a shaky script that shortchanges most of its characters. Frankly, the story feels too familiar, which diminishes the dramatic elements that surround its comedy. “Landline” manages not to feel overly precious, but in mining so many homespun tropes, little lands with the impact Robespierre hopes. That said, it’s clear that she and Slate make a complementary team, and hopefully their next project together will rise to a new occasion.

If you follow him on Twitter or watch “Silicon Valley,” you know Kumail Nanjiani is one of today’s sharpest comedic voices. That’s even more apparent in the semi-autobiographical “The Big Sick,” Nanjiani’s first big-screen showcase. He wrote the movie with wife Emily V. Gordon, basing the story on their cross-cultural courtship.

At its premiere, “The Big Sick” played like gangbusters. At times the audience giggled so uproariously that it was hard to hear the next joke. And for good reason: Nanjiani and Gordon’s script offers a lovable portrait of a character named (what else?) Kumail, a stand-up comedian living in Chicago. Kumail’s traditionalist parents insist on arranging a marriage with a nicePakistani woman, but he won’t bite, especially after sparking a slow-boiling romance with Emily (an effortless Zoe Kavan), a grad student studying to become a therapist.

Directed by Michael Showalter, the brains behind “Wet Hot American Summer” and last year’s “Hello, My Name Is Doris,” the movie leans into cultural politics with a refreshing spirit. Kumail struggles in admitting to Emily that he hasn’t told his parents about their relationship, only to regret a harsh exchange when unexpected illness lands Emily in a coma. That’s where “The Big Sick” falters a bit. Judd Apatow produced the movie, and like all Apatow productions, this one is about 20 minutes too long. The extended hospital stay could benefit from some trims, largely to circumvent the movie’s routine paths and redundancies. It does, however, give us Holly Hunter and Ray Romano playing Emily’s parents, who travel to Chicago to be with their daughter. They are remarkable in the roles, displaying amusing signs of a weathered marriage. (Seriously, fire up Hunter’s Oscar campaign now. She’s comedic gold.)

Despite its hiccups, “The Big Sick” is a success. Nanjiani makes a lovely leading man, framed to look like a traditionally handsome rom-com star. His delivery is naturalistic and humane, never relying on physical gags or ham-fisted clichés. And if you thought 9/11 was one of the few things we shouldn’t joke about, just wait ― the movie lands a terrorism punchline so funny that the next few lines of dialogue were inaudible over the theater’s laughter. “The Big Sick,” one of Sundance’s hottest bidding items among distributors, is a witty, worthy love story telegraphed through the lens of cultural divides. It’s about parental expectations, professional hurdles and romantic gumption. Bravo for that. 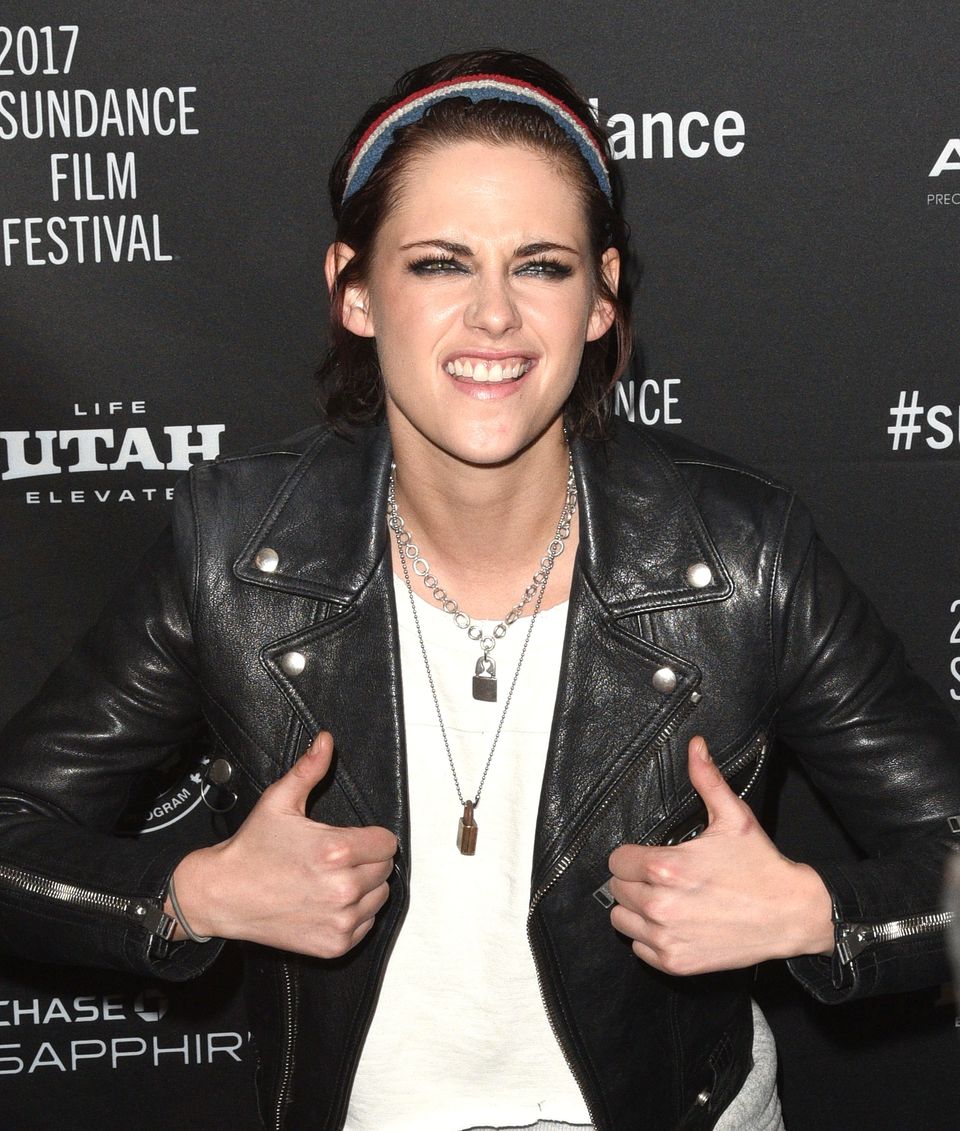