How's it all going to end? Being a cosmologist, I'm not talking about our new year, but about our universe, billions of years from now.

This question has gotten me worrying about what I call the Big Snap.

The usual suspects for our upcoming "cosmochalypse" are the Big Chill, the Big Crunch and the Big Rip.

The Big Chill is when our universe keeps expanding forever, diluting our cosmos into a cold, dark and ultimately dead place.

I think of it as the T.S. Elliot option: "This is the way the world ends: Not with a bang but a whimper."

If you, as Robert Frost, prefer the world ending in fire rather than ice, then cross your fingers for the Big Crunch, where the cosmic expansion is eventually reversed and everything comes crashing back together in a cataclysmic collapse akin to a backwards Big Bang.

Finally, the Big Rip is like the Big Chill for the impatient, where our galaxies, planets and even atoms get torn apart in a grand finale a finite time from now.

Which is it going to be? That depends on what the dark energy that makes up 75% of the mass of our universe will do as space continues to expand.

It can be any of the Chill, Crunch or Rip depending on whether the dark energy sticks around unchanged, dilutes to negative density or anti-dilutes to higher density, respectively. Since we still have no clue what Dark Energy is, I'll just tell you how I'd bet: 40% on the Big Chill, 9% on the Big Crunch and 1% on the Big Rip.

What about the other 50% of my money? I'm saving it for the "none of the above" option, because I think we humans need to be humble and acknowledge that there are basic things we still don't understand. The nature of space, for example.

We used to think that space was just the boring static stage upon which the cosmic drama unfolds.

Then Einstein taught us that space is really one of the key actors: it can curve into black holes, it can ripple as gravitational waves and it can stretch as an expanding universe. Perhaps it can even evaporate into a different phase much like water can, with a lethal fast-expanding bubble of the new phase offering another wildcard cosmochalypse candidate.

From hearing about the Middle East on the news, we're used to the idea that you can't get more space without taking it away from someone else. However, Einstein's gravity theory says the exact opposite: more volume can be created in a particular region between some galaxies without this new volume expanding into other regions -- the new volume simply stays between those same galaxies. It sounds a bit too good to be true, which makes me wonder: is it? 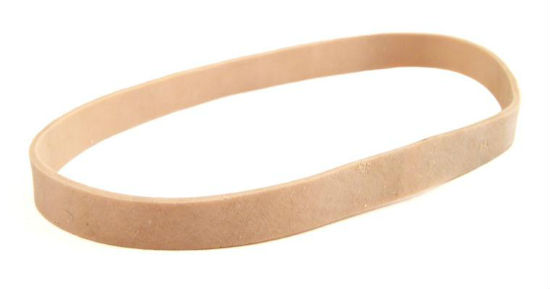 A rubber band can only be stretched so much before it snaps, so can space really expand forever?

A rubber band looks nice and continuous, just like space, but if you stretch it too much, it snaps. Why? Because it's made of atoms, and with enough stretching, this granular nature of the rubber becomes important. Could it be that space too has some sort of granularity on a scale that's simply too small for us to have noticed? Mathematicians like to model space as an idealized continuum without any granularity, where it make sense to talk about arbitrarily short distances. We use this continuous space model in most of the physics classes we teach at MIT, but do we really know that it's correct?

Certainly not! In fact, there's mounting evidence against it. In a simple continuous space, you'd need to write out infinitely many decimal places just to specify the exact distance between two random points, but physics titan John Wheeler showed that quantum effects probably make any digits after the 35th decimal place meaningless, because our whole classical notion of space breaks down on smaller scales, perhaps being replaced by a strange foamy structure. It's a bit like when you keep zooming a photo on your screen and discover that what looked smooth and continuous is actually granular like a rubber band, in this case made up of pixels that can't be further subdivided.

Despite looking smooth and continuous, this picture can only be zoomed so much before revealing its grainy pixelized nature. Physics suggests that our universe similarly contains only a finite amount of information, so could continued cosmic expansion destroy space as we know it?

Because that photo is pixelized, it contains only a finite amount of information and can be conveniently transmitted over the internet.

Similarly, there's mounting evidence that our observable universe contains only a finite amount of information, which would make it easier to understand how nature can compute what to do next. The so-called holographic principle suggest that our universe contains at most ten to the power 124 bits of information, which averages to about 10 terabytes for each volume that can fit an atom.

Now here's what bothers me. One of the core principles of quantum physics is that information can't be created or destroyed.

Which means that the number of gigabytes per liter of space keeps dropping as our universe expands.

This expansion continues forever in the Big Chill scenario (the front runner cosmochalypse candidate based on polling my astrophysics colleagues), so what happens when the information content gets diluted down to a megabyte per liter, which is less than a cell phone can store? To a byte per liter? We can't say specifically what will happen until we have a detailed model to replace continuous space, but I think it's a safe bet that it will be something bad that will gradually alter the laws of physics as we know them and make our form of life impossible -- welcome to the Big Snap.

Here's what bothers me even more: a simple calculation suggests that this will happen within a few billion years, even before our Sun runs out of fuel and destroys Earth. Our best theory for what put the bang into our Big Bang, called inflation, says that there was an awful lot of rapid space stretching going on in our early universe, with some regions getting much more stretched than others. If space can only get stretched by a maximum amount before suffering a Big Snap, then most of the volume (and consequently most of the galaxies, stars, planets and observers) will be found in the regions that have stretched the most and are close to snapping.

What would an impending Big Snap be like? If the granularity of space gradually grows, then the smallest scale structures would get messed up first.

We might first notice the properties of nuclear physics starting to change, for example by previously stable atoms undergoing radioactive decay. Then atomic physics would start changing, messing up all of chemistry and biology. Fortunately, our universe has provided gamma-ray bursts as a convenient early-warning system which, like a canary in a coal mine, might alert us long before a Big Snap could harm us. Gamma-ray bursts are cataclysmic cosmic explosions blasting out detectable short-wavelength gamma rays from half way across our universe. In continuous space, all wavelengths move at the same speed, the speed of light, but in the simplest kinds of granular space, shorter wavelengths move slightly slower.

Yet we've recently observed gamma rays of quite different wavelengths race for billions of years through space from a distant explosion, arriving in a photo finish within a hundredth of a second of each other. Taken at face value, this rules out an impending Big Snap for billions and billions of years to come, flying in the face of what we predicted in the last paragraph.

So we've concocted this New Year's brew by blending together some of the most cherished ingredients of cosmology and quantum physics, adding some experimental data and stirring it up. The result? They ingredients don't mix well, suggesting that there's something wrong with at least one of them. I love mysteries, and find paradoxes to be nature's best gifts to us physicists, often providing clues to future breakthroughs. I think we're due for a breakthrough on the nature of space. So the Big Snap paradox is a great way to start the new year!