When President Obama outlined on January 8 the rationale for the economic stimulus bill, "The American Recovery and Reinvestment Act," he clearly identified the men and women most in trouble:

Nearly two million jobs have now been lost, and on Friday we are likely to learn that we lost more jobs last year than at any time since World War II. Just in the past year, another 2.8 million Americans who want and need full-time work have had to settle for part-time jobs.

The House-Senate compromise, however, cuts funds for extended health care coverage for the unemployed; cuts $30 billion in aid to state governments to prevent reductions in social services to the poor and out-of-work; and also cuts a special "Making Work Pay" tax holiday from $500 to $400 for an individual, and from $1,000 to $800 for a couple, for low-to-middle-income workers still hanging on to their jobs

Amid all the cutting, however, one group emerged unscathed: the upper-middle class, the not-quite-super-rich, but certainly not on the ropes. Most of these folks, in terms of income and employment, are what could be called the un-needy, a group clearly distinct from those Obama identified as the core target of the legislation. The "compromise" legislation includes $70 billion, or just under 10 percent of the whole package, to be used expressly to take care of these affluent people.

In fact, these lucky men and women make so much money that they fall into the ever-expanding grasp of the alternative minimum tax (AMT). The AMT was originally designed in 1969 to prevent the nation's millionaires and billionaires from using tax loopholes to pay zero income tax. That year, 155 very wealthy taxpayers paid no federal tax whatsoever. This year, if the law remains as it is currently crafted, the AMT would, through bracket creep, apply to as many as 25 million taxpayers, including those making in the $85,000 to $250,000 range, depending on how many deductions they claim (the more deductions, the more likely the AMT comes into play).

There is a strong case to be made that the AMT was never intended to apply to people in these income categories - for example two public school teachers married to each other -- and Congress in recent years has repeatedly passed temporary one-year "patches" postponing the downward reach of the tax provision.

Some economists argue, however, that patching the AMT is one of the least effective ways for Congress to stimulate the economy and create jobs. As the Huffington Post has reported, the Congressional Budget Office and Brookings-Urban Institute Tax Policy Center have both described the AMT as a poor use of federal dollars.

Why then has Congress added the $70 billion AMT patch to the bill, while cutting other expenditures right and left?

The most obvious answers are 1) the people who make $80,000 to $250,000 are influential and vocal in pressing their complaints to Congress; 2) an AMT-induced tax hike would produce an outcry; 3) and people in this class have become the most contested "swing" voters in elections -- running the gamut from presidential to state legislative elections.

Once these upper-middle-class voters were a reliably Republican constituency, but over the past generation, Democrats have made major inroads, evinced in the success of Bill Clinton, Al Gore, John Kerry and Barack Obama in the well-to-do suburbs of New York, Philadelphia, Boston, and along the entire California coast.

A major consequence is that leaders of both parties are vying intensely for this crucial segment of the electorate -- Republicans to staunch the hemorrhaging, Democrats to speed it up. Thus, the $70 billion AMT patch has become inviolable.

Below are tables illustrating the distributional impact of the AMT patch as calculated by the Brookings-Urban Institute Tax Policy Center: 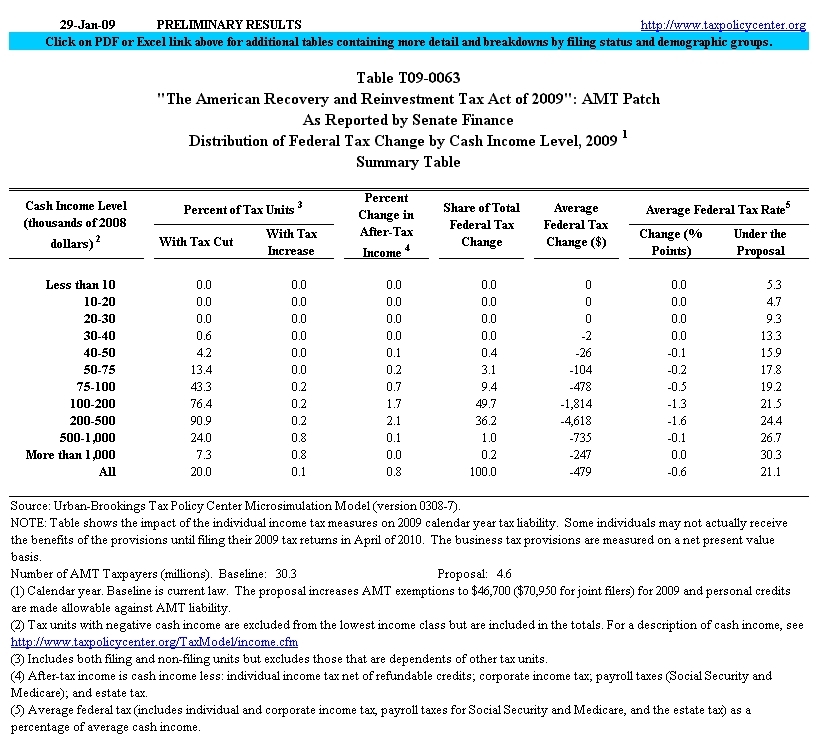 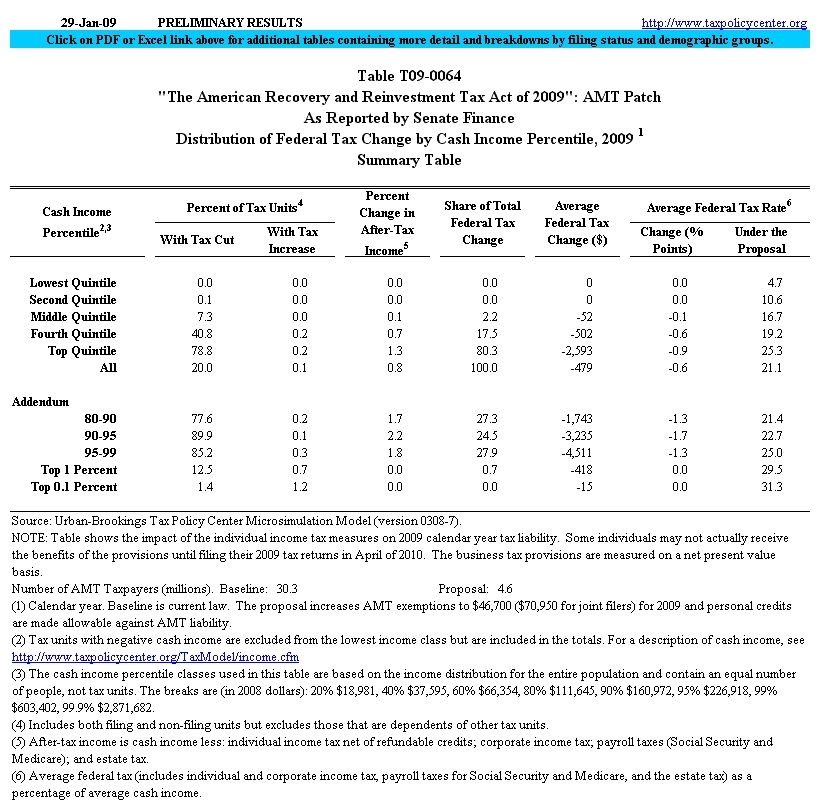 Jan. 6 Insurrection Was Weeks In Making For Oath Keepers And Founder