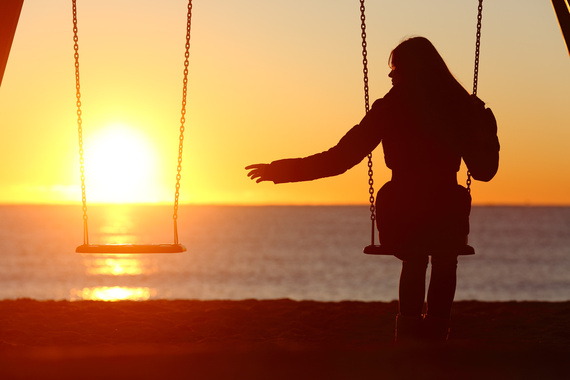 I knew from a very early age that I wanted to go to college and have a career. It wasn't until my sophomore year in college, though, that I made the decision to pursue medicine -- a career path that would ultimately take 15 years of my life to accomplish. At age 19, however, time was not a concern to me. I had all the time in the world. I never actually sat down to do the math and acknowledge the fact I would be almost 33 years old by the time I finished my training to become an OB/GYN and Maternal-Fetal Medicine specialist. I was young, had the whole world at my fingertips and was oblivious to what impact making such a decision would have on my future.

When I finished my training at age 33, I was single, had a great career, and was finally making enough money to travel and enjoy the fruits of my years of studying. I was in the prime of my life. Sure I thought about one day marrying and starting a family, but I was too busy to really take it seriously. I was too busy being a doctor and finally having the time to live my life. This lead to the first of many lies I would tell myself about my future fertility.

Lie #1: I have a great career and a great life. Being childless is perfectly fine with me.

I distinctly remember saying these words to myself and anyone who would listen. I really believed then that I didn't need or want to have children. I even once said that because I deliver babies and take care of pregnant women as a career, that would be fulfilling enough for me. I even went so far as to argue with others defending my stance and stressing the fact that not all women need or want to have children (which is still an accurate and perfectly acceptable position for many women). I truly felt then that I would be fully content with focusing my career and being childless. I was even OK with the possibility of never marrying.

Lie #2: I am healthy. Getting pregnant, even if I am older, will be easy.

At age 38, my future husband walked into a sports bar and changed my life. My tirelessly defended stance on being childless quickly turned into a conversation between the two of us about my age and the fact that if we wanted children we needed to move quickly. I don't even remember the moment when I changed my mind about having children. All I know is that when I met him, I realized that I really did want to have children. I guess you could say that in all the years of dating before I met him, no man had ever made me envision what it would be like to have a family of my own. We married at age 39 and had our first miscarriage one month before I turned 40. As it turned out, getting pregnant would be anything but easy for me.

Lie #3: If I can't get pregnant on my own, I will NEVER do in vitro fertilization (IVF).

When I first met my husband and it appeared that we were on the fast track to marriage, everyone asked if we wanted to have a family. Questions concerning my age were also asked and were quickly followed by comments such as, "You better start trying now!" Being an OB/GYN, I knew the facts about being advanced maternal age, but again, I thought I was healthy and really didn't have anything to worry about. Nevertheless, I had discussions with my husband, friends and family about the "What Ifs". What if I cant get pregnant on my own? What if I need to do IVF?

I immediately shot down any possibility of doing IVF. I argued that it was simply too invasive and expensive and was going way beyond what I was willing to do to become a mom. However, after trying and failing to conceive on our own, I had a reality check. I finally acknowledged the fact that not only did I want to be a mom, but it simply want going to happen naturally for us. For me, that meant pursuing IVF in order to have the best chance of having and carrying a child.

Our decision to do IVF was probably the single most difficult and stressful decision we made as a new couple. As newlyweds, this was particularly hard on our marriage, but we still envisioned one or two IVF cycles and a baby at the end. Little did I know that I was in for the struggle of a lifetime. After 5 cycles of IVF, my body only produced one genetically normal embryo simply due to the fact that I was older and had the effects of ovarian aging. As it turns out, IVF isn't a sure thing for everyone, and it's not always a valid Plan B.

I NEVER thought I would go this far, but it seemed the more obstacles we encountered, the stronger my desire to experience pregnancy myself became. Yes, surrogacy and adoption were options, but I wanted to be pregnant. I wanted to have that experience.

Of note, my story does have a happy ending, but that is not the point I want to make. I am sharing the biggest lies I told my self about my future fertility for one simple reason: Don't ever assume that you already know what your future self will want. Things change. People change. Feelings change. But most importantly, it is OK to change your mind on stances, decisions and points you once vigorously defended. I certainly did.

Be willing to compromise and go back on your word, especially when it comes to having children. I was once young, invincible and had convinced myself that I already knew what my future would hold. I never thought that I would go this far. I never thought that having a child would one day be so important to me.

I admit it. I was wrong.