UPDATE: Rachel's height was still speculation when this article was written. Sources now report that she is 5'4. The post has been updated to reflect this.

Few things make me uncomfortable or queasy. The limited list includes cockroaches, shrimp that still have legs attached, and desperate men. Weird assortment, I know. In the society we live in, however, people often view extreme weight issues as "disgusting," "scary," or "nauseating," whether viewing the morbidly obese or the painfully underweight. Our bodies are merely flesh, which should lead to understanding that the souls within are no more or less human because of physical appearance. Unfortunately, the idea that our bodies are merely flesh makes people all the more eager to criticize, forgetting that those limbs and torso are a host to someone. Someone who is a hilarious friend. Someone who is a loving sibling. Someone who is full of personality, fear, love, and everything that makes someone somebody. 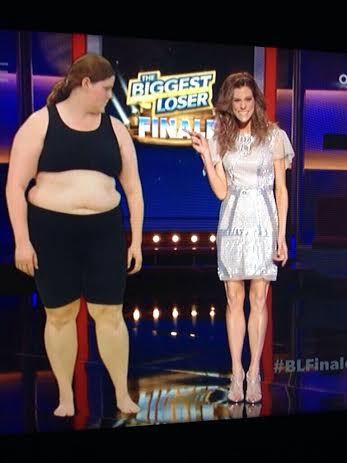 Last night on The Biggest Loser finale, we saw an interesting combination of extreme weight issues (call them eating disorders if you'd like, but I'm sticking with "issues" as to not marginalize... we don't all have disorders, but we definitely all have issues). We watched men and women who were previously 100-300lbs overweight dwindle down to "average" and "healthy" numbers on the scale. Well, most of them. Some were still technically overweight. And a few -- the winner in particular -- were underweight. Severely, severely underweight. Pause here for a second: I am in no way putting down the winner (Rachel Frederickson). She showed nothing but class, determination, and humility throughout the show's season. I am objectively stating that she is technically and obviously underweight, weighing in at 105 lbs at 5'4".

Of course my concern is with how the image of health is portrayed to our ever-radical culture, but even greater is my concern with the insensitive responses I have seen all over social media. Have we forgotten that Rachel will read all of this backlash? I'm glad that most viewers agree that rewarding anorexia is not the message The Biggest Loser should portray, but spewing Tweets about how "awful" and "gross" Rachel looks is just as harmful. She is human. She has working eyes. She will feel defeated, mortified, and confused. Trust me, from the look on Bob and Jillian's faces, they'll let her know that her body is in trouble. She doesn't need all of America harshly criticizing her and feeding whatever food issues she already faces. 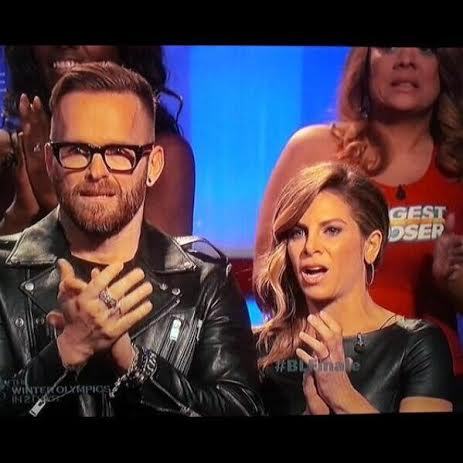 The trainers' (and contestant's) reaction to seeing Rachel. See? They'll take care of it.

The intentions of many were to attack NBC and Biggest Loser producers rather than Rachel. Yes, someone should have put a stop to her weight loss about 20 lbs ago. But they didn't... and what did you expect the show to do in that moment? Embarrass her on national television? "Psych! You don't win because you are too thin. Now scat and eat a burger." No, the show did what they had to do by running a normal finale -- albiet a really, really awkward one, considering the circumstances. I'm with all of you who are shocked that no one stepped in to stop her spiral, but we have forgotten Rachel herself in this grander desire to express outrage at a corporation. The responses telling NBC to rethink its approach to rewarding weight loss were fine by me. I fully support rewarding contestants for reaching their goal weights, rather than playing a game of Who's the Skinniest. However, in those well-intended responses, the words "scary winner" and "her arms make me queasy" should have never been involved. Even if compassionate indignation led you to feel uncomfortable seeing this beautiful woman in an unhealthy body, you are by no means permitted to publicly say that she is unattractive. Because "she" is not the arms, torso, or teeny thighs. "She" is that bubbly, giving, inspirational woman we got to know on the show. Her body is the inconsistent vessel. She remains. And she is beautiful.

She needs to know that. Not all of this other offensive junk.

I'm interested to see just how far the media will run with this compelling transformation. My only hope is that we can remember that although Rachel will most likely become the poster child for unhealthy extremes, she is still but one individual who is not defined by her body. Her body's importance is monumental only so far that it can sustain the woman within. I hope she gets it to that point, and that we all remember that people on T.V. are still people. Let's put ourselves in their shoes and express ourselves on social media accordingly.