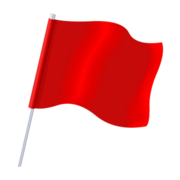 When I began dating again after my divorce, I got the reputation for being the "one date wonder." I had several friends who told me I was too picky or that my standards were too high. Several women friends mentioned that everyone has issues and you just have to learn to live with them. And you know what I say to that? Bull.

I am not saying that we all don't have issues. We do. We, as divorced people, have been through an experience that has had some impact on the way we view dating and relationships. What I am saying, is that you do not have to suffer a terrible relationship because you believe there is nothing better. Having some issues or after-effects from a divorce is one thing. Being dysfunctional, mean or immoral is something else. And you know what? Being alone is better than accepting any of that.

Many of my friends who thought my goals were too lofty routinely spent years in relationships that made them unhappy. One friend's boyfriend called her child a "little shit" to his face. One friend's boyfriend berated her son for bringing him the wrong drink. They stayed with them for years after giving the excuse: "He was just frustrated." "It was just a bad day." For me, there is no excuse for this behavior. These are Big Red Flags that should become deal breakers...after one time. One friend had a boyfriend who never showed affection. One friend told me he knew his girlfriend was bad for him, but he just couldn't quit going back for fear of loneliness. And that, I think, is the crux of excusing the Big Red Flag behaviors - loneliness. And that is the biggest mistake people make after divorce - holding on is better than being alone.

I don't think anyone, for the most part, wants to be alone. But it should not be something to fear. How terrible would it be to have fear driving your life rather than desire? Fear of being alone, fear that there are no good ones left, fear of being judged for being alone? For me, this lesson, letting go of fear, came directly from my divorce. I never in my life wanted to go through something like that again (who does, right?). I know that you can't control the outcome of everything in life, but I was going to make sure that I made the best decisions I possibly could. I went through the normal grief, defeat and insecurity of divorce, but on the other side of healing came empowerment. It is kind of fun to feel like you are in control. You decide what you want and how to get it. You decide what you are willing to accept and what you are not. You are empowered with the ability to decide not to settle for anything less than what you deserve.

If you accept the mantra I used when I was dating, that being alone for the rest of my life is better than being with the wrong person (and this mantra evolved over the course of my healing from my divorce), then you eliminate the temptation to accept less than what you want. Being alone is okay. It is not always fun. It is not always easy. But accepting the possibility that being alone can still mean being happy, takes the pressure off of having to meet someone or stay with someone you know is not for you. If you do not feel that you can be alone and be happy, then really, you are not ready to date. You are still in a position where you are relying on someone else to make you happy, and we all know that only you can make you happy.

Once you reach the point of accepting that you would rather be alone for the rest of your life than be with the wrong person, my other mantra comes into play - your deal breakers must actually break your deal. This is a biggy. For this to work, you must identify your deal breakers. Some behaviors are acceptable or up for negotiation, but some are unacceptable. When you see something that you know is a deal breaker, then break the deal. Anything else is unfair to you and to your significant other.

I would rather be alone for the rest of my life than be with the wrong person.