If I had a big huge red pen and could permanently strike five words from the Standard Veterinary Dialogue, it would be this: "You'll know when it's time."

Waiting for The Look

Wouldn't that be great, if pets had a little button that popped up like a Butterball turkey when they were ready to be euthanized? It would eliminate a lot of agonizing on the part of loving pet owners who are struggling with one of the most significant decisions they will have to make in a pet's life. But that's rarely how it actually works.

Perhaps you've heard people talk about "The Look," the appearance a pet has when he or she is ready to depart this Earth. "You'll know it when you see it," they say, and they are right. It's hard to describe, that sort of intuitive emotional bond that develops between owner and pet when they are signaling that they are done. I've seen it and I agree, it's hard to miss. It provides a great deal of reassurance to pet owners to know that their pet seems in agreement that it's time for the next adventure.

The only problem is, this doesn't always happen.

Pets have other ways of communicating with us beside a meaningful gaze that speaks to our soul; namely, their behavior. Veterinarians experienced in end-of-life care work with very specific quality of life assessments that can give more subjective endpoints than simply "a look," which can be key when an owner is waiting for a sign that may not come and ignoring all the other cues that a pet is communicating. 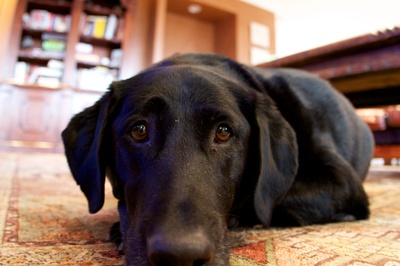 The Quality of Life Assessment

Appetite, mobility, hydration, pain, interest in their surroundings, and hygiene are all very specific categories we can assess to determine a pet's quality of life. Think of it less as a "yes/no" switch that gets flipped and more like a spectrum as a pet approaches death. There's a large grey zone towards the end where owners could make a good argument for or against it being "time", and that is the agony and the burden we face as pet owners.

I like the quality of life assessment that uses multiple variables to assess a pet's condition because all too often, people focus on one specific thing. "Radar hasn't gotten up for a week," an owner will say. "He cries all night, soils himself, and pants constantly, but he ate a piece of hot dog yesterday and wagged his tail once, so I don't think it's time yet." In these cases, I counsel owners that we don't need to wait until every moment of a pet's waking hours are miserable before making the decision to euthanize.

It's ok to go out on a bit of a high note. It is one of the blessings of euthanasia, that we can say goodbye in a controlled, peaceful environment and eliminate the pain and stress of a crisis moment at the end.

Death used to be as mysterious for me as it is for most people, but after years working with pets Death and I have become, if not friends, at least very collegial. With that under my belt, the only thing I can tell you with certainty is this: The only way you'll know that it's time, truly and without doubt, is when the pet actually stops breathing. Everything else is open to interpretation.

Rarely do people tell me after the fact that they let a pet go too soon. If anything, most feel they waited too long. We have a saying in our field that I repeat on a daily basis to my clients: "It's better to be a week too early than a minute too late."