I've led three delegations of top international CEOs to Iran over the past three years. The first, in 2013, was during Ahmadinejad's presidency and later, in 2014 and 2015, under Rouhani. We met with Iranian business leaders, young entrepreneurs, religious leaders, students, artists and people we would encounter in markets or on the street. We were the first group of Americans allowed back into the former U.S. Embassy and the first to meet with an Iranian minister since the revolution and hostage crisis in 1979-1980.

We think we know all about Iranians, having seen "Argo," "Homeland" and myriad other media consistently feeding us a narrative of "dangerous Iranians." Having spent time in the country, I agree there are many problematic issues. However, there is a lot that Americans and many in the West are unclear about. 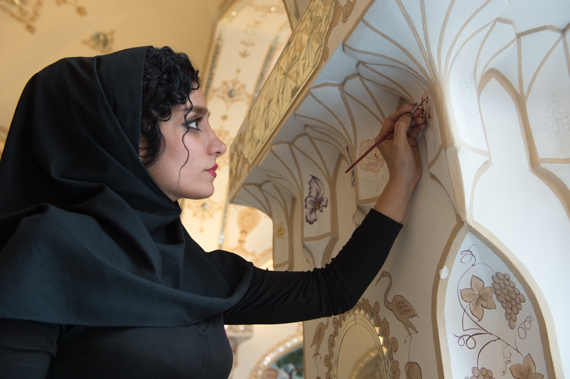 Below are some examples of preconceived notions about Iran that need to change.

Myth #1: Sanctions are a complete stranglehold on Iran.

Sanctions have been effective at slowing down some projects. Tehran is full of buildings under construction that are currently stalled, topped by unused building cranes. Financial sanctions and closing the SWIFT system to Iran have also had a huge impact on oil, petrochemical and large-scale commerce, but this is a workaround country--barter transactions, OFAC licenses for a range of permitted products and services, and "flying money," or suitcases full of cash that allow the Iranians to own 6.5 million iPhones and a host of Western products, imported through Dubai, Istanbul and elsewhere.

The country is full of sophisticated, world-class retail shops in high-end shopping malls. This is particularly true in Tehran, a cosmopolitan city full of world-class restaurants, broad boulevards, contemporary art museums and galleries.

We were at a fully-stocked Mont Blanc store opening. There are large Apple Stores and Think Different billboards. There is even a company that provides national AppleCare-like service. The Iran Mall, under construction with $1 billion invested, will be the largest mall in the world. It has been internally funded and now needs an additional billion dollars to complete. Young people wear Western dress with American logos and are fans of, and experts on, American music and culture.

The Iranian Revolutionary Guard Corps (IRGC) owns and runs many of the major Iranian companies and has a huge vested interest in sanctions being removed and the country opening up, creating the much larger market opportunity. 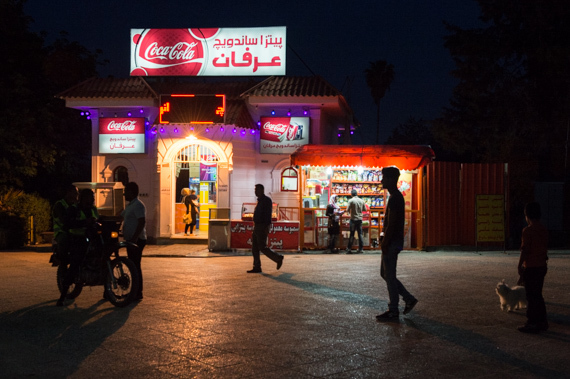 Myth #2: Iranians don't have access to or knowledge about what is going on in the world.

Filters and censorship do exist but are largely ineffective. VPNs (virtual private networks) are widely used to bypass the government filtering/blocking of certain websites, such as Facebook and Twitter. Most Iranians are on social media, watching American movies and TV (including news), listening to American music and wearing American brands.

Facebook has 15 million users in Iran, a statistic cited by Iran's vice minister of Information and Communication Technology (ICT) as a key competitive advantage. A Grand Ayatollah we met with said he wasn't on Facebook, because he was too busy, but his children are.

Iran has a 98 percent literacy rate, English is widely taught in schools, and there is a high Ph.D. rate among CEOs. Most we met had them. 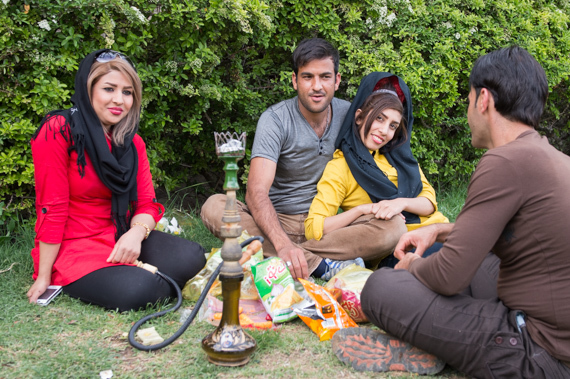 Myth #3: Iranians are way behind technologically.

Two-thirds of the population of the country is under 35, born after the revolution and hostage crisis. There are many private and public start-up accelerators, as in Silicon Valley. We visited with the young tech entrepreneurs at Avatech, a private accelerator and venture fund, as well as Isfahan Science and Technology Park, one of 32 government/university accelerators. 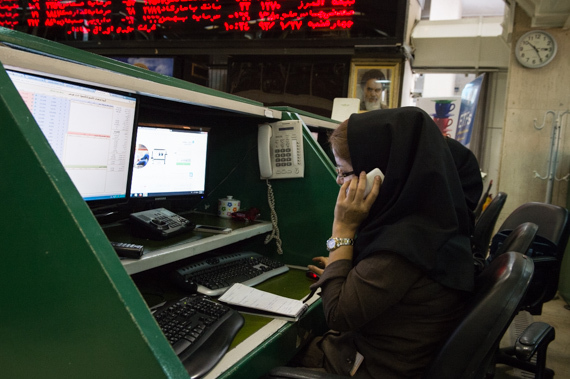 Myth #4: Women are an oppressed group and don't have a role in the economy.

Women are required to wear a headscarf, and in the past it had to cover all their hair, but now they are often brightly colored and pushed far back on the head, used more like a fashion accessory.

We met with a group of women at Isfahan Science and Technology Park who have developed a company using GPS technology to provide routing and control information for bus companies in Iran's two largest cities.

We met a woman creating Iran's "Groupon," who initially, being a young female, was not being taken seriously in business meetings. She went to her father, who was manager of a 500-person power utility and insisted he join the meetings. He would introduce her by saying, "We are doing some really interesting things on the Internet. She will tell you about them," and turned the meeting over to her completely. With that older male presence, prospective clients listened and signed up. A year later, when she'd grown the business to a substantial size, her father was no longer needed in the meetings for credibility.

At the Tehran Stock Exchange, most of the floor traders and many in management are women. 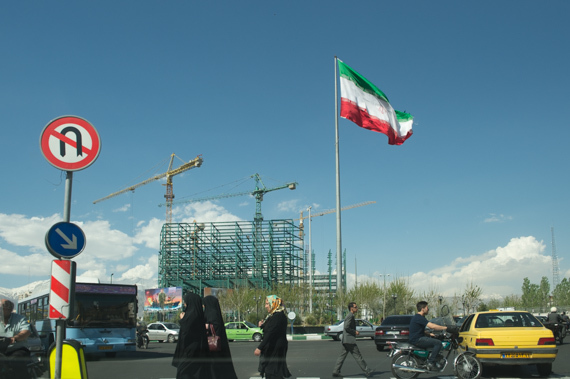 Myth #5: America is the dominant international player in Iran.

America is not the only game in town for Iran to do business with -- we don't call all the shots. There are 20,000 to 50,000 Chinese in Iran, many speaking Farsi, and they are now in Iran looking for deals and doing business. Major French and German delegations with representatives of their top companies are currently actively pursuing post-sanction business opportunities. The U.S. could easily become the player that is isolated. 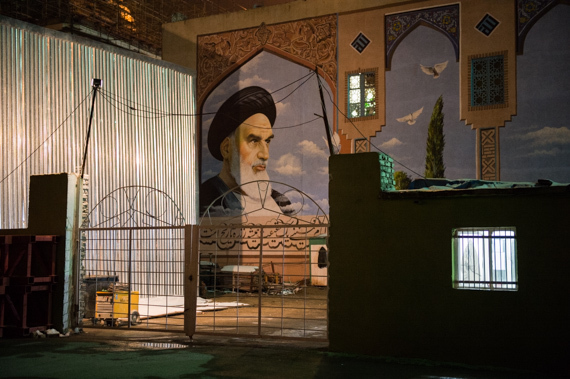 Myth #6: Iran is a dangerous and difficult place to visit.

Traveling as a tourist/visitor to Iran with a proper visa and following their rules is completely safe. Thousands of Western tourists visit Iran every year without incident.

Iran issues tourist visas to Americans and citizens of all other countries, other than Israel. While visiting, you are assigned a guide/minder, who both helps as any other guide would, and also enforces the regulations as to where you are allowed to go and what you are allowed to do.

Americans don't need any special permission from the U.S. government to travel to Iran. You cannot enter Iran on any passport with an Israeli stamp. The U.S. State Department issues American citizens a second passport for travels in the Middle East to any of the countries that also have that restriction.

Americans and U.K. citizens are always accompanied by a guide/minder, who enforces what is and is not allowed to visit and who is generally very accommodating. Despite restrictions, visitors still have access to much more than a tightly controlled itinerary. We met and interacted with hundreds of people in the street and markets who asked us questions and talked with us about politics and a wide range of topics.

Once while walking in the Grand Bazaar of Tehran, an older man approached me and asked where I was from. When I told him I am from the United States, he immediately gave me a huge hug and exclaimed, "America, we've been waiting for you for 30 years!"

Governments of each country have political differences, but Americans do not experience that on the ground and are warmly welcomed. Revolutionary Guard at airport immigration, on seeing a U.S. passport, said "Welcome and God Bless You." We were not even allowed to pay in many shops. 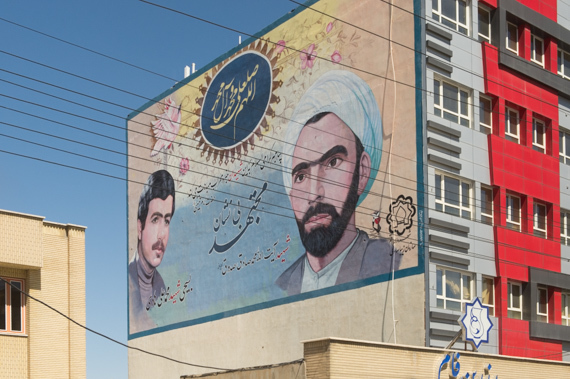