"There is also a more hopeful scenario. The new Ukraine is still alive and determined to defend itself. Though Ukraine, on its own, is no match for Russia's military might, its allies could decide to do 'whatever it takes' to help, short of becoming involved in a direct military confrontation with Russia or violating the Minsk agreement. Doing so would not only help Ukraine; it would also help the EU to recapture the values and principles that it seems to have lost. Needless to say, this is the scenario I advocate." 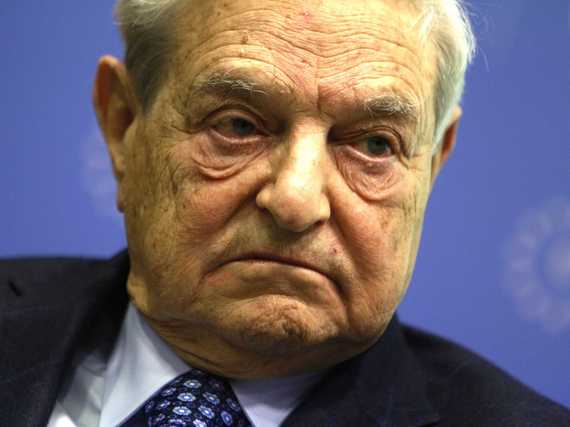 These statements were published about two months ago on the respected financial website marketwatch.com. They were written by the world's prominent citizen, George Soros.

Soros needs no introduction. I'm sure most readers are aware of both him and his background. What spurred my comment is the ease with which someone, regardless of his global power and influence, can express such views.

Let's cut to the chase. What this gentleman proposes as the most hopeful scenario of the ones he outlines is an allied--presumably he means involving the major European players and, obviously, the U.S.--military intervention in Ukraine to stem Russian expansionism.

In my humble opinion, it's both inconceivable and terrifying that such a powerful man would propose an action that could spark a new world war.

I'm not in a position to take on someone and confront him with enough arguments, someone whose decisions affect the lives of millions of people around the world. A man who is obviously an "insider", someone who has access to more information than we do. Nor could I adequately analyze the Ukraine issue to argue one side or the other. My concern can be seen in the timing of my comments about his statements, two months after their publication. I'm not interested in breaking news. My interest lies in analyzing behavior outside the confines of time. And what made Soros's statements stick in my mind was the article's headline: "Europe ditches Ukraine as it seeks to save Greece."

In Soros's article, we see a powerful businessman, a man listed among the globe's thirty wealthiest men, state that the attention of the leaders of the Western world shouldn't be on saving a population that is suffering and crumpling because of the dysfunctional financial system, but, on the contrary, should focus on organizing a military action against a superpower. A military action whose devastating consequences would include loss of human life, destruction of generations and societies, and much more.

When I read such views being expressed by such powerful people who are obviously more in turn with numbers than with human life and human values, I dub the phenomenon "The Birth of Wars". Just like the article's title.