The “crazy cat lady” stereotype has been around for a very long time. In fact, 100 years ago, it was used to promote the idea that women shouldn’t vote.

While looking into vintage suffrage propaganda for another piece, I accidentally mistook a few suffrage pamphlets and postcards as pro-suffrage because, well, they had cats on them, and cats are a woman’s best friend.... right? I quickly realized that the adorable cats wearing “Votes For Women” sashes around their cute furry bodies were in fact part of the anti-suffrage propaganda disseminated during the early 1900s.

According to Director of Gender Studies at Monmouth University Dr. Corey Wrenn, cat imagery was very commonly deployed by those opposed to women’s suffrage. Suffragists were portrayed as cats on anti-suffrage pamphlets, news paper ads and posters.

All minority groups are animalized to present them as other and lesser. Dr. Corey Wrenn, Director of Gender Studies at Monmouth University

In a 2013 blog post, Wrenn explained that “the intent [of showing suffragists as cats] was to portray suffragettes as silly, infantile, incompetent, and ill-suited to political engagement.” This was in turn meant to minimize their demand for voting rights.

“All minority groups are animalized to present them as other and lesser,” Wrenn told HuffPost. “It was done to Japanese and German persons during World War II, it has been done to African Americans, it is done to disabled people, and it is also done to women. These groups have been so othered that they are sometimes framed as another species altogether.”

So, why cats specifically? Wrenn said that at the turn of the 20th century, cats were seen as domestic and feminine creatures, while dogs were seen as masculine.

“White women (who dominated the suffragette movement) are most easily animalized as cats,” she told HuffPost. “Cats are also creatures of the home, just as middle-class white women were expected to be. These associations hoped to remind the viewer that women were meant to be at home, quiet, apolitical and domestic.”

Amy E. Farrell, Professor of Women’s, Gender and Sexuality Studies at Dickinson College, told HuffPost in September that the way Trump talks about women is very similar to the way anti-suffrage activists did.

“Historically, comments about women being ugly, fat or like an animal ― dogs, pigs, etc. ― have been ways to keep women in line,” Farell said. “That goes all the way back to the suffragists, who were painted as animals, painted as fat. These are ways to scare women into not speaking up.”

Less than a week before Americans head to the polls, with the option of voting for a woman for president, it’s worth remembering the women that fought for that right ― and the pussy-themed pushback they faced.

Scroll below to see some cat memes that have been around way longer than the internet. 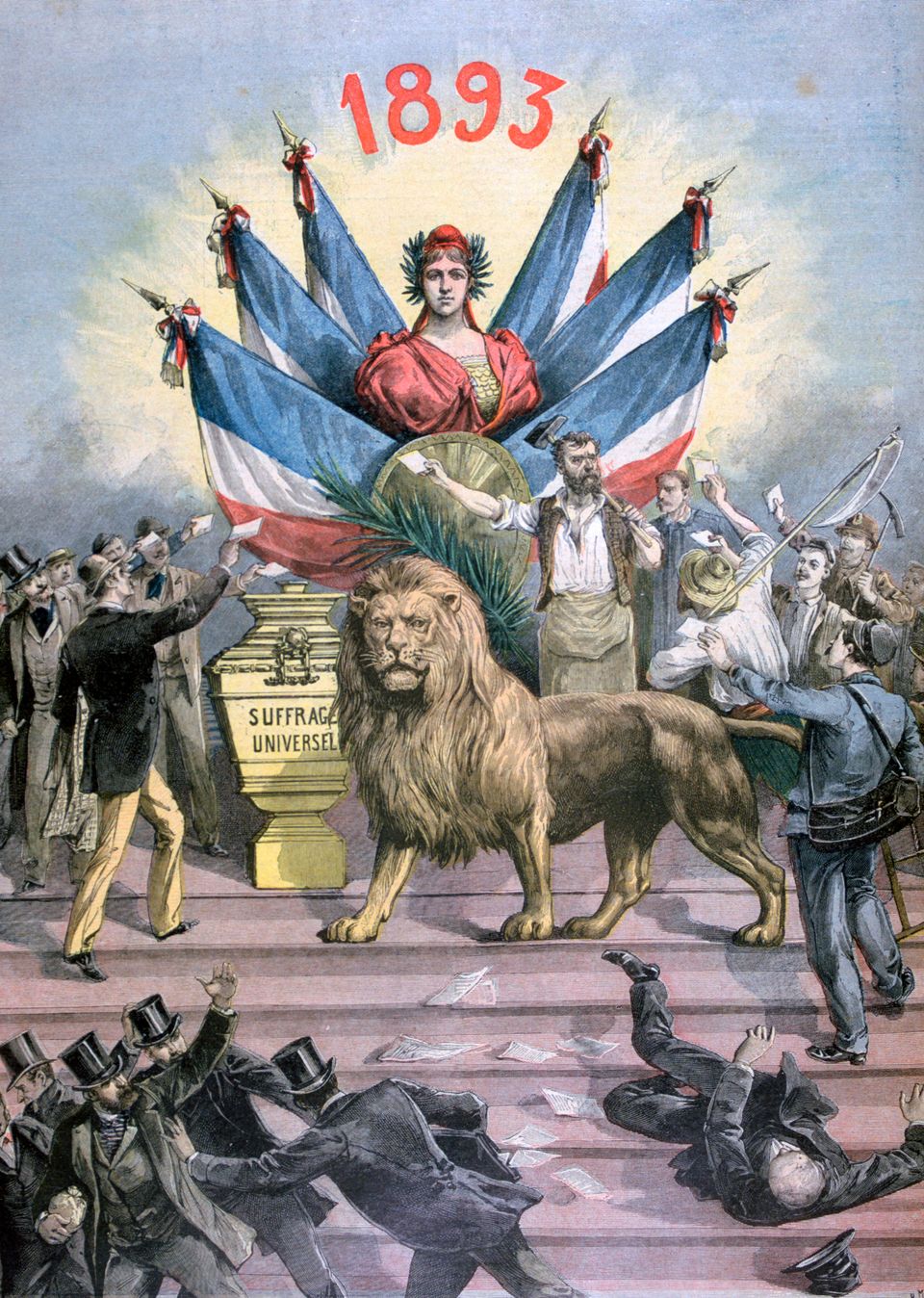 1 / 20
1893: "Universal Suffrage"
Universal suffrage (also known as&nbsp;the general suffrage or common suffrage) consists of the extension of the right to vote to all adults, without distinction as to race, sex, belief, intelligence, or economic or social status.
Art Media/Print Collector/Getty Images