By Laura Lee, for WhereTraveler.com

In the 1950s, Florida was king of the roadside attraction, from the Fountain of Youth to the famous mermaid show at Weeki Wachee Springs. Also born in 1950 was the nation's first Ripley's Believe It or Not!, which opened near the waterfront in St. Augustine, luring visitors off the highways and beaches to take a peek at its collection of oddities.

Born in 1890, Robert Ripley spent his lifetime traveling and collecting bizarre items from all over the world. He shared his stories in a syndicated newspaper column and on popular radio and TV shows. When he died in 1949, New York business man John Arthur bought a majority of his artifacts and set up shop down south in a beautiful old Moorish castle in St. Augustine.

Today, the three-story museum and "odditorium" showcases 300 interactive exhibits, including some of Ripley's original collection, as well as provides sightseeing tours around town. It's one of the top things to do in Orlando. To get started, check out these six pretty unbelievable items you will want to see for yourself: 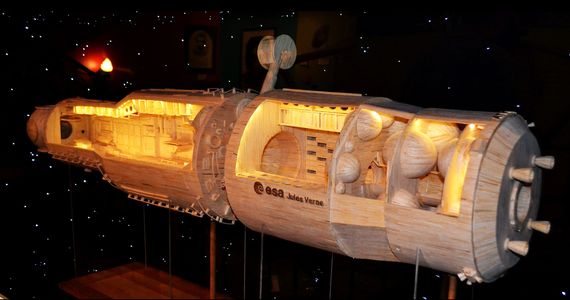 International Space Station made of matchsticks

A Horse Made of Chrome Car Bumpers
This mustang is made entirely from vintage 1950s and '60s chrome car bumpers. The sculpture was created by metallurgist Sean Guerrero to celebrate the Denver Broncos' 1987 Super Bowl appearance. (Nevermind they lost to the New York Giants 39 to 20.) Weighing over a ton, and measuring nearly 20-feet long, this recycled bumper bronco remains one of the largest pieces in the Ripley collection. 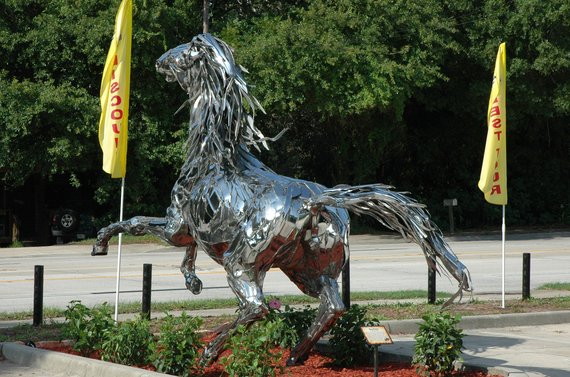 A Motorcycle Made of Bones
Created by Jesse Moore, of Orange City, Fla., this one-of-a-kind motorcycle is made entirely from animal bones. Most of the cycles' parts are from cows that died naturally, but the feature pieces like the alligator fender and the turtle shell headlight, were made from bones of roadkill found on Florida's less-traveled highways. 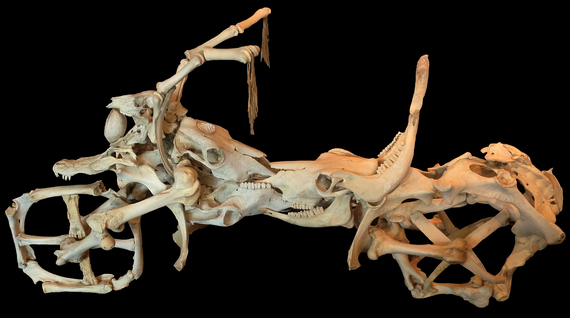 This motorcycle is made from the bones of Florida roadkill.

Capt. Jack Sparrow Made From Recycled Car Parts
The model of Capt. Jack Sparrow was created by Kreatworks, a company based in Bangkok, Thailand. The sculpture, made entirely of recycled car parts, measures over 8-feet high and weighs several hundred pounds.

A Redwood House
Len Moore originally got the idea to build his dream house after he took refuge in a burned-out redwood tree during a storm. From start to finish, it took four months to chisel out the interior. This section of trunk used to build the house contains more than 11,000 board-feet of lumber, enough to build a five-bedroom house. 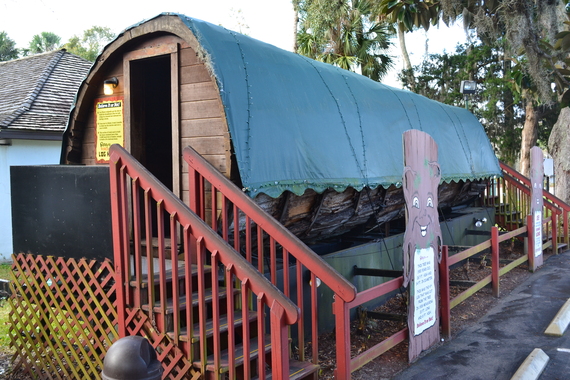 House made of a redwood tree in St. Augustine, Florida

A Goliath Bird-Eating Tarantula
With a leg span of 11 inches, bird-eating tarantulas are the largest spiders in the world. Native to the rainforest, these tarantulas are nocturnal and only rarely feed on adult birds. Rather, their diet normally consists of worms, insects, toads, and occasionally, lizards and snakes.

Read on for more of the weird items to be found at the original Ripley's Believe It or Not! Museum.

Other intriguing Orlando articles for you:

Author Laura Lee is Orlando editor for Where.

All photos courtesy Ripley's Believe It or Not!

Voting Made Easy
Register to vote and apply for an absentee ballot today
Register now
More:
travelOrlando ripley's believe it or not!
Newsletter Sign Up
An essential daily guide to achieving the good life
Subscribe to our lifestyle email.
Successfully Subscribed!
Realness delivered to your inbox