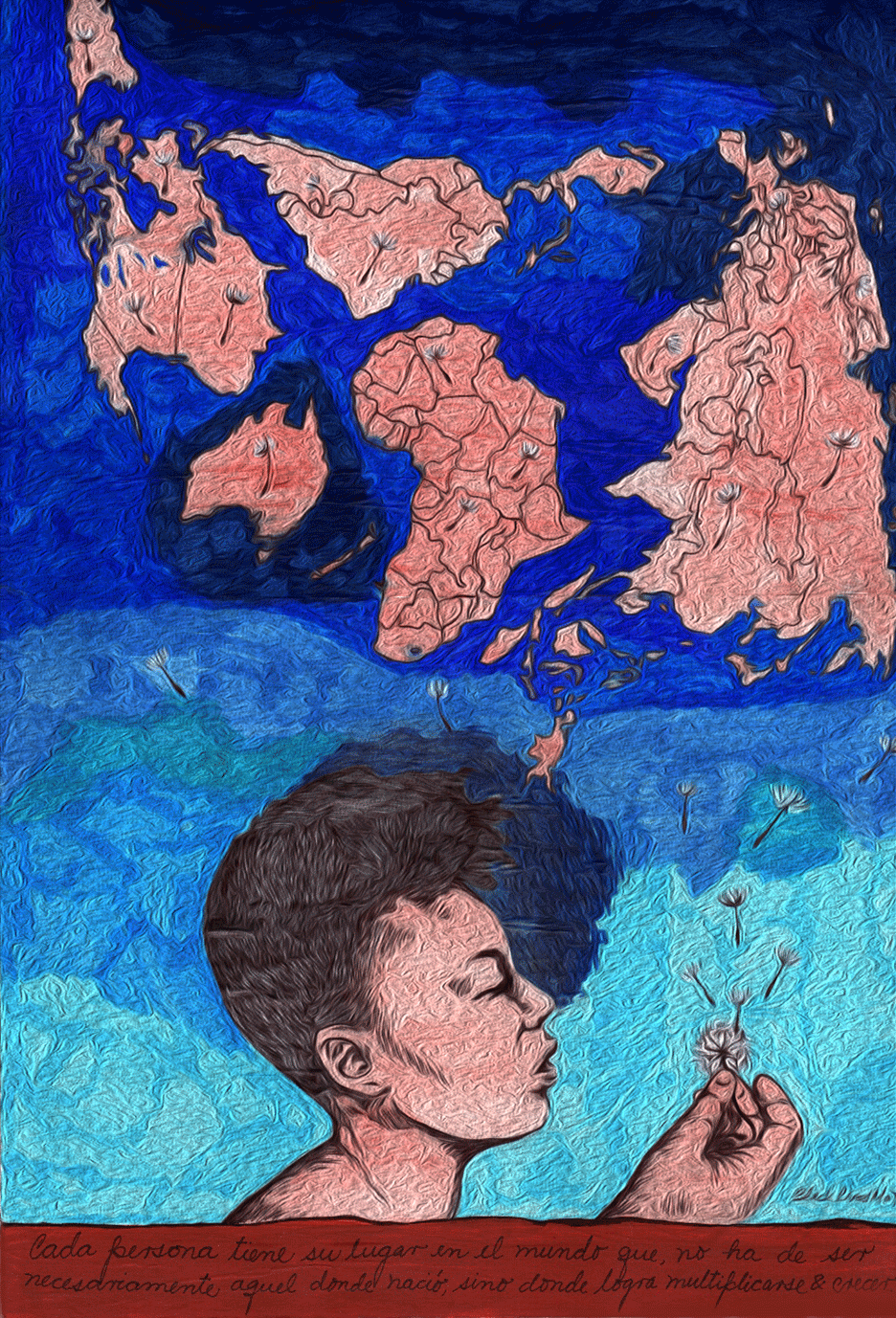 On January 15th, undocumented and black immigrants organized the first ever Undocumented and Black Convening in Miami. BAJI staffer Benjamin Ndugga-Kabuye was able to participate in this gathering and interview a participant whose immigration journey traces major themes in the current movement for black lives. For the purpose of this interview they will be known as A.

What was your immigration journey into the U.S. like and what are some of the barriers you faced?

A. - I was originally born in the Dominican Republic. But we moved to the British Virgin Islands because it was a more hospitable place for movement work. My father, who had left Cuba when he was doing queer liberation work, was still involved with that.

My parents were sort of weird for back home. My parents were queer identified, my mom did sex work, and my parents were in a polyamorous relationship and they were open about all of those things. So with the heavy Christianity and Catholicism they were looked down upon people even burned down our house once. Even though I did not feel safe I still grew up in a home where my parents taught me to never be shamed and never hide any part of who I am.

Coming from a small place we had a certain trust for the police and other authority figures. This was one of the things we had to learn when we came to the U.S. Seeking out the police for safety led to our family being detained and being sent to Miami Dade detention facility.

When we got back my older siblings got into gang life in Miami and for years my mother left the family after getting addicted to drugs. At the time I was going from school to school, living on the street, getting harassed by the police and trying to stay out of the gang life. After all these separations my father committed suicide, broken after all the difficulties we had faced. From that point I moved around with my younger siblings. Eventually moving to the mid-west with a relative before finally reconnecting with my mother in Georgia.

What challenges have you faced in your immigration journey and in the immigrant rights movement?

A. - For me being Black has always meant exclusion, especially being from the Deep South. People always think immigration is a Mexican or Latino problem. They don't think of African people as immigrants. They don't think it's their neighbor. You end up being silenced and erasing part of yourself depending on the group you are in. This has been a lonely experience.

Especially being Caribbean and not being able to speak Spanish. If I go to any function on immigration or supporting the end of deportations I cannot even participate because I can't speak the language and who is speaking Patois? I also have reached out to national groups from Latino and brown organizations and I hear nothing back from them. There is no space.

Also for me it was different. A lot of the isms people talk about in regards to ableism, sexism and homophobia I didn't really see that because my family was so strong and shielded me from those things. So when I came here and I was funky and didn't identify with the gender binary those things hit me in the face. It's been a very lonely path trying to understand oppression

With gender and sexuality within my family it was fine and whatever you did and loved was fine. Then coming here and understanding the idea of being in the closet I had to come back and learn what the closet was! I also had different foster parents whose values were completely different from mine. When I was a teen I was arrested for prostitution. So my gender came into play here when they asked if I was assigned male or female at birth. At the time I was very angry and so I just said I was born a person. I was pissed and this led to me being placed in solitary confinement especially since I wouldn't allow them to strip-search me.

How does your story and experiences contribute to the struggle for black liberation and how can people engage Black immigrants?

A. - I think it helps open the eyes of other black people so you see how complex we are. We always seem to fight injustice when people are being killed as opposed to the people who are around us.

So for me I'm dealing with homophobia, sexism, misogyny and white supremacy and I'm alive. The current movement isn't looking to shift resources right now to people who are alive. The current movement is fighting for people in the past and for the future and with no concern for the present. No one is concerned about shifting resources to me right now. I don't know how people want to just keep surviving this way. My story challenges people to recognize who they are and understand intersectionality within Black people.

We don't need to just fight for Black straight men but we need to fight for women, women who need power, femmes who need power. I think this is the legacy I want to help build, that the Black Lives Movement is a movement that is inclusive to all Black lives.

At the convening we asked for donations for undocumented people who needed housing and other basic needs. So people can support that. Also people should support organizations that fight for Black immigrants like the Black Alliance for Just Immigration (BAJI) and Southerners on New Ground (SONG) who are working with Black immigrants.

- Frantz Fanon, The Wretched of the Earth

The coordinators of UBC can be contacted at Info@undocublack.org. BAJI and the Black Immigration Network will hold Black Love Beyond Borders, another gathering of the entire Black diaspora April 8th in Los Angeles.

Illustration by Nancy Lisandra Cepero Dominico
Text: "Cada persona tiene su lugar en el mundo que, no ha de ser necesariamente aquel donde nació, sino donde logra multiplicarse y crecer."
"Every person has their place in the world. This place is not necessarily where one was born, but rather where one is able to multiply and grow."