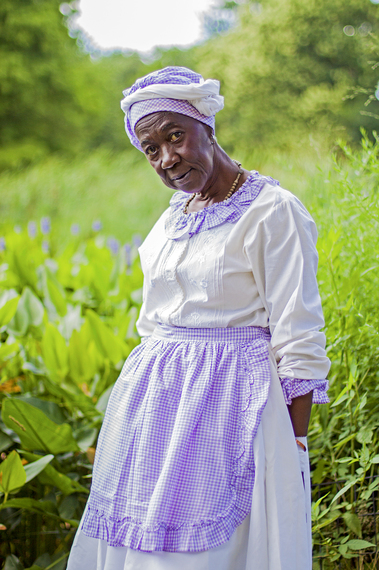 It sometimes seems a requirement, especially in a city as large and diverse as New York, to claim belonging to one of society's sub-groupings, or tribes, as some might call them. As a means of identity, it's important because these groupings help us, individually and collectively, to determine a sense of culture, beliefs or preferences. Often through visual cues, or by inference, these serve to create a kind of order out of Babel's confusion. Several months ago, I made the acquaintance of one of my tribe -- Tau Battice, a photographer whom I'd met through Instagram and whose work I'd come to respect and admire, as we navigated the throngs leaving a performance at SummerStage at Central Park. Another friend was with me, another tribesman, and he recognized Tau from photos on Instagram. There were no indicators that we belonged to the tribe of photographers, but we immediately bonded, the three of us, in a discussion of art, culture and politics -- naturally, the things that bring New Yorkers together. We spoke that afternoon into evening, literally for three hours. As he and my other friend, Ken are West Indian, there were plenty of well illustrated stories shared, and the impromptu meeting has turned into a very cool friendship. We spoke about the projects each of us were then working on, swapping war stories while glancing at iPads and portfolios (the photographer tribe is always ready for a critique.) One of the interesting sets of photographs we discussed was Tau's then nascent portrait collection of women of the Afro-Latin diaspora. We stood there on Fifth Avenue, where many years earlier and many times I'd watched the Puerto Rican Day Parade march past, and I thought about the beauty of being in New York, amongst the diversity and wealth of culture. But the conversation included stories of the pain some of the women he photographed expressed to him about the divisions within the Afro-Latin communities along shades of complexion. As Tau explained, some of the stories were told in tender moments, and exposed to him a pain otherwise unknown, but very real. These women, tribes within tribes, were both struggling for inclusion in their born culture, while being simultaneously assumed to be of another. The whole question of identity and belonging is especially complicated when race divides its way into it. The project we spoke about half a year ago is now being exhibited in the quickly changing Sugar Hill neighborhood of Harlem. The following interview has been edited for length and clarity.

You're an educator and an academic. How did you come to be involved in photography?

In hindsight, I've always loved photographs and photography. When I was little, National Geographic magazine with its vivid imagery was an early instigator. And then there was my father's old Kodak 110, which I played with often, laying around the house. But this go around, my involvement with photography is the direct result of a lively classroom exchange with some students about how their Harlem was gentrifying. I left class that night in April 2008 with the conviction to make sense of it all and share it. And it dropped in my spirit right then to make a photo book documenting Harlemites of every stripe, plus their views of their community. After researching options for a few months, I bought a camera in August 2008 and started photographing and interviewing Harlemites on the street. My Harlem encounters became my version of photography school and lead to this "Afro Latina: Intimacies and Identities" personal project. 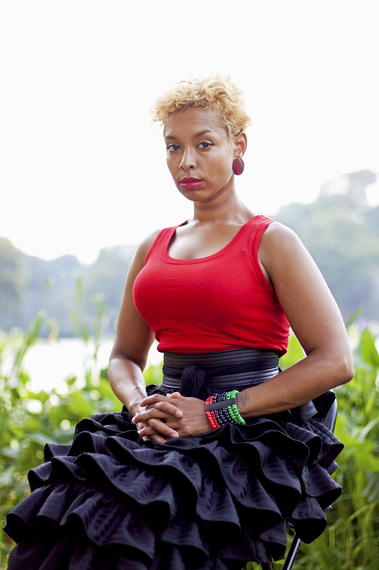 New York City is a fertile ground for a study in Afro-Latina culture. How did you go about choosing your subjects. Did it also include international travel?

The Afro Latina project has grown organically through word of mouth. My intentions expressed to a few people in private, caught other ears, and resulted in most of my connections. And sometimes very literally. One Dominicana, with whom I partnered, eavesdropped on a street conversation I was having with another lady, and she approached afterward wanting to tell her story. My partners, or subjects if you prefer, in this project are chosen either because they have come to terms or are coming to terms with their physical African-ness in a home culture that oftentimes downplays. These women are either free or trying to get free of the limiting and, even dehumanizing, mythologies inherent of racial and ethnic classifications.
Initially, the idea was to travel all of Latin America and the Caribbean making the portraits. But that quickly grew impractical. Everyone from everywhere lives in New York City, so the portraits are made in New York City. 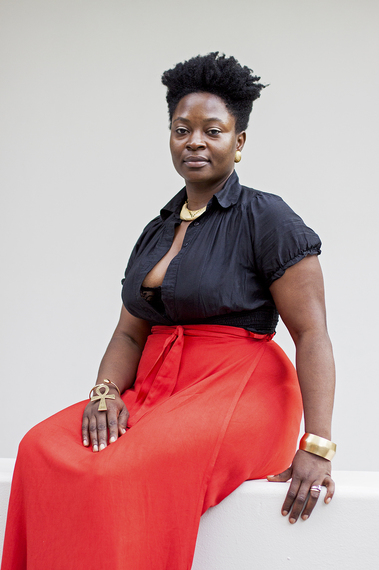 Your portraits reflect a high degree of dignity and regality, much like the painter, Kehinde Wiley, but without the flowers. Walk us through your process in achieving this.

​My guiding light with portraits is always to portray the deity and dignity of that person. I don't like seeing people beat down. I am naturally attracted to quiet confidence. And so my striving is to always bring that majesty out of my subjects. And sometimes it takes time. With the Afro Latina project, for instance, I go to photograph them in their chosen comfortable place. We often have extended conversation and make the photographs as the vibes dictate. We never rush or force. And so the natural, dignified queen that is in every woman emerges. Also, In my own life and in photography, I prefer natural as much as possible, and so I want my images to embody that. 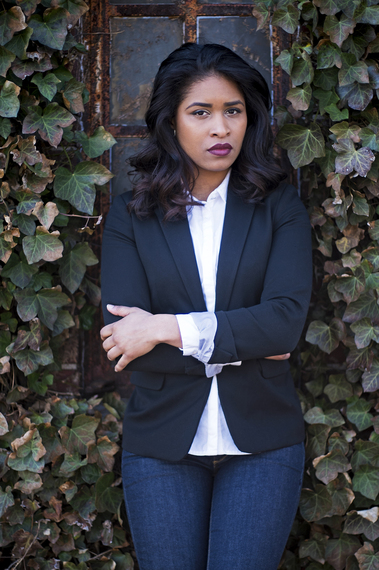 You were raised in St. Kitts-Nevis, yet have lived and raised your family in New York City. How have these events influenced your craft, as well as your academics?

Though I am still a sugar-cane eating Kittitian, New York City has catalysed the vision for my life. I was destined to be here. The city has given me family, education, and through numerous personal interactions, an ever-growing empathy for people and their range of situations. It has brought me in fuller touch with a wide-cross section of humanity. Necessarily, I have to work here at this point in my life's vision. 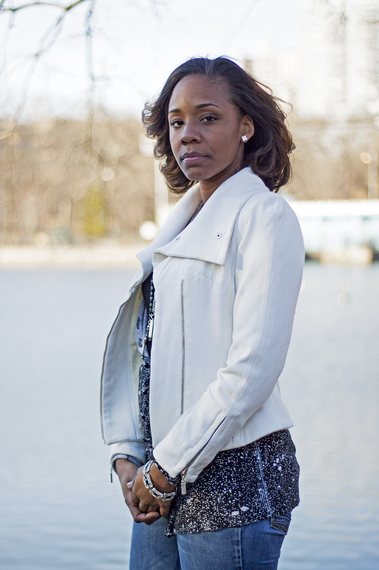 Parts of your work can be seen on the social media platform, Instagram, but not all of it. How does that factor into your process as a photographer and storyteller? Is it a means of study, a separate display outlet, a networking tool? All of the above?

I came to Instagram reluctantly, only after being asked repeatedly on the street if I was on it. My vibe was that I didn't need another digital distraction. I did it initially for fun with most of the images shot straight from my phone. But then I saw the wide reach of Instagram. I mean, this interview is happening because of instagram, and I can't be mad at that. Instagram has also brought me paid commissions. Overall though, my feed reflects my interaction with and vision of humanity. You'll probably never see a snap of my peanut butter sandwich on Insta. Heh heh heh! 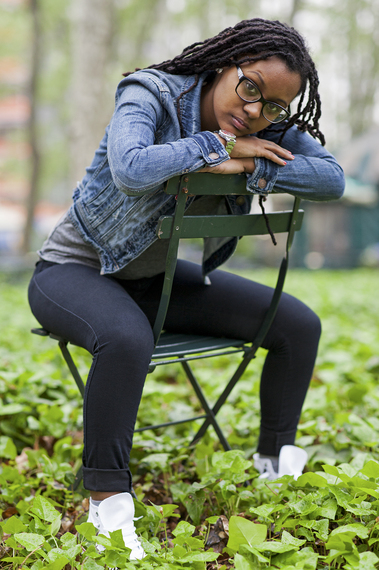 As photographers, we're seeing an abundance of photo essays and biographies, such as the locally based Facebook platform, Humans of New York. What made you approach the topic of the Afro-Latino Diaspora, and what do you mean to show through this exhibition?

With this body of work, I strive to communicate an abiding love, respect, and veneration of women of black African descent. The photographs are important to me, but I have found that they are far more important to the women who decide to share their stories with me and, ultimately, with the world. I want to communicate that these women are just as beautiful and valuable as the ones featured on the cover of the magazine. I also make these images with impressionable little black girls in mind; you know, the ones who are continually being bullied by the media and wider society into thinking that they are not physically beautiful enough. And so ultimately, I want these photographs to be a middle finger in the eye of oppression.
This work is to magnify our shared humanity: an empathetic ethnography if you will. 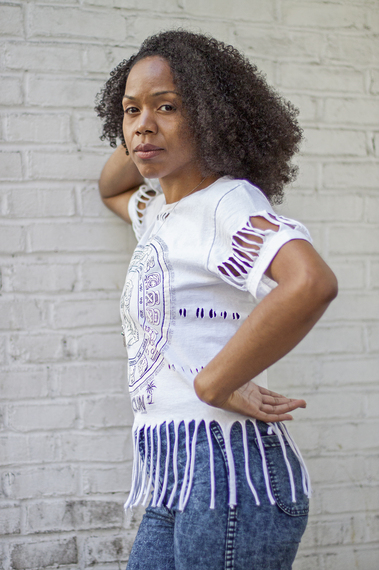 Do you have any other projects on the horizon we can look forward to?

I have a handful of works-in-progress, but I am most concentrated now on bringing my "Harlem: I(nF)lux" book project to hard copy. The next project I hope to exhibit though is a medium-format, black & white series called "Daddying," It explores relationships between black men and their sons.

Tau Battice is an Adjunct Lecturer of English at the City University of New York, pursuing his Ph.D in Cultural Anthropology. "Afro Latina: Intimacies and Identities" is now on display at Rio II Gallery in New York City through May 31st.