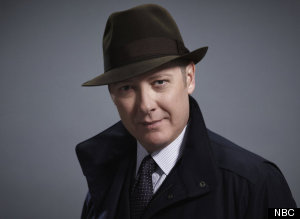 The pilots for "Hostages" and "The Blacklist" are quite competent.

Competence, I guess, is all we can hope for from the tame and bloodless drama pilots that the broadcast networks churned out this fall. With the exception of "Reign," which does its best to ruin the many enjoyments of ridiculous CW superficiality, very few of them were outright horrible.

Mostly, the new fall dramas are just sort of there. Pay cable and basic cable and Netflix are all storming the gates, and broadcast network TV answers with ... an "Ironside" remake? Now that's what I call vision!

There's absolutely nothing bold about any of the drama pilots on the broadcast networks this fall, but a couple of them at least have a bit of energy. "Marvel's Agents of S.H.I.E.L.D.," the show that is slowly turning me into a hardcore punctuation hater, is zippy fun (as I wrote here). It has all of the dextrous wordplay and shiny toys you'd expect from a superhero-esque show from the House of Whedon.

Though I talked to the "Agents of S.H.I.E.L.D." producers, I'm not going to do a full review of the show until we've seen more of it. ABC only allowed the media to see the show once, more than a month ago, and I don't want to try to drag a full review from those fast-dying brain cells. Plus, we've got to see where the show goes after its smart and enjoyable pilot. It'll take some time before we know whether Marvel's new TV experiment is really going to work, and whether both the characters and the more serious questions embedded in the show are going to be developed in credible ways.

"The Blacklist" stars James Spader as former intelligence agent Raymond "Red" Reddington, whose arrival at FBI headquarters is more flamboyant than a walk-off on "RuPaul's Drag Race." Red's got secrets to share, for a price, and to say more would be to destroy "The Blacklist's" twists and turns, which are part of its modest draws.

Also among the elements that work: Harry Lennix is his usual excellent self as the FBI liaison forced to deal with Reddington, and the show hums with a brisk, no-nonsense energy. And of course, there's Spader, who digs into this part with all the relish of Hannibal Lecter tucking into some organic escarole-and-human parts pie.

"Frankly, I think this all went down rather swimmingly," Reddington says at one point, and the way Spader spits out that line -- equal parts enjoyment and contempt -- was a delight, whatever issues I had with the more overheated elements of the plot. One of those questionable elements involves Elizabeth Keen (Megan Boone), who plays Clarice Starling to Spader's fedora-wearing Hannibal. There's an aspect of their relationship that the show should address sooner rather than later, but I'll cross my fingers that "The Blacklist" has some effective tricks up its sleeve regarding Ms. Keen.

"The Blacklist" is never going to be anyone's idea of great art, but at least it has a pulpy kind of momentum that may well be worth watching for a while; I will stick around to see whether Spader's performance really is the only dish on the menu. And at least it has a moderately credible plot engine; presumably Reddington will offer up a new bad guy to the feds every week. That could get old, but not if Red's backstory and psychology are developed in imaginative ways.

"Hostages," on the other hand, does represent something of a risk for CBS, in that it is not a procedural designed to offer up a series of standalone (or standalone-ish) episodes. "Hostages" will tell one story about a nefarious plot to take down the president, and its first season will consist of 15 episodes, as opposed to the 24 outings it used to take Jack Bauer to school fools.

"Hostages" unfolds with the crisp efficiency of a humorless event planner checking tasks off a list. Dylan McDermott stars as FBI agent Duncan Carlisle (which, I think we all can agree, is a character name that should have appeared in a "Highlander" film). Without getting into specifics, he comes into contact with Dr. Ellen Sanders, a surgeon whose family becomes embroiled in the high-stakes presidential plot.

McDermott will always be an acquired taste for me, but his whisper-yell is reasonably reined in here, and Toni Collette is typically excellent as a capable woman out of her depth. As for the rest of the characters, they're a standard-issue broadcast network family so far. And that's where "Hostages" will stand or fall: If we don't care about the people in the title group, there's not much inducement to continue watching beyond week 2 or 3.

In a weird way, the very efficiency of "Hostages" is what gives me pause.

With one wretched exception (Junior, obviously), the pilot for "Under the Dome," another serialized, high-concept drama from CBS, did a reasonably good job of setting up the world of Chester's Mill. That first hour sketched out life in the small town with admirable swiftness, and the falling of the Dome was suitably dramatic. Watching the opening installment was like walking into a house and seeing that the foyer, living room and dining room were solidly constructed: So far, so good. "Under the Dome's" pilot did not make the blood race or the pulse quicken, but it promised that a relatively decent popcorn adventure-thriller was about to get underway.

As it happened, "Under the Dome" turned into a giant mess; to stick with the house metaphor, there was mold in the basement and the plumbing didn't work. The sad thing is, it was not a mess I could enjoy for its inspired goofiness or zesty pace, because it had neither. Worst of all, the characters were so paper-thin and stupid that I just wanted the Dome to fall into the sea or be swallowed up by a Hellmouth or something. I gave up before the Season 1 finale, and when I read a synopsis of what happened, it sounded as if it had been written by a deranged "X-Files" fan on a bad acid trip.

There's a kind of batshit crazy that can be fun to watch (see also, the pilot for "Sleepy Hollow"). The "Under the Dome" season finale was not that kind of enjoyable nuttiness, from the sounds of it. But that show's a big hit, and maybe "Hostages" will be, too. Again, they're not bad shows -- they are all right, as far as they go -- but we can only hope that some spark of crazy or inspiration infects both "Hostages" and "The Blacklist" in the near future.

I say this with love, and only partly in jest: Save us from the tyranny of competence.