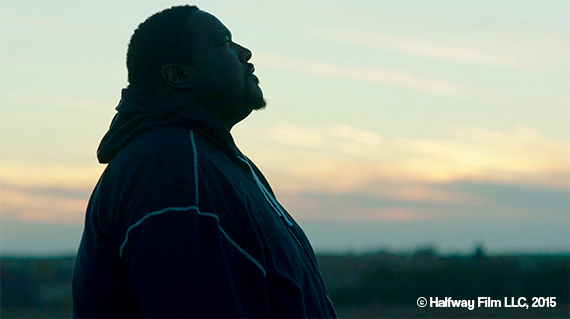 A recently-released convict finds himself caught between two worlds in the upcoming feature film Halfway, starring Quinton Aaron (The Blind Side). Aaron plays Byron, a man whose urban criminal past haunts his new life as the only black man in a predominantly white, conservative Wisconsin farming town.

The film chronicles Byron's struggles as he adapts to his new life on probation, while trying to elude the very real threat of falling back into his old life of crime.

I recently chatted with Halfway producer Jonny Paterson about the movie, the important social issues it seeks to address, and his work on the film.

Q: What are the themes in Halfway?

A: Halfway is a commentary on the fractured incarceration system in America and the serious socio-economic implications that result from recidivism (the re-incarceration of released felons for a similar crime within a short period of time). The American prison system has been at a breaking point for years, with a 700 percent growth in inmate population since 1973 that now stands at 2.4 million -- higher than any other democratic nation in the world. Coupled with the discouraging statistic that nearly 66 percent of released prisoners will find themselves back in prison within three years, and approximately 75 percent within five years, it's clear that more should be done to ensure that released prisoners are given the opportunity for an actual second chance.

Halfway is a right-of-passage story seen through the eyes of our protagonist and further themes that run through the story include strong family values and the belief that everyone deserves a second chance. Byron's story asks the audience to consider the serious systematic failure within the American prison system, where a lack of opportunity for those who have transgressed in their past seems to guarantee a future behind bars. Aaron's character faces harsh realities about decisions that need to be made when someone is given a second chance, in a new and unfamiliar surrounding.

The fish-out-of-water story at the core of the film has to do with race. It is very timely that with the events taking place in Baltimore and Ferguson (among others) that the United States still has a problem with race relations in many parts of the country, and whilst we cannot try and tackle everything in this film, we certainly wish to pose some poignant social questions. Should our past actions allow for prejudice against us? Can we expect to be absolved of all blame simply because we have served our punishment? 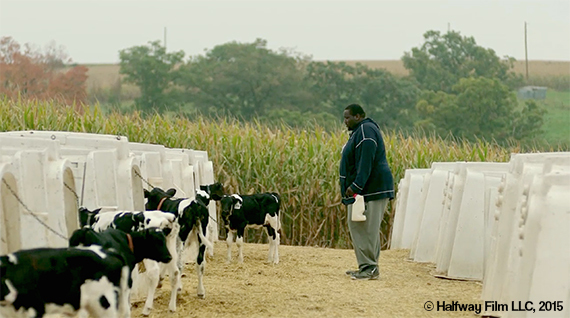 Q: How did Halfway first come to your attention? What was it about the movie that grabbed you, made you want to be a part of it?

A: My first job in Hollywood was working with Paula Wagner, Tom Cruise's producer. It was an incredible experience and I learned to track talent on the rise from her. I met Ben Caird at a networking event, liked his work, and he pitched me a film inspired by where he grew up that had to deal with race in America.

Ben has a tone and style to his writing that I'd seen him translate onto the screen with a series of successful short films that he wrote and directed. As I was reading the script for Halfway I could see his vision in my head.

Having worked closely with Quinton Aaron on the film 1982 in 2013 I knew I could introduce the project to him. I told Ben, "If I can get Quinton to do the film, then I think we can get it made." Quinton responded really positively to the material and came on board after our first meeting. From there on I knew we could do it!

Q: Of all the scripts you read every week, what made this one stand out?

A: Halfway stood out to me for a few reasons, but I'll focus on one practical reason and one creative reason. From a practical perspective, the story was contained and did not need a massive budget. As a first-time producer, I felt I could raise the money necessary to make the movie. From a creative perspective, I loved Ben's vision and believed in the team. There is a European sensibility to this American story thanks to an international team; the director, cinematographer Ben Thomas, editor Karel van Bellingen, and I all come from across the pond.

Q: Once you decided you wanted to make this movie, what was the next step?

A: I remember it was on April 1, 2014, when Ben and I looked at each other and said, no matter what we need to do or how much money I can raise, we're making this movie in October. We shook on it. Within six months everything fell into place and we started filming on Wednesday, October 1, exactly six months later, to the day!

But, in a very practical sense from that moment in April onwards it became a full time job for me, working 12 hours a day to move things forward one step at a time. 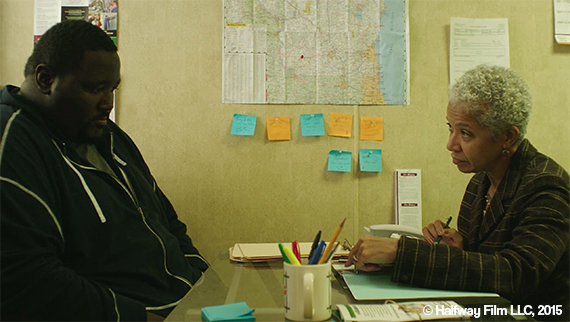 Q: What made you decide to take on such an important topic?

A: It is important to me that I make a wide range of movies in my career that reflect not just my personal, creative tastes as a film lover but also satisfy my social beliefs as well. I studied history at undergraduate level in college in the UK and have always been fascinated in the evolution of societies and the powers that govern them. Since I moved to America in 2010, racial tensions have been at a boiling point. Halfway isn't directly commenting on issues of police violence and racially charged tensions in big cities like Baltimore, but it is telling the story of someone who has been afforded a second chance after paying his debt to society through his incarceration. That's powerful to me. The fact that ever since I moved to this country, this has been the most contentious socio-economic issue, made it prominent in my own mind, and as such, when this project presented itself to me it seemed like an opportunity to tell a story that is borne out of this world, but hopefully sheds a positive light on how we can move forward as a society if we give people a true second chance.

Q: Are you hoping the movie generates a larger discussion? In your ideal world, what impact would Halfway have on the conversations we are having in our country and around the world about race and the prison system?

A: Yes, I am certainly hoping that the film provides a platform for further discussion on the issues of racially charged tensions in America and the broken prison system's involvement in inciting that. To that point, I, along with the executive producers, have plans to form the Halfway Foundation, which will seek to raise awareness for and create more public initiatives towards reducing recidivism rates.

I'd also love for our movie to be shown in prisons around the country, to young men and women who will soon be sent back out in to the world. I'd love them to identify with our protagonist and think, "One opportunity, no matter how obscure it may seem, is all that I need to get myself straight and make a good life for myself away from all the temptations and troubles of my former life" -- I'd feel fantastic about that! 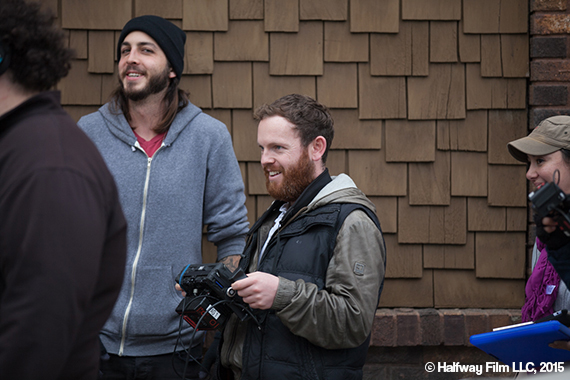 Jonny enjoying himself on the set. © Halfway Film LLC, 2015

Q: What do you think are some of the barriers in the way of our having and making progress in these important discussions -- whether in our own small social groups or as a nation or world?

A: On a macro level, the prison system in America has become so expensive and the prisons are so overpopulated by people who are incarcerated for misdemeanor offenses that America has found itself in a challenging position to remedy the current state of affairs. To focus on one example, I met with the prison warden of the Prairie du Chien Correctional Institute in Wisconsin, and he told me a lot about the good work that their prison does to rehabilitate their prisoners, by offering them the chance to take classes and learn a trade, preparing them for life back on the outside. Unfortunately I don't think enough prisons around the country are doing that well enough. And on top of that, the bigger problem is that when young men and women are released back in to society, they're just sort of thrown back out there and expected to fend for themselves. There is an undeniable lack of opportunity for these people, and when they have to tick a felony box on every job application they make, it's understandable that the general attitude is quite defeatist.

Q: Who else stars in the movie?

A: We're incredibly fortunate to have a wonderful supporting cast of actors that includes the amazing Jeffrey DeMunn (Shawshank Redemption, The Green Mile, The Walking Dead), Gillian Zinser (90210), Amy Pietz (The Office), and TJ Power (Eat Pray Love, The Sapphires).

Coming next week: More Q&A with Jonny about his career path and the producer life.