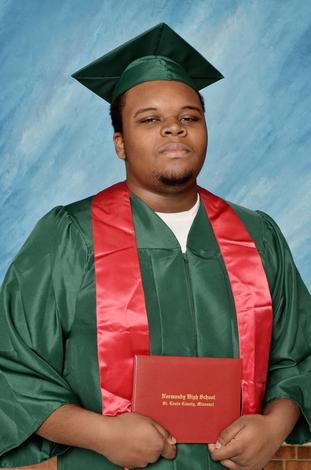 It is likely that poet Kenneth Goldsmith and most of the audience last Friday night at Brown University have never attended an autopsy. For them, Goldsmith's reading of his poem, "The Body of Michael Brown," a creative editing of Brown's autopsy report, was not tied to the physical experience of cutting into a human body, but rather to the political associations that surround this particular body. Indeed most of the discussion and heated reactions that have followed are not critiques of the poem as such, but relate to whether Goldsmith, as a white man, has the right to appropriate such a text.

As a physician, I have a special relationship to the material Goldsmith read, a relationship that points to what is fundamentally wrong with his poem. My most acute memory of attending autopsies is the quiet awe, which arises from being in the presence of something at once quotidian and momentous. This something is not conceptual; whatever it is, it invokes a visceral sensation of an absent presence or a present absence: the being that this body contained. The gallows humor that inevitably punctures the stillness of the autopsy room arises from our inability to parse, describe, or translate this experience. The banal clinical language of the autopsy report is symptomatic of this. It succeeds in evoking the immensity of the absent being only in so far as it utterly fails to do so.

In a statement put out on Facebook in response to the controversy, Goldsmith writes: "I altered the text for poetic effect; I translated into plain English many obscure medical terms that would have stopped the flow of the text; I narrativized it in ways that made the text less didactic and more literary." The irony of this is that Goldsmith practices what he calls "uncreative writing," specifically he writes conceptual poetry, a type of poetry in which the poet does not compose an original text, but rather reframes a pre-existing one. In his book, Uncreative Writing, he notes that, literary critic Marjorie Perloff has suggested that, "because of changes brought on by technology and the Internet, our notion of genius -- a romantic isolated figure -- is outdated. An updated notion of genius would have to center around one's mastery of information and its dissemination...She (Perloff) posits that today's writer resembles more a programmer than a tortured genius, brilliantly conceptualizing, constructing, executing, and maintaining a writing machine."

The machine basis for conceptual poetry lends itself to the seductive illusion that, because they are associated with lifeless computers, these processes are somehow ahistorical and apolitical. The Internet, too, by providing access to millions of documents, anytime, anywhere, perpetuates this fallacy, that these have no material specificity. In truth, information originates and circulates within specific material, political and social circumstances. To forget this is to be lulled into thinking that the fluidity and flattening of information on the Web somehow erases the white male privilege of "real life." Goldsmith's Facebook statement that he "took a publicly available document from an American tragedy that was witnessed first-hand (in this case by the doctor performing the autopsy) and simply read it" reveals that either he has succumbed to this illusion or he is not telling the truth. Perhaps the best rebuttal to the poet's pronouncement is his own decision to end the poem with the description of Michael Brown's penis, a castrating gesture, which serves to show that "The Body of Michael Brown" is white male auteurship dressed in the drag of "uncreativity."

Goldsmith's writing and performance of "The Body of Michael Brown" is problematic, not because he does not have the "right" to use the text, but because his use of it is fundamentally false. Not only does he hubristically presuppose that texts, like dead bodies, are neutral objects that can be cut and sutured without doing harm, but, as one young black woman suggested in our discussions the next day, he assumes that he can take the language of the autopsy report into his own body. That is to say, he can somehow speak it truthfully, not as an error-filled translation, but as a new language: Goldsmithese.

Performing under the hyper-circulated image of Michael Brown in his graduation photo, for thirty minutes Goldsmith delivered a relentless sing-song that effaced personal affect and offered no interruptions save for when he paused to drink from a glass of water. However, despite his masterful command of the stage and the audience, he was unable to seamlessly appropriate the medical vernacular. This is not surprising. The language of medicine is difficult. It arose to exclude those bodies not privileged to learn it. Fumbling over and at times even mispronouncing words, Goldsmith's failure was not these blunders, which in actuality revealed the truth in a way that his poem did not, but in his having no humility, no sense that there was anything or anyone else in the auditorium (the absent presence, present absence in the autopsy report) besides the relentless "truth" of his poem. Had Goldsmith recognized his own limitations and the impossibility of his attempted appropriation, he might have let silence, misspeaking, and heteroglossia play a more active role in his performance. Instead, not only were we instructed not to interrupt him even though the conference he spoke at was called Interrupt 3, he elected not to make any prefatory remarks or respond to any comments afterward.

Mr. Brown is a symbol, no doubt, and no doubt he is being used for multiple purposes, but in the end, he is/was something more, something that the autopsy report points to in not pointing. Here was a singular being, a being that can no longer speak except through the words used by others to inscribe it. Goldsmith could have let the singular being that was Michael Brown, be heard, but, in the end, he did not have the compassion, the empathy, or the humility to do it. And because of this, he failed his art, he failed his audience and, he failed Michael Brown.

See the internet's response to the controversy here.