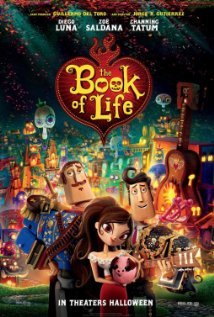 Just in time for Halloween comes this new animated feature by producer Guillermo del Toro and director Jorge Gutierrez. In a unique visual style, The Book of Life reveals the journey of Manolo, a young man who is torn between fulfilling the expectations of his family and following his heart. Before choosing which path to follow, he embarks on an incredible adventure that spans three fantastical worlds where he must face his greatest fears. KIDS FIRST! Film Critic Katherine S. comments, "This film has a terrific message: To never stop fighting for what you believe in, to follow your own dreams and be true to your heart." Morgan B. added, "This animated feature is set in South America. It is colorful and festive and I enjoyed learning about all the different cultural beliefs of South America." See their full reviews below.

The Book of Life
By Katherine S.

I love this movie. It's a terrific, animated family film full of adventure. It's a visual spectacular with fantastic sets, costumes and intriguing characters. And, it has a great positive message.

The movie begins with a museum tour-guide telling her field trip students about The Book of Life. Her voice is played by Christina Applegate who serves as narrator throughout, which is especially helpful with all the flashback and flash-forward scenes. In the book, it starts with a flashback to three children. Maria, Manolo and Joaquin are childhood best friends, living in San Angel, the 'center of the world' in Mexico, in the Land of the Living (aka Earth). As they grow up, we see the two grown men compete for Maria's affection. The story revolves around the celebration of the Day of the Dead, when Mexicans celebrate their loved ones who have passed away. As legend has it, as long as they are beloved, they live in the Land of the Remembered. For those not remembered well, they live in the Land of the Forgotten. The two rulers of these two lands, Meurta and Xibalba make a wager on which boy will marry Maria. The winner gets to rule the Land of the Remembered.

Great adventure and drama ensues as Manolo and Joaquin, voiced by Diego Luna and Tatum Channing, compete to win Maria's heart, and fend off the pressures from their families' expectations, while saving their home town. Joaquin's father was a war hero and Manolo comes from a long line of Bull Fighters, though he prefers to sing and play guitar.

My favorite part is when Manolo visits the Land of the Remembered and is reunited with his mother, grandfather and great grandfather, both matador heroes, who were killed. He learns of their common musical interests too, and what mother really wanted him to be.

This film has a terrific message: To never stop fighting for what you believe in, to follow your own dreams and be true to your heart.

The music throughout the movie is awesome and helps tell Manolo's story, especially with the songs "I Will Wait" and "The Apology Song."

The three sets are very distinctive and perfect for each of the three realms: San Angel is a beautiful town in the present day. The Land of Remembered is a colorful, vibrant, happy place and the Land of the Forgotten is dull, grey and has spiky architecture.

I really enjoyed the animation. The characters are wood-like with joints like Pinocchio. The boys have broad shoulders and super skinny legs. Maria and the other girls have skinny waists, full Mexican skirts and dramatic hair and eyes. While I love it in 3D, the animation is so good it will be great in 2D also.

This is an all-around great family film. I recommend it for families with kids ages 7 to 18. There are some intense bull fighting scenes, slightly scary music and fights in the Land of the Forgotten. I give this film a 4.5 out of 5 star rating. Be sure to check out The Book of Life which is in theaters now.

The Book of Life
By Morgan B., KIDS FIRST! Film Critic, age 9

On October 17th, Twentieth Century Fox brings a new Halloween movie to the big screen. This is sure to become a must-see for everyone at Halloween time!

This animated feature is set in South America. It is colorful and festive and I enjoyed learning about all the different cultural beliefs of Latin America. On the day that we celebrate Halloween, they celebrate Mexican Day of the Dead. This movie is funny, cute and the story keeps your attention from beginning to the end.

Many of the movies we see today seem like the same story or theme told in different ways. This movie is truly an original. There are many hints of movies you have seen before but overall, it is truly a different movie. The animators' attention to detail is mind boggling.

The characters are made of wood but, after the first five minutes you see them as real people. The intercut details are astonishing. The unique personalities and different characters will keep you entertained. Animals, people, spirits -- this movie has it all.

Maria is my favorite because she is a little girl with cute pig tails. She is fun, bubbly, tough and adventurous. Her independence gets her in trouble but at the same time it is her greatest asset. We watch her grow from a child to a young lady. She keeps the same spirit and kind heart. She must choose who to marry between her two best friends. Zoe Saldana voices the character and really brings her to life.

The candlestick maker, voiced by Ice Cube, is laugh-out-loud funny. Even though he is not in the movie for very much time, you will leave with a smile on your face just thinking about him.

Gabriel Iglesias, Cheech Marin, Hector Elizondo are three amigos who try to help one of our heroes win Maria's hand in marriage. The singing group is hilarious. The song choices are great and made me giggle.

There are many messages in this film. The two heroes follow in their father footsteps. We see how it is important to remember your ancestors but also know that you are your own person and should follow your own path. Although it has been a long-standing tradition, bull fighting is beginning to be thought of as wrong. The bulls should be allowed to live. We see how it takes a whole village of people to protect and look out for each other and how everyone needs to be on the same team helping everyone else.

I recommend this movie ages 7 to 18. It is about Halloween and the Mexican Day of the Dead. Although it is entertaining it is still about death and there is violence. I give this movie 5 out of 5 twinkling stars. It is playing in theaters now, so check it out! 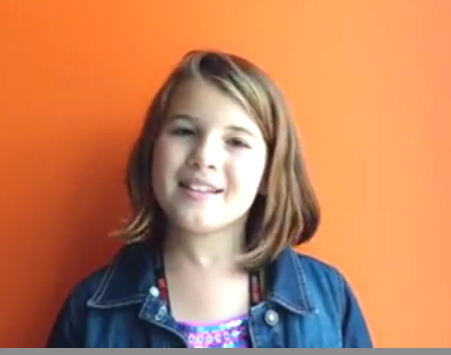 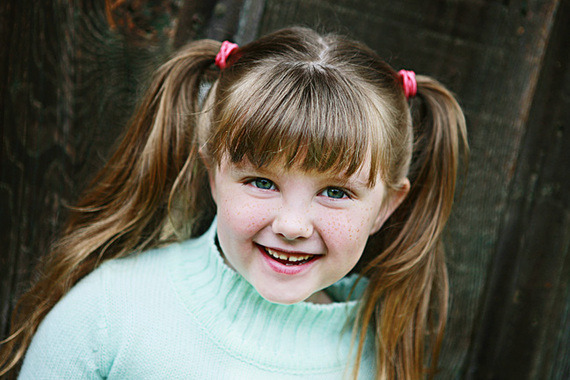