We love David for his uncanny ability to turn the mundane into the hysterical. We love Amy for her bizarre, cringe-inducing sense of humor. Combining the Sedaris siblings' creative genius yields nothing short of a spectacle.

Lucky for us, one such spectacle has come to San Francisco. "The Book of Liz," penned by the Sedaris pair and currently showing at the Gough Street Playhouse, has been so popular that organizers have had to extend its run twice. The play chronicles the plight of Sister Elizabeth Dunderstock, known through town for her legendary and delicious cheeseballs. A member of the Squeamish religious order, Dunderstick runs away from her home within the isolated community of Cluster Haven to try her luck in the real world. Her adventures lead her to an array of distinctly Sedaris-esque characters, from a Ukrainian immigrant dressed as a giant peanut to the alcoholic staff of a local diner, as she struggles to figure out where she belongs.

Presented by the Custom Made Theatre Company, the production boasts a cast of Bay Area big-leaguers, including Marie O'Donnell and Stephen Pawley. Though the Sedari themselves don't make an appearance, their influence is palpable throughout every detail.

Added bonus: The Gough Street Playhouse, carved into a corner of the Trinity Episcopal Church, makes for a delightful venue to catch a show. And the wine pours are generous.

Click here for tickets to "The Book of Liz," running through September 4.

Take a look at scenes from the play below: 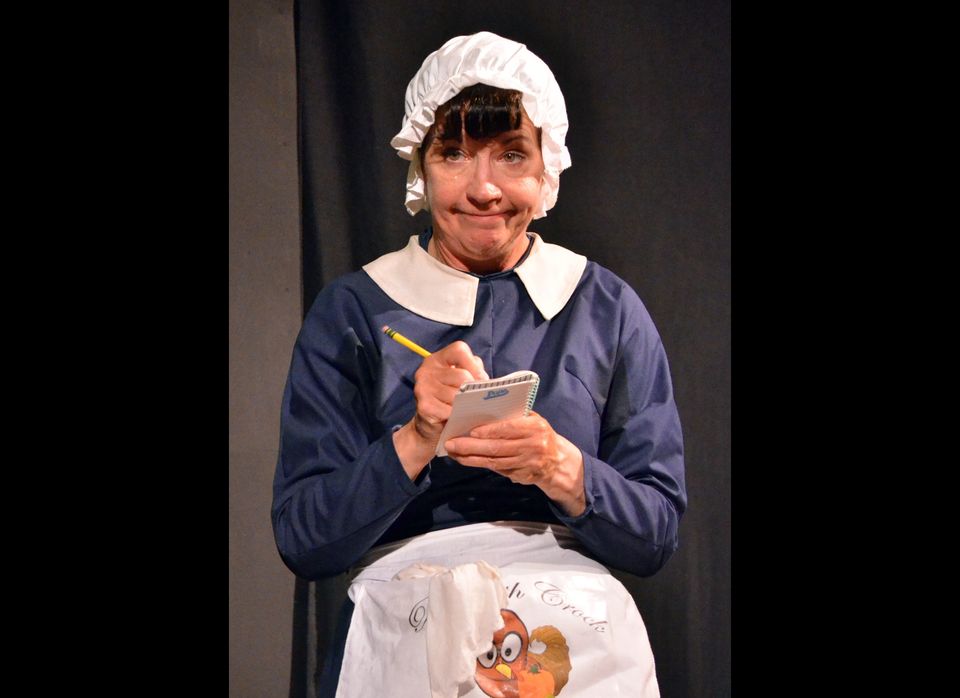