A recent work trip found me networking with two women I hadn't met before. It didn't take long before I noticed a pattern pop up.

Let's see if you catch it.

See what happened there?

As Woman #1 and I quickly found out, there was no topic of conversation that Woman #2 could not only relate to, but had a whole, long story to back it up.

We'd gotten hit by what I call the boomerang effect.

The boomerang effect can sometimes come out of nowhere... 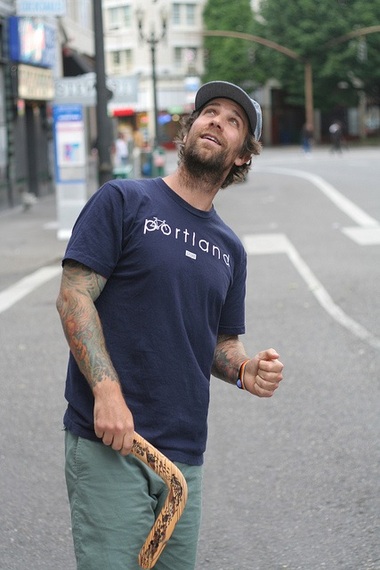 ...and it happens all the time:

What happened? That dialogue you were going for became a monologue, and the conversation took a sweeping, boomerang turn away from you, landing squarely back with the other person.

Some people have an uncanny ability to do this with absolutely any topic. It isn't intentional, but it's frustrating. It can weaken bonds. And...dare I say it...it can get pretty boring to listen to over time.

Interestingly, it's often the boomeranger's intent to actually strengthen the bond between you...to validate you, to find a commonality between the two of you. It just doesn't work when the conversation stops being about you even a little bit.

Now, this leads to two questions...

Question #1: What do I do if I find myself with a boomeranger?

If it's someone you're super close to and/or someone you know would want to know, you can delicately share the pattern you've noticed with them. It's an embarrassing thing, to be told you boomerang, so do it with compassion and know the intent is (hopefully) a good one.

If it's someone who wouldn't take it well or who you don't know well or who...say...is your boss, go into acceptance. Change the expectation that the boomerang effect won't happen, because boomerangers tend to be pretty consistent with their craft. If you're not getting what you need from this person, consider talking with others about topics where you crave a more even dialogue.

Question #2: How can I avoid being a boomeranger myself, for heaven's sake?

The most important thing is to know that there's a difference between using your own story to validate and relate to others, and using that story to make the whole conversation about you.

We validate when we hear someone's story, question or dilemma, and we have a brief anecdote that reflects empathy and/or a potential solution. We then take that anecdote and relate it back to the person's situation so that they might use it.

We boomerang when we hear someone's story, question or dilemma, and we tell a detailed, often emotional anecdote about our own situation, never returning to the original discussion (or taking a looooong time before doing so).

Sure, some conversations will ebb and flow. Different people will get their chance to talk and some might do so for longer periods of time.

A boomerang is a constant swing away from you and toward the other person. A boomerang feels alienating. A boomerang can hurt relationships.

So do your best to avoid being a boomeranger.

And, if you get boomeranged, know that the person's heart is probably in the right place. Then find someone else who'll have a dialogue everyone can be a part of. 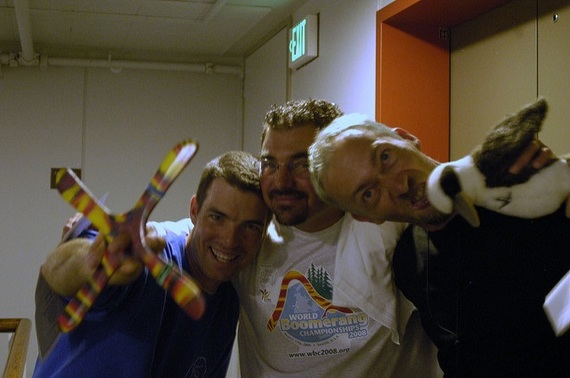 PS: Thanks to Paul Fenwick for the pic of the confused boomerang dude, and to Roselle Kingsbury for the boomerang lovin' friends above!