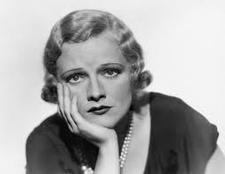 C-rack! the falling acorns strike the rooftop like bullets, one every minute or so. When it's windy, semi-automatic nut-fire makes my HSD (Highly Sensitive Dog) duck under the nearest chair.

The oak's offerings inform me to make like a squirrel and get busy.

It's a call to arms: Write harder, truer, bigger.

Autumn makes me want to do things, like ride a city train, filthy with grime and smelling faintly of urine--good associations from family New York jaunts as a kid in Connecticut. The swaying, the rhythm of wheels bumping on tracks--there's nothing finer to shout at the muse: I'm available! I spent a good portion of a study-abroad semester standing on London's Tube, commuting to school during rush hour, surfing on well-practiced train-legs. Most of the passengers looked tired, ready to be anywhere else, gray, but I people-watched and made up stories and tried to pass as stoic.

You know what they say about when you're tired of London...

But. Today, there's no train in my life--I sit in my crossover SUV, which rides smooth and is hermetically sealed to block out road noise. Consolation prize: As I drive, I can belt out some Broadway, with no one to hear. I'll bet you're crooning, too. I see you at that stoplight, about to rupture a lung. Your windows aren't that tinted.

And yet, unless we're in our cars, where we pretend we're invisible, we wear the London Tube mask that tells the world: I'm sophisticated, unflappable, over it. Most of all: I am not a tourist.

Pet theory: We become what we portray. And boring is as boring does.

So, especially in the suburbs--where, Lord have mercy, people are watching; and we're busy jonesing for whatever the Joneses have; and the stakes are our reputation, our good standing with the PTA, and our collection of Facebook friends--we sentence ourselves to a chronic condition that won't kill us but will darn near try. Let's call this epidemic ennui-enza.

Ennui: a lack of spirit, enthusiasm, or interest.

In other words, ho-hum.

Admittedly, ho-hum's a First World problem, along with affluenza and the struggle to self-actualize within our careers and eat organic. But that doesn't mean ennui-enza's phony. And make no mistake, it can be nasty.

It's insidious, the way it infects when we're over-stressed and over-scheduled. We try to pull back, but we hardly know how. Besides, our toddler needs to be on the travel team. Soccer's her calling, don't you know?

Our days are too much--but not enough.

Ennui-enza can lead to dysthymia (this one's on the books), which presents as subtle depression. Dysthymia's tricky because it moves in and stays, fooling you into thinking it's not it, it's you. It feels like a character flaw. (Until the 70s, dysthymia was referred to as having a "depressive personality.") The prognosis? A purgatory of numbness. Rarely do folks seek help for numbness.

Which is a pity, because numb is no way to live.

Psychiatric disorders aside--for me and you and the hope that we'll connect, here's the rub: When I'm ennui-afflicted, I'm not the me-est of mes. If I've got a bad case, I don't even know who me is, much less who you are. And how can I empathize with you--and come alongside you--if I don't get me?

Most days, all I know is I have an overflowing inbox and a long Costco list and more than is homo sapiens-ly possible to get done by bedtime. There isn't enough coffee in the carafe to get through. And tomorrow's the same.

Last week, I was running (I'm usually running, aren't you?) into Old Navy, and, outside the store, I passed a pile of maple leaves, blown and waiting to be collected. Of course, jumping in it crossed my mind, but I would never...

But a six-year-old would. Inside the store, in the kid's section near the vintage-washed jeans and graphic tees, I bumped into my sister-in-law and my nephew. We walked outside together, and there was the pile. Despite his mother's warning, you know what happened next.

Maybe one day you see a kid pouncing on a leaf-pile, and you wonder where that dawn-till-dusk joy springs from. Or you come home and are greeted by your dog, who's about to pee herself, she's so happy to see you. The child and the dog, they haven't forgotten their creaturely-ness, and they're worshiping with all their being the fact that they're here.

And then there's you and me, with the 5-Hour Energy tabs and the four-inch glass screen we're betrothed to and the sense that something's off.

Ennui-enza has to do with not being here, not really. It's also all wrapped up with shame and following the rules (even the dumb ones) and people-pleasing and perfectionism and, most of all, forgetting who we were when we were six and didn't necessarily listen to our mamas.

Here is the battle cry: Get real or perish. In some form or fashion, honor the firefighter or ballet dancer you always said you wanted to be. At least find your firefighting or ballet dancing essence. And don't be afraid of a big fat fail.

We'll love you all the more for it.

So I'm listening to that little girl who, though she could barely read, thought life would be grand if only she had a typewriter. Nothing about writing feels workaday, even when the well's running dry. I get to do this, even if I have to squeeze it in the cracks. Even if only one person reads my stuff. (Hi, Mom!) Worst case scenario? I get better at writing.

I have no idea what will happen, which means I'm on shaky ground. I feel like a tourist, with an orange jacket and clunky white sneakers. This is a good thing.

My assignment is to rut-bust, and I'm attacking it like I would a serious work project, though my focus is process rather than final presentation. On tap this week: a public transportation day, just me and my journal.

More:
depressionDysthymiapassionfailureGPS For The Soul
Newsletter Sign Up
An essential daily guide to achieving the good life
Subscribe to our lifestyle email.
Successfully Subscribed!
Realness delivered to your inbox