Emily Dickinson said in one of her poems that "The brain is wider than the sky." I've been trying to narrow it down for the past 25 years, especially in terms of how it makes emotions, and how it goes wrong in emotional disorders. One of the key problems that we face is that the thinking part of our brain is poorly connected to the emotional part, which is why we can't control our emotions as readily as we'd like to. At the same time, the emotional parts have strong connectivity with the thinking part, so that emotions, once aroused, dominate our thoughts and actions. These facts account for why we respond to challenges with fear, anger and aggression rather than understanding and compassion. We can't rewire the brain, but through research we may be able to figure out how to do an end run around the limitations of our wiring-- better living through neuroscience!

I've written books (The Emotional Brain; Synaptic Self) that try to explain what we know about emotions and the brain to non-scientists. But lately I've been trying another approach. I've been writing songs about mind and brain and mental disorders, putting them to rock n' roll, and playing them with my band, The Amygdaloids, named after the part of the brain I work on, the amygdala. We're all NYU scientists, and 3 of us work on the brain. I wrote a blog here about this a few months ago. But I'm blogging now to announce that we've just released our first CD -- Heavy Mental.

Our signature song is All in a Nut, named for the amygdala (from the Greek, meaning almond). So why do we feel so afraid? It's all in a nut. As we all know, An Emotional Brain is a hard thing to tame. If you don't already know why, listen to the song (listen even if you know the answer). Philosophers have long argued about the relation of mind to body. The protagonist of "Mind Body Problem" faces this deep dilemma. His ex-girlfriend, after jilting him, wants to come back -- his body wants her so but his mind says no. Another philosophical point is Descartes' idea that we have privileged access to our own thoughts, and that no one else can be in there. As Inside of Me explains, "you can't see inside of me, that's a place, only I can be." Past lovers often leave strong and enduring memories. A Trace tells a story about this. Memory researchers in the know will figure out that the scientific theme underlying this song is the dominant trace theory. Sometimes we have memories that we can't get rid of. In post-traumatic stress disorder, these can be debilitating. We've done research in rats showing that a specific memory can be deleted by carefully timing the retrieval of that memory with a drug, a so-called Memory Pill, hence the name of that song. We are trying to see if this will work in people too. Extinction, written by Tyler Volk, our lead guitarist, tells the story of human demise, and our replacement by androids, hairless and brainless cyborgs that rule the earth with their superior electronic minds. written by In a nutshell, that's Heavy Mental. 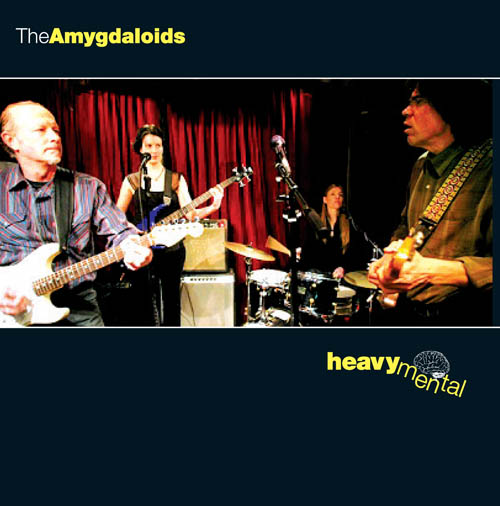 Neuroscientist, NYU; Director of the Emotional Brain Institute; Member of the Rock Band The Amygdaloids