It's Memorial Day weekend and many of us are preparing for barbecuing, beaching or just hanging out. But a note landed in my partner Jim's email inbox a few days ago that made me pause and think about the true importance of this holiday: honoring the valor of our soldiers, many of whom sustain injuries that are very close to my heart, or should I say my brain.

As many of you know, I'm a survivor of a brain tumor. I was beyond grateful to get my surgery at Massachusetts General; I'm one of the lucky ones who is fortunate enough to seek the best care and get it, but it's not lost on me that many people in this country are not in the same position. And because brain health is such a factor in my life -- from getting nail-biting quarterly checkups to fundraising for the board of the Bob Woodruff Foundation to assisting with the Home Base Program of Mass General and the Red Sox Foundation -- brains are very much a passion point for me. Though Jim's work and mine don't often meet (he's a criminal defense attorney and I'm CEO of a PR agency), the correspondence chain he shared with me was career-agnostic and tugged at both of us.

The email came from New Milford, Conn., resident Lori-Ann Lytle, who wants to get the word out about the tragedy of post-traumatic stress disorder (PTSD). Lori-Ann's husband, Rob, a 42-year-old veteran at the time of his death, committed suicide in 2010 after suffering for years with PTSD, anxiety, depression and alcoholism. Rob was a veteran who served his time for our country in armed conflicts including Desert Storm and Just Cause (the U.S. invasion of Panama) and served in what Lori-Ann called a hell-on-earth battle that ended in his unfortunate death by a self-inflicted gunshot wound to the head. He was, in Lori-Ann's words, her own "American hero," not perfect by any means but someone who fought for what he believed in and went to war and "did things others would not be willing to do." Lori-Ann traces Rob's mental illness to his years of service and notes that it always seemed particularly severe around the anniversary of the invasion of Panama, his first major battle as an MP, at age 21, during which he witnessed friends, Panamanian forces and civilians die or get wounded. 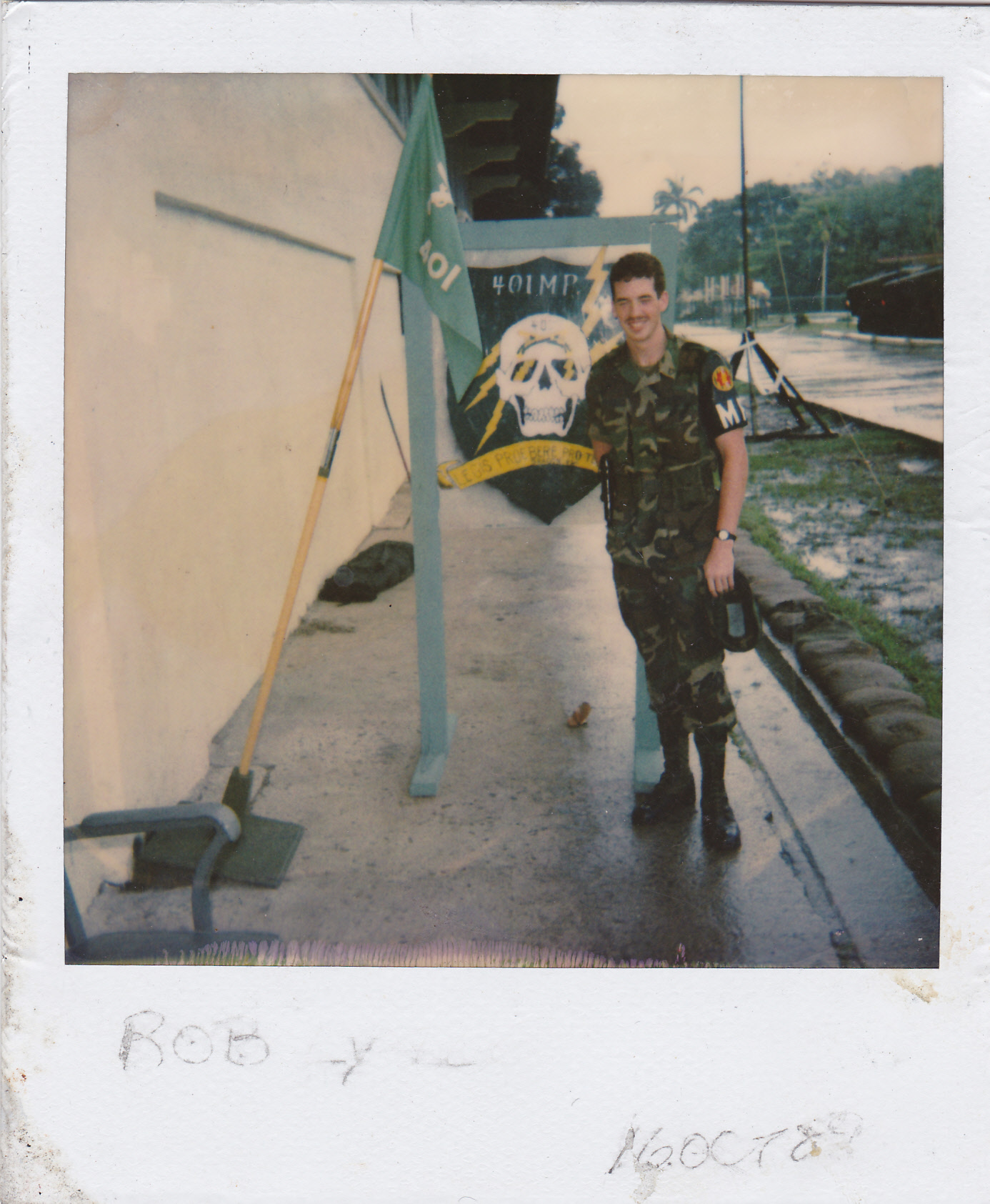 
What made matters worse, and most likely cost him his life, is that Rob wasn't able to get help from the government, which never checked in with him or contacted him regarding his status since leaving the military. This is one case in which bureaucracy and being a faceless number led to a casualty -- a casualty for Rob's family, and a casualty for the country that left him behind. It was not hard to see that something had gone terribly wrong while Rob was in service, yet his undiagnosed PTSD remained just that. In fact, Rob's widow found paperwork after his death that showed he had contacted the VA to try and get help, and his claims were denied and rejected.

We hear these horrid stories all the time on the news, but this one was personal because Rob had gotten himself into some trouble in the last few months of his life, and Jim represented his criminal case, which was likely to settle but didn't get resolved because Rob took his own life. I never know much about Jim's clients, yet because Rob was a veteran, then a suicide victim, I was concerned and wanted to attend his wake to pay respects and to acknowledge that Rob was an American hero, not just a number. He had the misfortune to be mismanaged by a system desperately in need of a reboot -- now.

As we walked through the funeral home and saw all the remembrances of his service, I realized it was the first time I had experienced the real casualty of war, the hidden injuries, up close and personal.

Jim's recent correspondence with Lori-Ann motivated both of us in our goals to create and spread awareness of all things brain health. Our professions meet when it comes to doing good works; Jim has made a career advocating for human rights and I've set a work and life goal to educate others about social responsibility and its importance in modern life. Just last month, we opened our home to raise money for the Woodruff foundation (on whose board I serve). It was when Lori-Ann heard of Jim's interest in the Woodruffs and the good works of their foundation that she asked if people in our network could help spread the word, to give their family tragedy meaning and prevent more of these suicides as our men and women of the armed forces return home. Her concern is also for the vets of past wars who have been suffering for decades, often with nobody to talk to or understand the horrors they have seen.

I have spent my life talking about storytelling and newscrafting as the most powerful tools we have to deliver messages, so I know there's great weight in telling stories like these and spreading knowledge about the disastrous effects of trauma on the brain -- and how nobody should be denied care or counseling when they return from a war.

I am grateful to the mainstream media who are reporting stories to create awareness for brain trauma. Just last week, a CBS News piece said that autopsies of four soldiers who served in Afghanistan showed brain damage similar to that in professional athletes with a history of head trauma. Isn't it interesting how severe brain trauma is affecting two versions of our most beloved American heroes, football players and soldiers? They might not fight for the same team, but their senseless deaths are similar: They leave loved ones behind, they didn't have to die and their cases bear a grim reminder of how taking care of one's brain is as important as taking care of any other internal organ that keeps us alive.

Most of us don't think of a football stadium as anywhere near as dangerous as the mountain passes of Afghanistan or the deserts of Iraq, but with the recent death of yet another athlete, Junior Seau, the football field is proving to be a major battleground, where players pay the ultimate price for a chance at a Super Bowl ring or fleeting notions of glory. Regardless of how young men and women sustain their brain injuries, though, we have to push for knowledge as power. We have to fight to educate about how to take better care of those stricken with chronic brain injuries.

Although two of the greatest attributes of our country might be our competitive spirit and our defense of our values and freedoms, one can't help but wonder at what price. Brains are the tie that binds us, but are we really coming undone? Think about it. If you're lucky enough to be able to do that, you should be more than compelled to spread the word, too.

My reason for writing this is to tell the human story that good people, everyday people, are the victims of heroic lives. Plus, I'd like to ask you to reach out to Lori-Ann and their 11-year-old son, Alexander John, to thank them for the sacrifice their family made for our country. Life isn't fair when the son of a hero doesn't get to grow up with a heroic dad. He needs to know his dad did some real good that we all can remember on this solemn day with our burgers and parades.