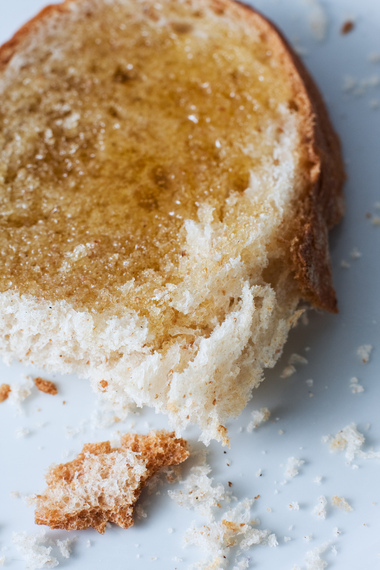 Have you ever taken breadcrumbs and tried to make a piece of bread?

I have, perhaps not literally, but those little pieces of bread would just crumble in my fingers while gluing them together, making it messy, sticky, and giving me crouton hands.

I, literally spent years trying to put breadcrumbs together everywhere in my life, give me a little and I would make it seem bigger, better and more amazing than it really was...at least in my mind.

You see, I didn't know any better....I thought everyone did it, especially in relationships. Weren't they supposed to be a struggle? Wasn't it where one partner gave more than the other? Sort of a victim/martyr situation?

And let me also throw in the low self-esteem I had as an extra set of luggage since childhood. No one, not a single person could make a difference in how I saw myself and therefore, because I also had a blind eye toward me; I had breadcrumb everything!

Why do some allow themselves to accept so little and make it seem as though it's fulfilling? You may do this by saying:

If so, welcome to the breadcrumb relationship! You're on board this sinking ship, while telling yourself this is enough, it's okay....and the fact that you're wearing a life-vest is no big deal.

It's painful, your insides resemble spaghetti--anxiety, stress, over-giving, not receiving, fear, and so on, it's torture! If you share any relationship details and your friends or family cringe or look at you, like they want to save you....then you know you're in the grips of hell.

Some of you may think this is your person, your soulmate. There are many wonderful things to connect over, but the relationship (if it exists) itself and how it operates, is one big dysfunction!

If your daily mantra, includes painfully talking yourself into staying put, because you can't let go, or if instead, you cut it off, only to be emotionally tied up in knots over him or her still, you have to look within.

It's not the other person.

It's your thoughts and feelings about what you truly deserve based on what you've gotten so far!

If you were raised without emotional intimacy from your parents, you will be seeking it and repelling it, until you wake up to yourself.

If you were treated poorly as a child; your self-esteem stomped on by not having your voice heard, criticized with no positive reinforcement, your feelings not accepted, or experienced no support for who you were and your endeavors, then you don't know your value or worth as an adult, until you treat yourself as someone worthy.

All of us yearn for connection, to belong, it's physiology. Anything else we tell ourselves is meant to protect us from disappointment and because we don't believe we can have what we really want; we weren't created to be alone.

What can you do if you're in a breadcrumb relationship?

More:
self-acceptancedivorceLoveconfidenceLove and Relationships
Newsletter Sign Up
An essential daily guide to achieving the good life
Subscribe to our lifestyle email.
Successfully Subscribed!
Realness delivered to your inbox