Fret not for the Broadway season of new musicals, dear friends. Even if, as rumors have it, a summer (post-Tony) opening is announced for Hamilton, all is not lost for this season of Broadway musicals. As a matter of fact, I find shocking characterizations of the musical season as "weak" and "anemic" this early on. 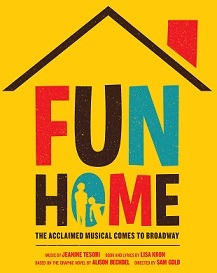 We have had three musical openings already, only one of which was truly slammed. The Last Ship disappointed at the box office, but not many thought it was a completely failed effort. And then there is Honeymoon in Vegas, which wasn't universally loved, but received some pretty amazing reviews.

Plus, we still have the spring. Fun Home is coming to Broadway on a wave of acclaim. People loved this musical off-Broadway. It was extended; it was sold out. Now everyone acts like it's lame. I don't love it--and we all know it is a tough sell--but let's not act like it is an also-ran. This is a well-loved and admired tuner.

Then there is Something Rotten!, a show rushed in after a workshop that had people raving. It doesn't seem like my humor, but a large amount of people thought it was great. Some even thought it was "rolling in the aisles" funny. Let's see. No need to dismiss it yet.

We have The Visit, which comes with quite a pedigree, and some good reviews for this production. You can never count out Chita plus Kander and Ebb. That's a winning combination. 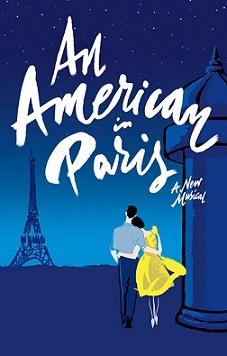 And then -- the show that I really don't understand why people are dismissing -- An American in Paris. Critics and dance fans love Christopher Wheeldon. Pretty much everyone loves that score. This is the show that not a lot of people are talking about and could be really amazing. (I had a whole column planned on this topic at one point, but Michael Riedel beat me to it.) I am hopeful that it will have some "wow" factor. Those describing the "weak" season certainly do not know it will not.

There are also three other musicals: It Shoulda Been You (which I hope improved from its run years ago at New Jersey's George Street Playhouse), Finding Neverland and Doctor Zhivago.

So let's not act like this is the worst musical season in years -- we are pretty far from Memphis winning a Tony. Producers have taken a lot of risks this season, beating them down at this juncture is not necessary.